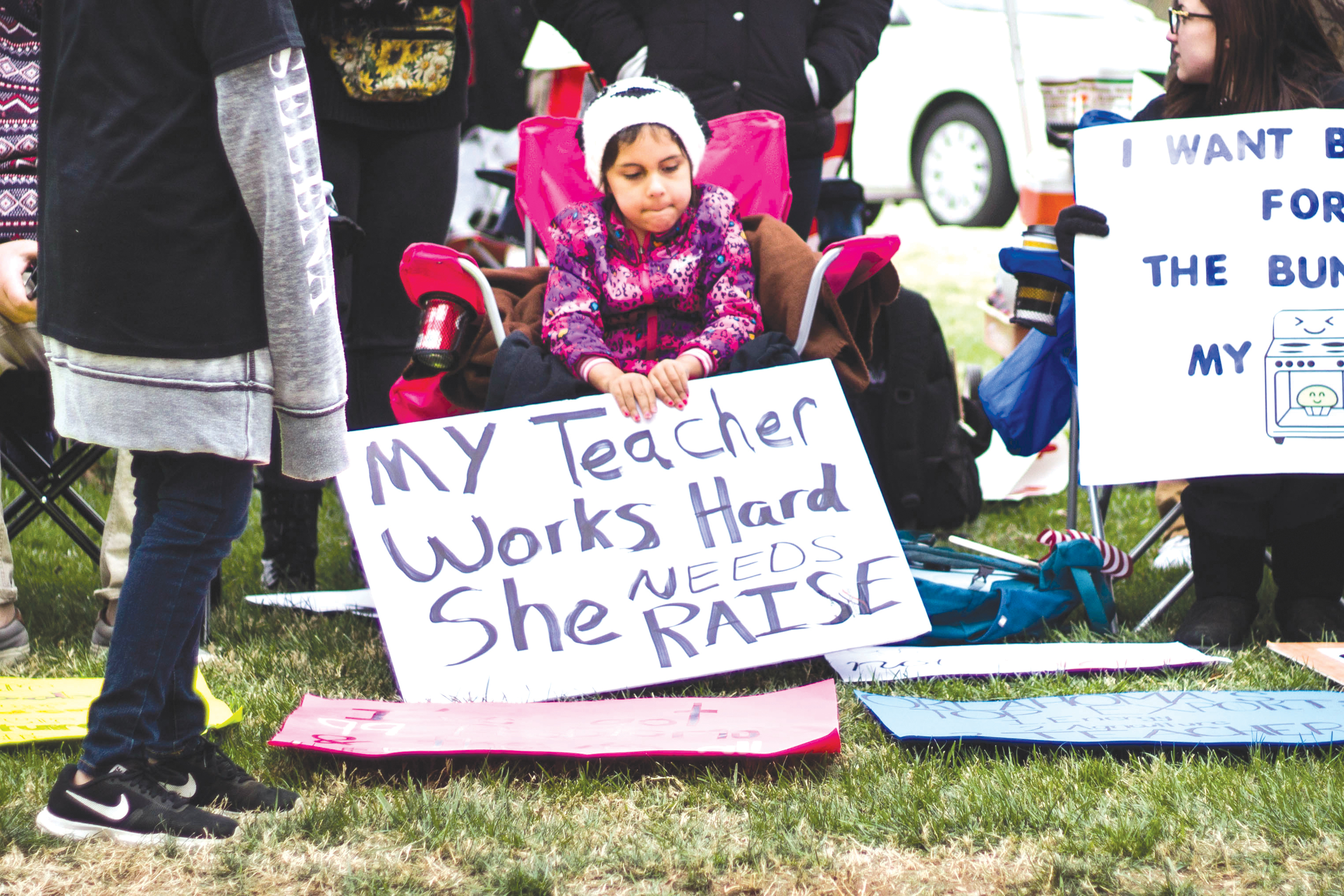 After several educators and individuals in Oklahoma took to the Capitol for the teacher walkout last April, current state legislators have filed several bills that would make it illegal for a similar protest to occur again.

After several educators and individuals in Oklahoma took to the Capitol for the teacher walkout last April, current state legislators have filed several bills that would make it illegal for a similar protest to occur again.

According to one of the pieces of legislation, House Bill 2214, which was authored by, Rep. Todd Russ, R-Cordell, it will be illegal for the board or school district employees to strike or threaten to strike or otherwise close schools or interfere with school operations as a means of resolving differences with the board of education, the State Department of Education, the State Board of Education, the Legislature or any other public official or public body.

“Especially for Representative Russ’ bill 2214 not allowing for school closures and a walkout and penalizing teachers, we feel that it is an extreme overreach with [penalty] measures tied to it,” said Katherine Bishop, vice president for the Oklahoma Education Association. “It’s on the verge of being unconstitutional is one thing, however, it’s also limiting the people’s voice at the people’s house.”

If this bill is passed, it states that any person engaging in a strike, shutdown or related activities shall be denied the full amount of his or her wages during the period of such violation. And if the person holds a certificate issued by the State Board of Education, such certificate shall be permanently revoked.

Russ said the language in HB 2214 is amendatory to current state statue, which declares that it is already illegal for teachers to strike.

“Students deserve to be in their classrooms learning and preparing for their next grade and their next phase of life,” Russ said. “I understand the plight of teachers, which is why I voted for the largest teacher pay raise and the largest K-12 education budget in state history.”

Russ said he advocates for teachers to reach out to him or any other lawmaker at any time to voice their opinions and concerns, but that his fault is with the unions who knew it was illegal under state law to strike.

Oklahoma State Department of Education Superintendent Joy Hofmeister declined to comment on the proposed legislation, because she has not visited with the authors about them yet.

Russ also authored HB 2208, which relates to school employee organizations, such as the Oklahoma Education Association. If passed, this bill would prohibit specified existing organizations from continuing to represent teachers by Dec. 2020. This would also require the local boards of education to hold a secret ballot election to determine if the organization retains support of the majority of its employees.

State Sen. Mark Allen, R-Spiro, authored Senator Bill 592, which states that if the bill is passed, any organization or group of 100 or more persons that engages in an organized protest at the Capitol will be required to post a bond of $50,000 with the Oklahoma Capitol Improvement Authority in order to offset the cost of additional security, clean up and repairs. If passed, this act would go into effect Nov. 1, 2019.

Allen also authored SB 574, which states that each school district of education will have to establish a code of ethics and professional responsibility for teachers that provides that no teacher, regardless of continuing contract status, is permitted during class time or while otherwise operating within the scope of employment as a teacher from advocating for or against candidates, legislation or political issues.

“The bottom line is the general public is on the teacher’s side right now and that makes a big difference with legislators,” said James Machell, dean of UCO’s College of Education and Professional Studies. “The legislators aren’t convinced to change things if they think it is just the teachers that are upset, it’s a bigger problem for them if they see that the general public is upset, because that is going to effect their ability to get re-elected and to stay in office.”

For more information about these bills visit oklegislature.gov and look for Basic Bill Search under the Legislation tab.