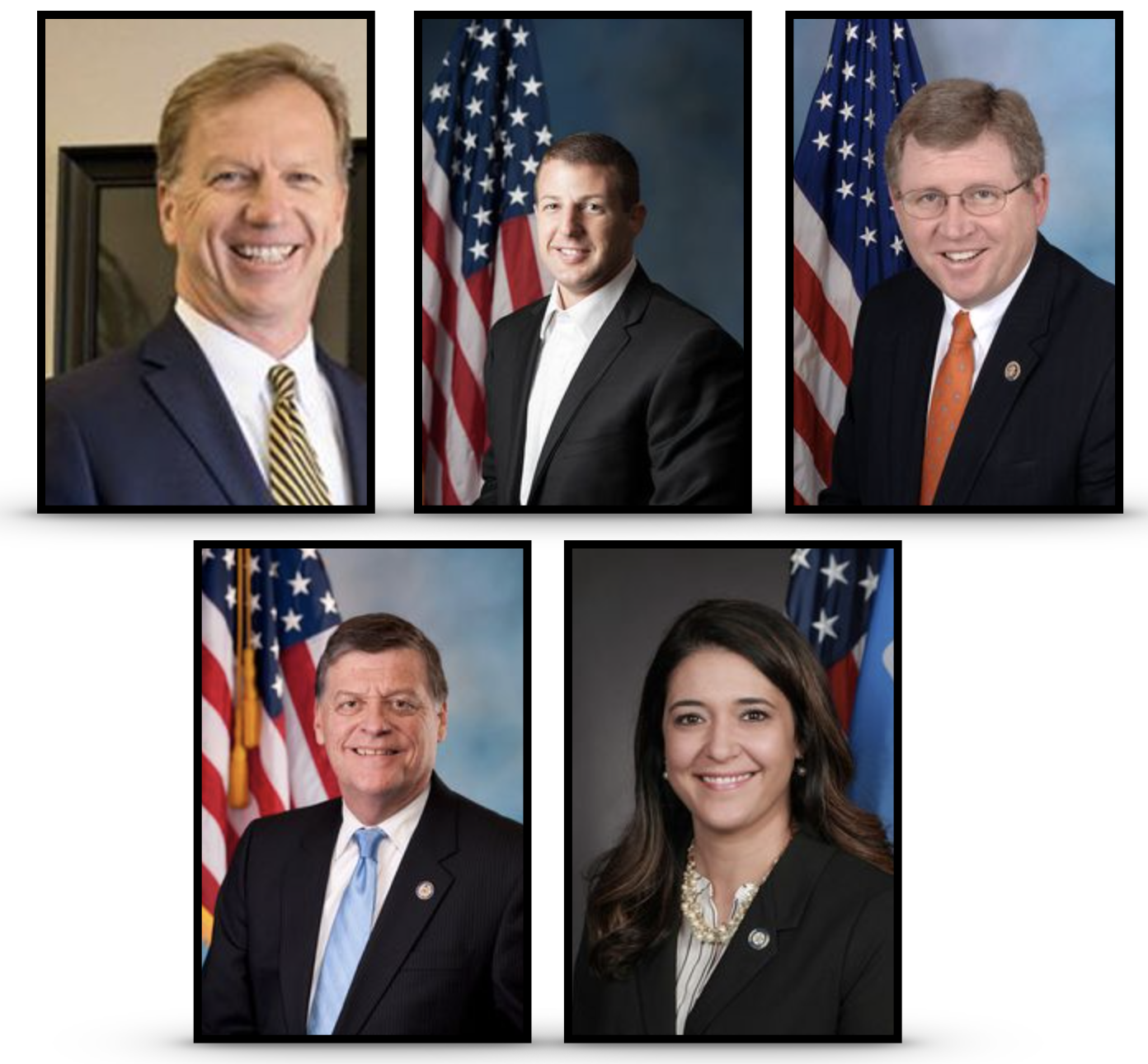 Five Oklahoma candidates are projected to win the Nov. 3 election for the state’s five congressional districts to serve in the U.S. House of Representatives.

The Republican Party currently holds four out of five congressional seats from Oklahoma. All of the 435 U.S. representatives are up for reelection this year.

The Producing II class from the Department of Mass Communication at UCO conducted an informal poll with students to find their top issues for the Nov. 3 election. Over 130 students were polled, and here are their topics of most interest: human rights, social justice, healthcare and economy.

Kevin Hern was born in Belton, Missouri. He is a businessman and has held various leadership positions dealing with finance, tax, insurance and more.

Hern assumed office on Nov. 13, 2018. Hern represents the Republicans and is running for reelection to the House.

According to his website, Hern’s key issues are veterans, economy and jobs, budget, family values, immigration and national security. He also believes in protecting Second Amendment rights, life and religious liberty. He is a supporter of President Donald Trump and has voted against Trump’s impeachment. In a statement on social media, Hern expressed his support for Amy Coney Barrett’s confirmation to the Supreme Court in a press release.

Hern supports repealing Obamacare and believes in a free-market driven healthcare system, where healthcare decisions are made between patients and their doctors.

Markwayne Mullin, a business owner and former mixed martial arts fighter from Westville, Oklahoma, assumed office on Jan. 3, 2013. He represents the Republican party and is running for re-election to the House for a fifth term.

Mullin is a member of the Cherokee nation and is one of four Native American members of the 116th Congress.

According to his website, his key issues are defense and national security, economy and jobs, education, energy, foreign affairs, health issues, Native American affairs, spending cuts and debt, tax reform and veterans issues. Mullin expressed his support for Amy Coney Barrett’s confirmation to the Supreme Court in a press release.

According to his economy and jobs platform, Mullin wants to cut government spending, reform tax code and end regulations that restrict the private sector from creating jobs.

Frank Lucas was born in Cheyenne, Oklahoma. He graduated with a degree in Agricultural Economics from Oklahoma State University in 1982.

Lucas has been in office for 17 years. He was first elected to the House to represent Oklahoma’s 6th congressional district, but it was eliminated in 2003. Before serving in Congress, he served in the Oklahoma House of Representatives for 5 1/2 years.

Lucas is running for reelection under the Republican Party. His reelection has been endorsed by President Donald Trump and the Oklahoma Farm Bureau.

According to his website, Lucas calls himself a “crusader for the American farmer.” His issues are agriculture, defense and national security, economy and jobs, health, immigration, lower taxes and government spending, protecting social security, real energy solutions and veterans affairs.

Lucas expressed support for the confirmation of Amy Coney Barrett to the Supreme Court in a press release.

Lucas aims to “put money back in the pockets of American people.”

According to his economy and jobs platform, Lucas wants to cut down on government spending and cut taxes on American families and small businesses.

Tom Cole, a former European history professor at the University of Oklahoma born in Shreveport, Louisiana, has been in his position for 17 years. He is running for reelection under the Republican Party.

Cole is a member of the Chickasaw nation and is one of four Native American members in Congress. He serves on the House committees on Appropriations and on Rules.

In a press release, Cole expressed his support for the confirmation of Amy Coney Barrett to the Supreme Court.

Bice is pro-life. She was endorsed by Oklahoma Right to Life. According to her website, she has supported pro-life policies and advocated against those that promote abortion in the Oklahoma State Senate.

Fighting for affordable healthcare is one of Bice’s key issues. She opposes Medicare-for-All. If elected, Bice will work toward patient-centered healthcare where families will have the power and control to make decisions about their own healthcare.