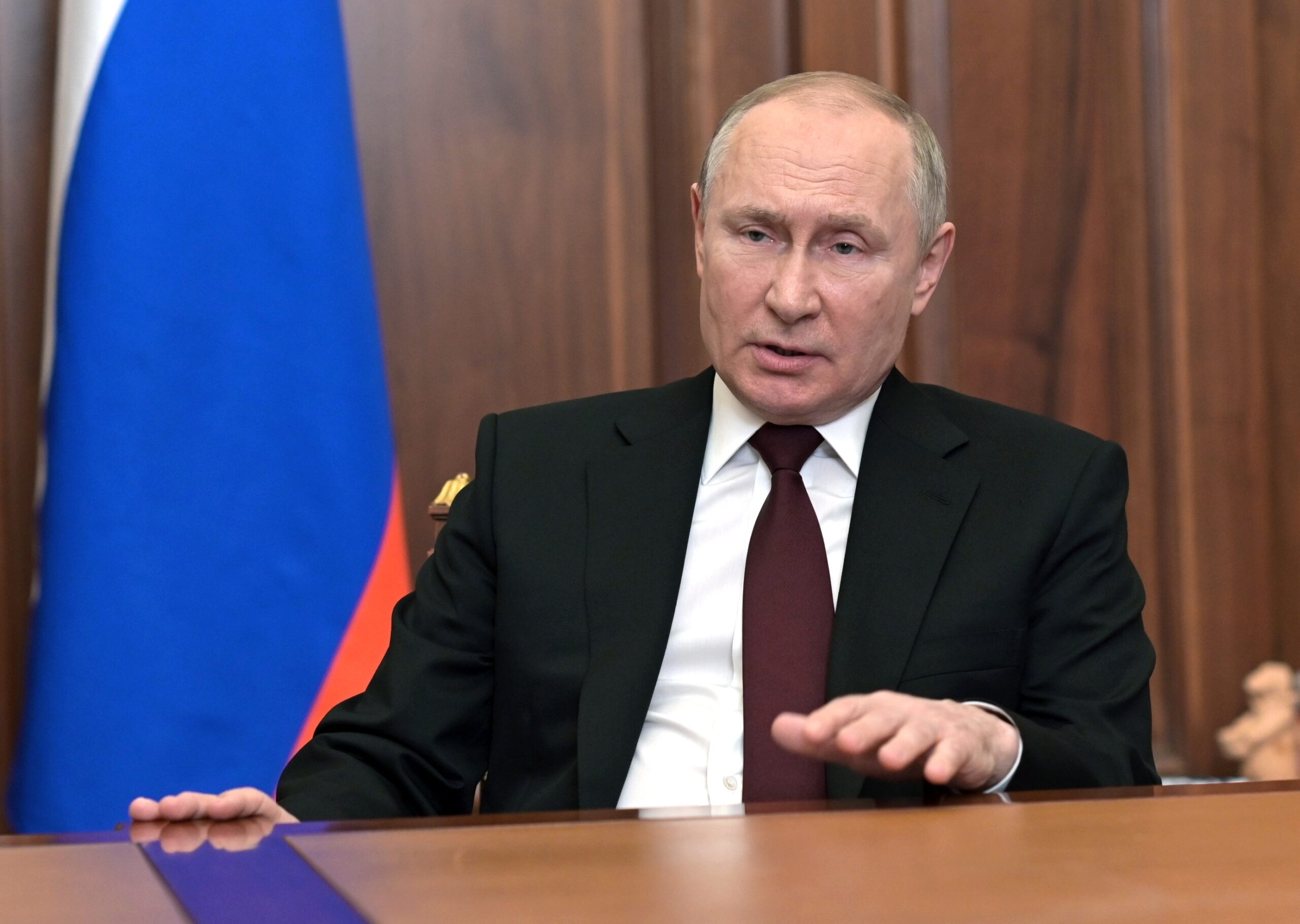 Rumors of martial law have surfaced among the Russian people, adding fuel to an exodus already in progress. Moscow denied the rumors while the number of Ukrainian refugees rose to over 1 million during the second week of the invasion.

The BBC has suspended journalistic operations in Russia in response to a new censorship law. The bill allows prosecution and potential imprisonment of anyone accused of publishing “false information” about Russian military operations.

This news comes after anti-invasion protests in the streets of Moscow and after dozens of journalists have been detained across Russia. Five journalists currently face charges.

Senator Lindsey Graham, representing South Carolina, has called directly for Putin’s assassination specifically by someone in the Russian president’s inner circle, asking in a tweet if there is a “Brutus” for Putin.

Thirty-eight countries have referred reports of war atrocities in Ukraine to the International Criminal Court (ICC).

The U.S. has officially banned Russian aircraft from American airspace.

During the second week after Russia invaded, the Kremlin said in a statement that the invasion is “going according to plan.” Meanwhile, President Biden said he will “make Putin pay” for the invasion of Ukraine.

The Vista spoke to three people who have taught Russian history at UCO about the situation.

“Many Russian citizens are taking to the streets to protest the war,” said Jeffery Plaks, professor emeritus of Russian history at UCO. ”Russian security forces have arrested over 6,000 so far, but the protests continue. Poland, Slovakia, Hungary, and Romania have opened their borders to almost a million Ukrainian refugees, so far with open arms, but in time the increasing streams of women and children might cause a nationalist backlash in those countries.”

Loren Gatch, professor emeritus of Russian history, said in an email interview, “as long as the fighting stays within Ukraine, I think the surrounding countries will confine their activities to dealing with surges in refugee flows. Two of the neighboring countries, Belarus and Moldova, aren’t part of NATO. The others are, and this enhances the tension, of course. Those NATO countries will try to help Ukraine with supplies (but not military troops).”

Erik Huneke, professor of Russian history, said the Biden administration’s strategy is to avoid war “as much and as long as possible.”

However, in the event of an “expedited path to NATO membership for Ukraine,” Huneke said, “that in and of itself would serve as a justification for US military involvement.”

Huneke said many Russian troops carrying out Putin’s orders are “true believers in whatever they think that they are fighting for.

“The question is, what do they think they’re fighting for?” Huneke said, “Do they believe that they, you know, are taking the thrill out of conquests and re-taking control over part of what they think is right, for part of Russia? Because it had been part of the Soviet Union or because of historic connections between Ukraine and Muscovite Russian culture? Or is it because they believe the lies the government has said about the need to, quote unquote, de-Nazi-fy, Ukraine? Because the line that’s been coming from Putin has been consistent.”

Plaks said there are “a couple of important reasons for Putin’s war against Ukraine. First of all, Putin is a ‘revisionist,’ which means he deeply resents the way the Cold War ended in 1991 with Russia’s loss of empire and NATO’s incremental expansion to include former Soviet republics and satellite states.”

Huneke said that the North Atlantic Treaty Organization (NATO) “had a number of different motivations, but it was largely a creature of the Cold War.

“I think one of the questions that has yet to be answered is, is NATO still in a Cold War mindset?” Huneke said. “Is it still a power that is primarily directed against Russian expansionism and aggression? Or is it in fact, an alliance that could theoretically incompetence, any number of different nations including potentially Russia itself, against any potential hostile aggressive power, wherever that power may be?”

Plaks said that Putin thinks of himself as a champion and protector of Russia’s world status and influence on surrounding nations.

“Ukraine, in particular, became an enormous problem for Putin after Ukrainians in early 2014 deposed their corrupt, pro-Russian president and clearly indicated they aspired to break free from Russian influence, eliminate corruption, and create a western-style democracy,” Plaks said. “Putin responded by invading Ukraine, annexing the Crimean Peninsula, and instigating a separatist insurrection in Eastern Ukraine; however, that didn’t stop Ukrainian efforts to become a European democracy, so several days ago he exponentially expanded the war against Ukraine. The second reason for Russia’s invasion is that Putin will not allow a neighboring nation of brother Slavs to have a viable democracy rooted in the rule of law on his border. Such a successful model would encourage Russian citizens to oppose his corrupt kleptocracy,” Plaks said.

Gatch said some of Putin’s “reasons are simply made up, like Ukraine is practicing genocide, or that it’s full of Nazis. The more understandable reasons have to do with Ukraine’s political orientation. Does it look to Europe, or does it look to Russia? Putin wants to keep Ukraine from joining the European Union, and especially joining NATO. Above all, Putin (and many other Russians) regret the disintegration of the old Soviet Union, which led to the emergence of a modern independent Ukraine in 1991. They would like to reverse that independence,” he said.

Gatch references the separatist regions of Donetsk and Luhansk, calling them “basically creations of Putin, in the sense that the Russians have actively supported their agenda. Eastern Ukraine is Russian speaking, but it isn’t necessarily the case that those Russian-speaking Ukrainians want to rejoin Russia (originally, the people of Ukraine overwhelmingly voted for their own independence from the Soviet Union). Russia has found it useful to encourage the separatists so as to destabilize Ukraine.”

Gatch does not believe the US will send in troops.

“What is more likely to happen, and which would also be dangerous, is the spilling of the war into neighboring countries that are members of NATO. That would indeed involve the Americans. If Putin chose to widen the conflict by acting preemptively to invade other countries, then that would also bring in the Americans. However, I don’t see that as likely, assuming Putin hasn’t gone mad or something,” Gatch said.

However, Huneke said, if “Ukraine’s emergency application for membership to the EU is accepted in an expedited fashion, if that is indeed even possible, if the scope of civilian casualties increases, in a very visual way beyond what has already happened, that might very well cause pressure to increase in terms of military intervention.”

Huneke said “it is possible that the Russians might collapse under the weight of their own ambitions that are not necessarily realizable, either in terms of their military preparedness, their economic preparedness, but also again, getting back to this fundamental issue of to what extent is Putin susceptible to opinion on the ground at home, whether amongst his troops as well as the general populace.“

Gatch said he would “stress how ominous this all is.”

“Europe hasn’t seen an invasion like this since World War II. This sort of thing isn’t supposed to happen anymore! Frankly, I’m unclear as to what Putin’s endgame is. He’s trashing his economic and political relationships with Europe. I don’t see how he could’ve imagined this would turn out any differently,” Gatch said.

Gatch also worries about “cyber warfare. It may well happen that Russia attacks Europe and the United States with its formidable cyber capabilities. This could inflict immense damage upon civilian infrastructure–transportation networks, power grids, etc. Countries, including the United States, could lose access to electric power for weeks at a time. This wasn’t a major threat in an era before the internet and digital networking. But now it is, very much so,” he said.

Plaks said that “Putin overestimated the abilities of his military and underestimated Ukrainian resistance and the international response to his invasion. Ukrainian soldiers and citizens have heroically rallied to defend their nation against the invaders. European and American economic sanctions targeting Putin, his oligarchs, and the Russian economy have been far more severe than in the past and the Russian economy is tanking as a result. But it might take more than sanctions and Molotov cocktails to stop Russian tanks, MIG fighters, and heavy artillery from allowing Putin to realize his main objectives: taking Kyiv and installing a puppet government that is subservient to Moscow.  On the other hand, Putin has never been backed into a corner like this. His modus operandi is to double-down, but it’s possible that current talks between Ukraine and Russia could lead to a negotiated settlement.”

Plaks said he fears that “the post-Cold War Era is over and civilization is giving way to a new international normal in which, to quote Thucydides, ‘the strong do what they can, and the weak suffer what they must.’ Nuclear nonproliferation is off the table and nations will devote more wealth to militarization and less to combat global warming.”

Huneke said that he has heard a comparison of Russia and Ukraine to China and Taiwan.

“Taiwan and Ukraine are both in this interesting position of places that Western countries claim to be in support of but have no actual formal obligation to intervene to protect them from the prospect of invasion,” Huneke said.

“Putin’s played a long game, he’s been in power in some way, shape, or form for 20 years, he has become involved in various conflicts, mostly without consequence to himself. This is, I think, his biggest gambit,” Huneke said, calling the timing “noteworthy.”