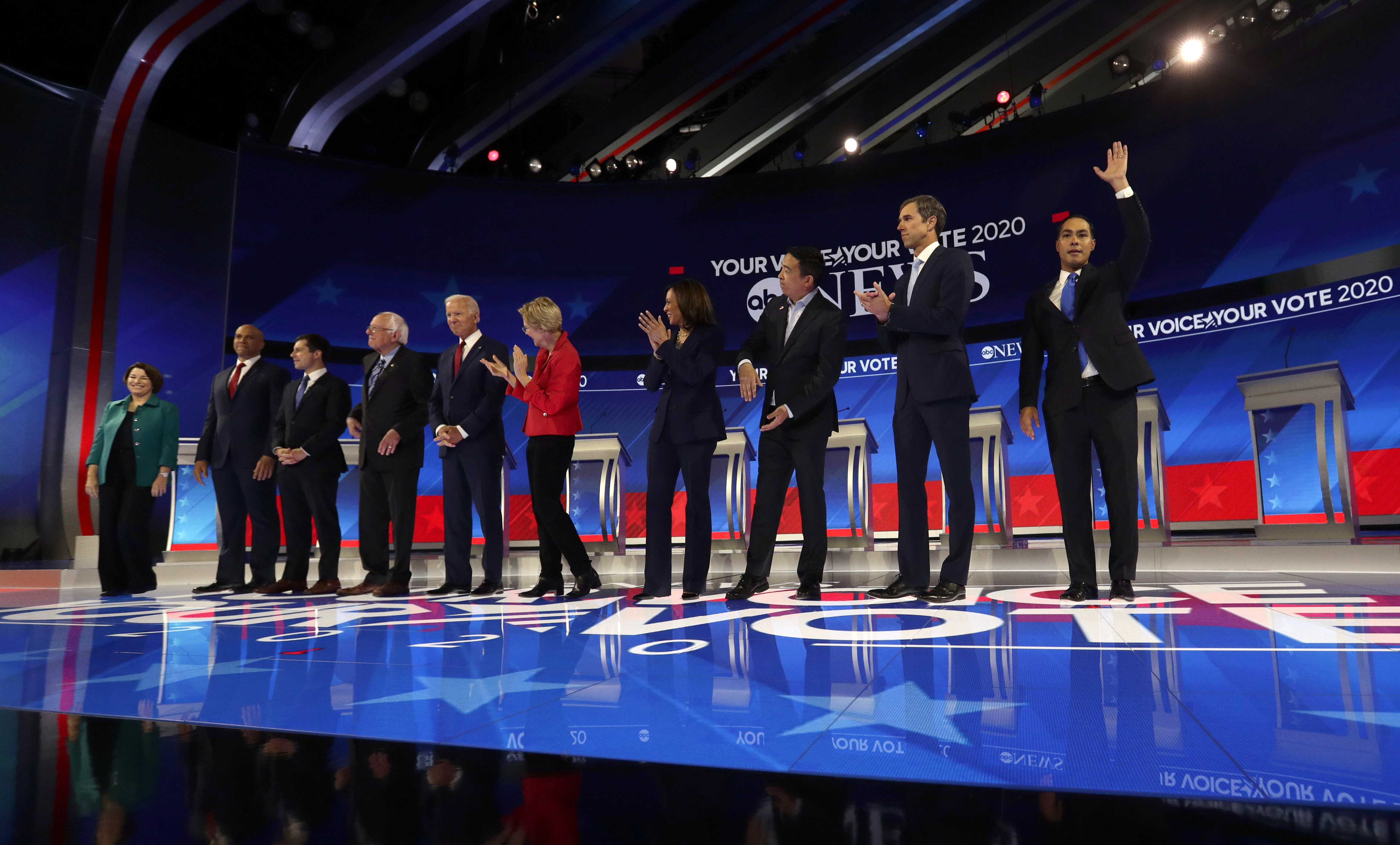 The Democratic Party held its third of 12 primary debates for the 2020 presidential election last Thursday in Houston, Texas on the campus of Texas Southern University, one of the nation’s Historically Black Universities.

In order to qualify for this debate, candidates needed 130,000 fundraising contributors and 2 percent support in four polls.

Candidates gave their opening statements in reverse polling order, starting with former Secretary of Housing and Urban Development, Julián Castro and ending with former Vice President Joe Biden, who has been the consistent leader in the polls.

Castro spent most of his speaking time taking shots at Biden, particularly on his age. However, he did double down on DACA, claiming to have plans to enact immigration legislation in his first 100 days. He was hungry for a breakout moment, but it never materialized.

Sen. Amy Klobuchar (D-MN) was all in on her opposing stance to a medicare-for-all system. She attacked the proposal Thursday, referencing a 2014 Kaiser Family Foundation study that claims 149 million Americans would not have coverage under Sanders’ plan.

This was the highlight of her best debate yet, however she is too far behind to be considered a threat to the front-runners. Klobuchar may find herself as the running mate to Biden.

Former Texas Rep. Beto O’Rourke used emotional appeal and it was very effective. He referenced the recent El Paso shooting when acknowledging his desire for a buyback program for AK-47’s and AR-15’s. He mentioned the shooting again when asked about resilience.

While time is likely running out for O’Rourke and his presidential campaign, the option for an administrative role will likely arise.

Healthcare, as usual, was a hot topic for debate on Thursday night.

Sen. Bernie Sanders (D-VT) brought up some of his usual talking points, like healthcare as a right. Sanders mentioned that under the current private health care system, the United States pays two times as much per capita than Canada and other countries.

“This is America,” Biden replied as he channeled his inner Childish Gambino. This was probably the worst thing he could have said in that context. One thing is for sure, they caught Biden slipping now, Biden is tripping now.

On the topic of Bernie Sanders, will somebody buy the man a bag of Ricola cough drops? He was not feeling well and it showed at times throughout the debate. Sanders wasn’t necessarily one of the losers of the evening, but he certainly didn’t win the night either.

There was no question about climate change for Sanders, who has one of the more comprehensive plans to overhaul the military industrial complex, likening it to former President Franklin D. Roosevelt’s New Deal.

Businessman Andrew Yang’s night was filled with highs and lows. Yang spent time elaborating on why he feels immigrants are scapegoats, which he mentioned in the last debate. He certainly has a valid point.

Heavily embedded in American history is a perpetual march of immigrant labor into the country, followed by integration and acceptance. Yes, the founders were mostly English, but then came Germans, Irish, Italians, etc. These immigrants with strong work ethics kept the country young and vibrant, ushering in generations who were fully integrated into this culture and set up to prosper.

According to the Institute on Taxation and Economic Policy, undocumented immigrants pay $11.6 billion annually in taxes.

Yang’s night was counter-balanced by his attempt to turn his campaign into something resembling a Publisher’s Clearing House Sweepstakes, offering to give ten families $1,000 a month for a year in addition to his Universal Basic Income (UBI) program that would give every American over 18 years old $1,000 a month.

The most memorable moment of the third debate for Yang will undoubtedly be when he said he is Asian, so he knows a lot of doctors. The stereotype joke has received mixed reviews, including CNN correspondent and South Korea native Kyung Lah, who tweeted she was “annoyed.”

It is important to note that even positive stereotypes are dangerous territory. While there may be truth to the fact that Asian Americans on average tend to be thoroughly educated and well off, this opens the door for disingenuous racial comparisons.

Thursday night was also an important one for Sen. Elizabeth Warren (D-MA) as she is simply not a household name like Biden or Sanders. Warren chose not to go on the offensive like many other candidates, instead taking a calculated approach to the issues she spoke on.

She said she feels gun legislation should not be on the table until corruption in government is addressed.

Warren pointed out that no one has an attachment to their health care company, they just want to be able to see the doctor of their choice. This is something private insurance can’t ensure. Her biggest folly Thursday was not sufficiently explaining that increased taxes on the middle class from her plan would be offset by no more insurance premiums. Warren is close in the polls to Sanders, which would explain the lack of aggressiveness in her approach.

Sen. Kamala Harris (D-CA) has completely botched this primary run. She was a moderate left alternative to Biden with plenty of momentum after the first debate, but she has screwed it up by flip-flopping, appearing unfocused and insincere. It would seem Harris has yet to recover from Rep. Tulsi Gabbard’s comments about her record as a prosecutor in the second debate.

Biden, Warren and Sanders were the names to know going into this debate and nothing that happened Thursday changed that.