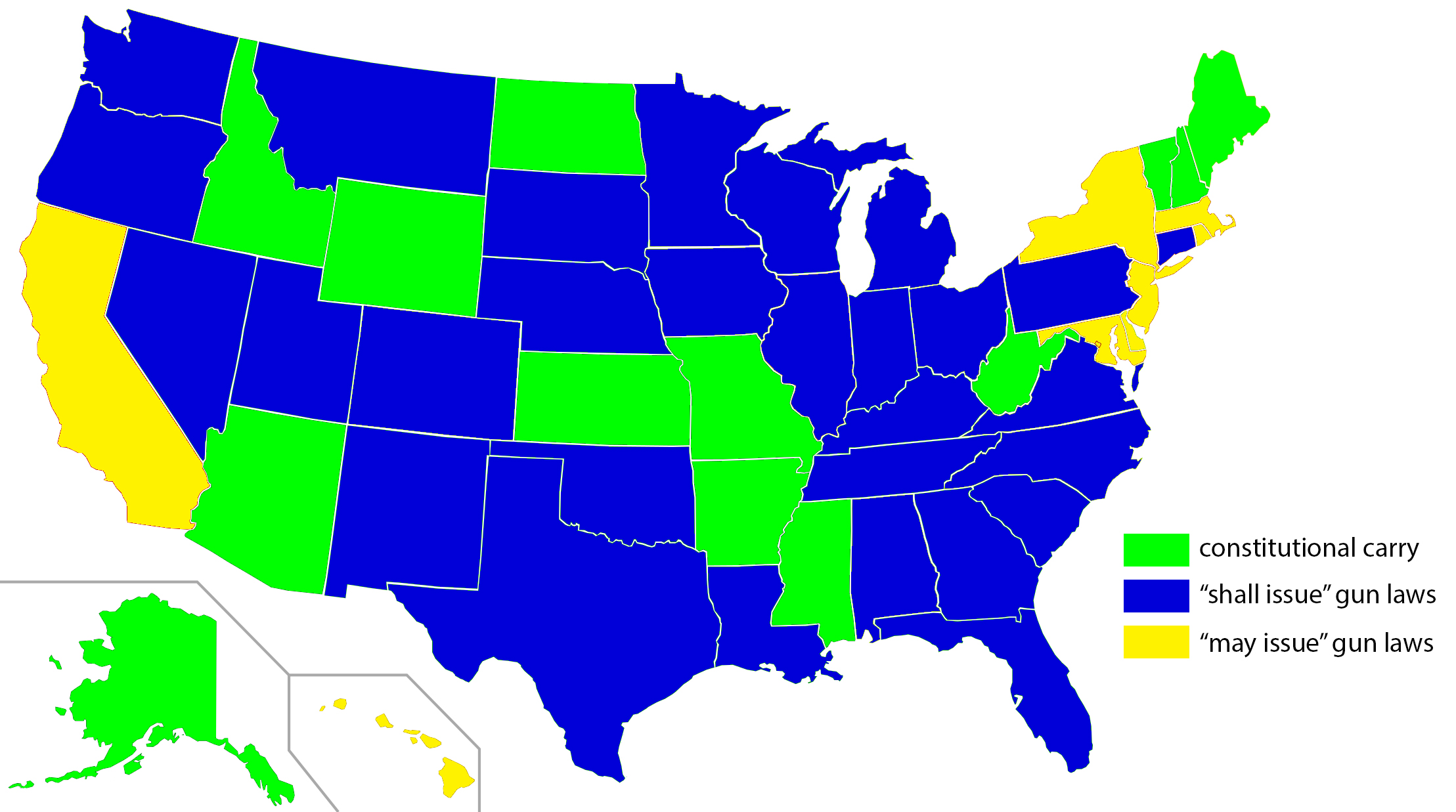 Permitless Carry: How Will It Affect UCO?

On Thursday, Sept. 19, the Edmond Police held a forum at the Edmond Community Center that explained the laws of constitutional carry, as well as held a Q&A session held by Lt. Jeff Richardson, who is the director of training for the Edmond Police Department.

On Sept. 19, the Edmond Police Department held a forum at the Edmond Community Center that explained the laws of constitutional carry, as well as a question and answer session with EPD’s director of training, Lt. Jeff Richardson.

Constitutional or permitless carry in Oklahoma will be the legal carrying of a firearm without a permit, which goes into effect Nov. 1.

One of the provisions of constitutional carry will be that firearms can be stored in vehicles that are parked in lots on grounds that are prohibited, such as areas like government or school buildings, college campuses, sports arenas, etc. If at an elementary or secondary school, the weapon must be placed out of sight.

Don Spencer, president of the Oklahoma Second Amendment Association and one of the contributors to the bill, said that this has been in effect since open carry in November 2012.

“We wrote the bill to make sure that people could leave a gun in their car while at a public or private school,” Spencer said.

The difference with permitless carry is that individuals will be able to now do so without a permit.

The exact language of the bill states: “The prohibited place does not include and specifically excludes the following property… set aside for the use or parking of any vehicle, whether attended or unattended, by a city, town, county, state or federal governmental authority… [or] property adjacent to a structure, building or office space in which concealed or unconcealed weapons are prohibited by the provisions of this section.”

Andrea Stone, an Edmond representative of Moms Demand Action, said she does not agree with constitutional carry and said she considers it dangerous.

“My daughter goes to a school in Edmond,” Stone said. “I’ve gotten those texts that say, ‘We’re on lockdown, I don’t know what’s going on, but I love you Mom.’ And those break a parent’s heart.”

Stone named safe storage as one of the best preventatives of gun violence. She said storing a gun in a safe and the ammunition separately, locked if possible, was one of the safest options.

Other provisions for constitutional carry include:

A person must be 21 years old or older to be under constitutional carry. The exception is for any active member or honorably discharged veteran of the United States Armed Forces, Reserves or National Guard, if they are 18 or older.

Unlike before, people do not have to tell a police officer that they are carrying a weapon in their vehicle if they are stopped. However, if a police officer initiates the conversation and asks, the person must answer. If they do not, they will be issued a citation.

Richardson said he recommended that any time someone is stopped, a person should tell the officer they are carrying, regardless of legality or if asked.

Individuals have the right to carry their firearm, unloaded, from their car to their place of residence and vice versa.

Business owners have the right to turn away someone if they are open carrying. If the person does not leave, they can be considered trespassing.