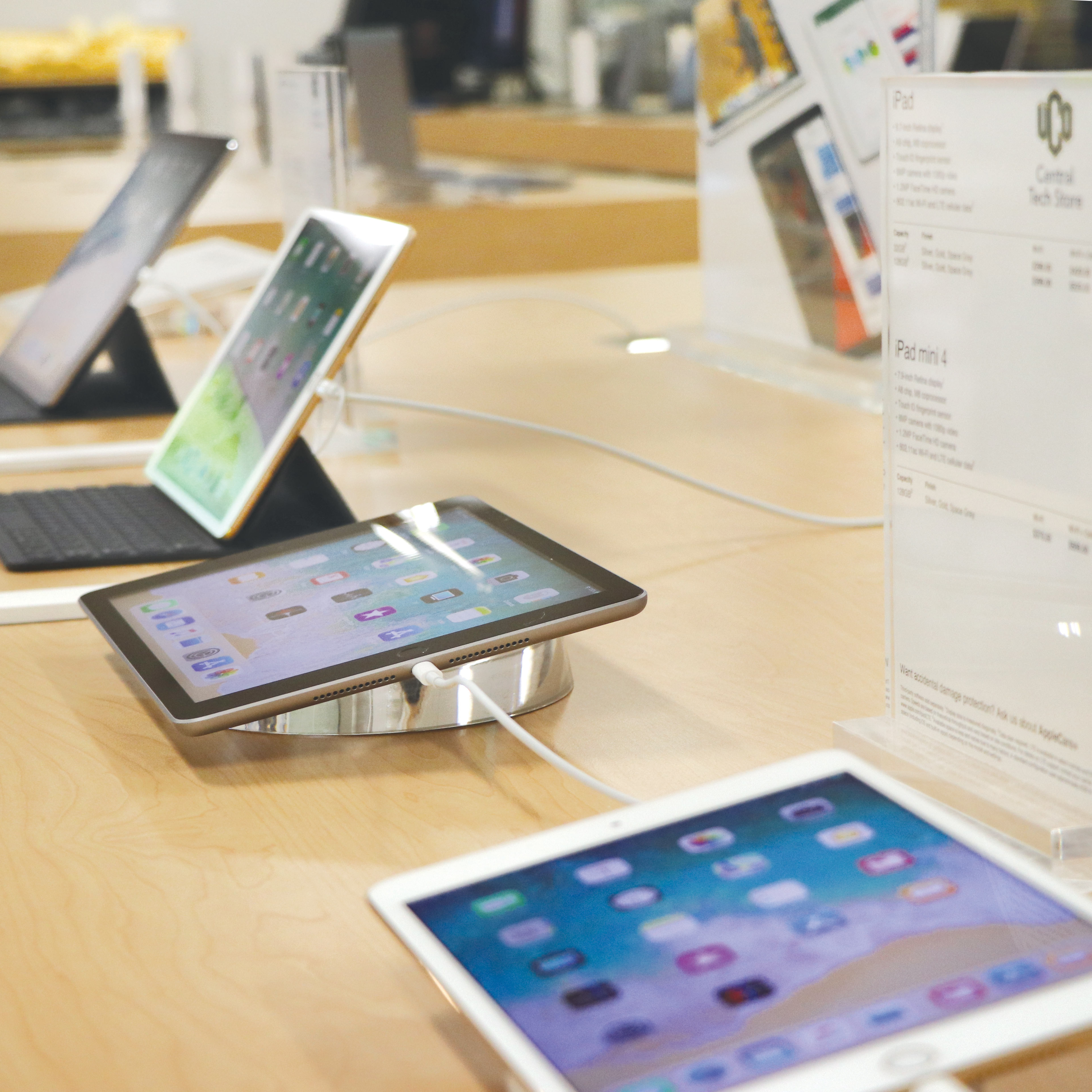 Minimalism has taken rise over the past few years, inspiring moves into tiny homes, cutting down wardrobes and donating possessions. Shows like Marie Kondo’s “Tidying Up” on Netflix have further driven the minimalist lifestyle, but what the trend hasn’t covered is what to do with old laptops, cell phones and tablets.

Marie Kondo’s new show on Netflix, “Tidying Up,” has brought minimalism to mainstream. This new trend of a minimalist lifestyle has inspired people to move into tiny homes, cut their wardrobes and donate their possessions.

But, what shows like “Tidying Up” do not address is what to do with electronic devices that are no longer in use.

A 2002 novel, “Cradle to Cradle” by Michael Braungart and William McDonough, looks into the life cycle of products, recycling them and reusing them in a proper way, according to Eric Hemphill, manager of Sustainability at the University of Central Oklahoma.

“Beginning date to the end date is called ‘cradle to grave,’ while ‘cradle to cradle’ is a term that is essentially how can we then make that cradle last all way to the next cradle and then recreate something,” Hemphill said.

E-waste, a popular informal name for electronic products nearing the end of their “useful life,” is something that Hemphill believes is particularly important.

All electronics have batteries, and if electronics are not disposed of properly, battery acid can be detrimental to the environment, according to Hemphill.

The Central Tech Store has a trade-in program where students can bring in an old device and trade it in for a discount on a new device, according to Krone.

“A part of that trade-in program also is even if you have a device that is old, broken or maybe has water damage, you can still bring that to us,” Krone said. “It may not have any trade-in value but we can at least still recycle it.”

Central Tech Store is partnered with Encore, a company who takes in the old devices, disassembles them and properly recycles all the parts.

Krone said something that may keep someone from recycling their electronic device could be the information or data stored on the product itself.

“One of the repair services we offer is a full data transfer from any device to a new device for a flat rate fee of $25,” Krone said.

The $25 dollar fee is a flat rate that the Central Tech Store offers regardless of how much data there is on the device.

“A lot of other places charge by how much data there is, or how long it would take,” Krone said. “So, we didn’t want to get into that; we felt that would make it difficult for students.”

Krone believes it is also important to do an annual clearance of files and pictures you no longer need on your device.

“Old files can be seen as rust on your computer, making it difficult to load certain things and update your device,” Krone said. “It’s a very good habit to go through and clean out files.”

Not cleaning out files on computers slows down the processing and memory, a problem seen frequently by the Central Tech Store when they take in computers for repair, according to Krone. He suggests moving files to a hard drive or iCloud storage and keeping the device as clean as possible.

“You do not have to be a student, alumni, staff or faculty at UCO to benefit from our repair or recycle benefits,” Krone said.

The reduce, reuse and recycle mantra has been around for years, according to Hemphill.

“What we don’t talk about is reduce, reuse and recycle is a hierarchy, with reduce at the top,” Hemphill said. “So when we speak of minimalism, we are really talking about caring capacity, and not using more than you need because there are not enough of these resources to go around.”

Hemphill had no comment on Kondo’s show itself but said he does appreciate the core of the show, which is the premise that we should start thinking about more of what we need instead of what we want.

However, Hemphill said part of this can be difficult due to how things are manufactured.

“For example, refrigerators keep getting bigger; the bigger they become the more food we believe we need to fill them,” Hemphill said. “In return, we cannot eat all of that food, so some of it goes bad and we do not do composting or anything to break that food down or reuse it in any way. That food goes into a landfill, where the landfill is capped with no oxygen, creating methane instead of breaking down naturally.”

Hemphill said he believes it is very troubling how technology is manufactured, but the minimalist trend is a great first step.

Some advances with environment-friendly technology include windmills and electric vehicles, according to Hemphill, but he believes we still need to be more mindful of what we’re buying and choosing to surround ourselves with.

My @netflix show, “Tidying Up With Marie Kondo,” premieres today! I hope the series sparks joy for you all and inspires a tidy start to the new year. #newyearnewjoy #TUWMK