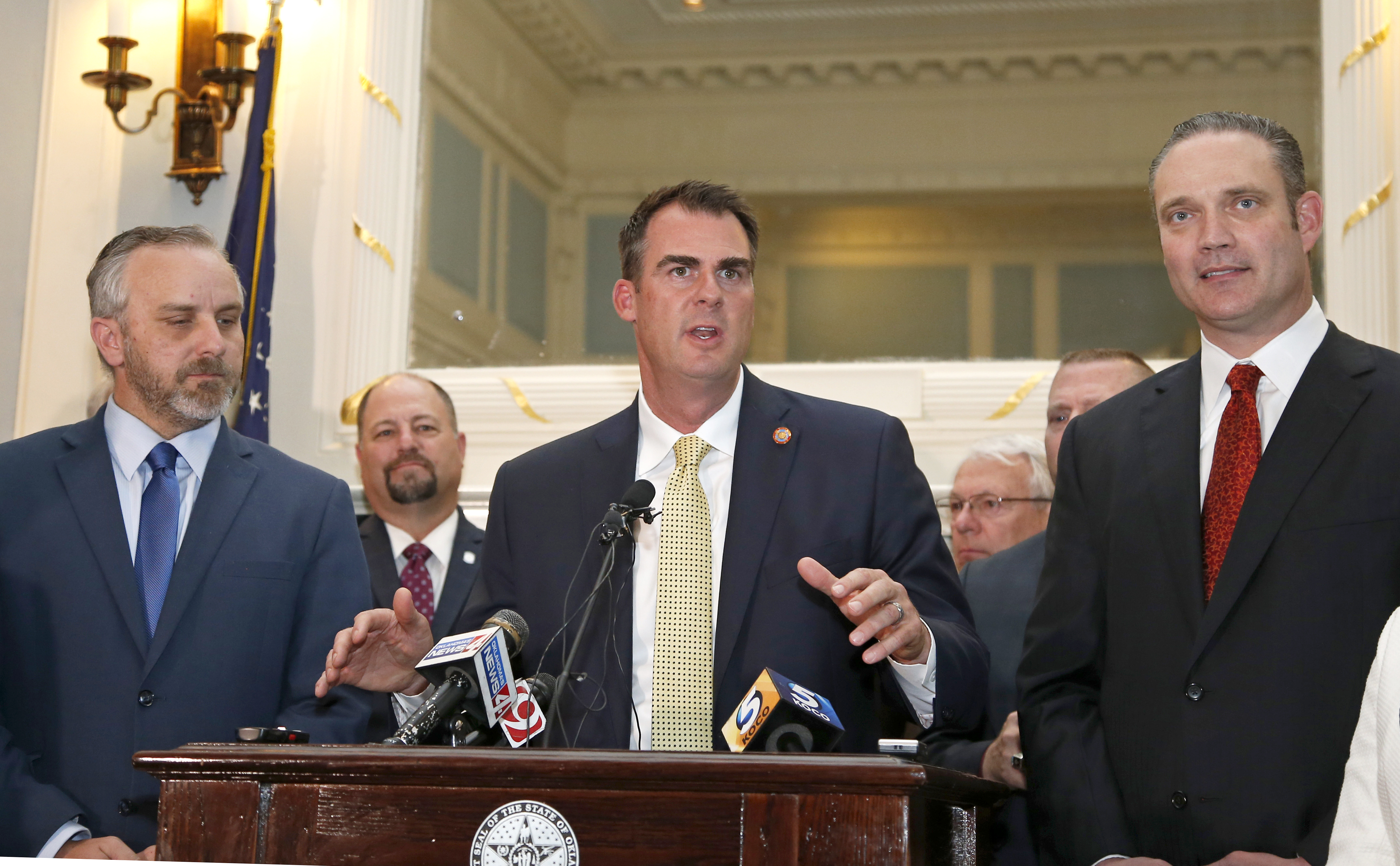 Last week, Dr. Andrew Kolodny, co-director of opioid policy research at Brandeis University, testified on the impact that Johnson & Johnson has made in the crisis.

“So they (Johnson & Johnson) are, without any question in my mind, a major cause of our opioid crisis & I believe it’s fair to characterize them as the Kingpin in our opioid crisis.” – Dr. @andrewkolodny

Kolodny said that the company continued to aggressively promote their products while it was aware of the drug’s overprescription rates, according to online newsroom reports from the attorney general’s office.

The primary concerns of the drug are its habit-forming effects that could lead to an overdose. A slide presentation from the Oklahoma Bureau of Narcotics shows that most deaths caused by an overdose were on accident. The state passed Senate Bill 1446 on Nov. 1, 2018, as a response to limit and reduce the amount of opioids that patients received within their first prescription.

“In the past, sometimes there were some drugs that were prescribed for 30-day supply and it had five refills, so you’re talking about a six-month prescription of painkillers for something that you really might only need for six or seven days, or even less,” said Mark Woodward, OBN’s publication specialist.

However, others rely on the drug for chronic and acute pain relief. Local businesses, such as Ralph’s Family Pharmacy, have customers mostly using opioids for chronic pain or for critical injuries such as a car wreck.

“There’s a few people that had situations where it was a car wreck or a motorcycle wreck,” said pharmacist Dr. Renae Kraft. “I don’t feel like we see a huge population of younger people coming in for opioids. If they are, they’ve had surgery and it’s only a three-day to seven-day supply of it.”

Kraft said the average age of her patients using opioids are 35 and older.

The Drug Enforcement Administration’s limits on opioid sales have made it challenging for some patients to get medications in order to function, according to Kraft. She also said that doctors are resorting to painkillers with a lower milligram morphine equivalent for initial prescriptions prior to offering opioids, which contributes to a decrease in the drug’s usage.

The state passed Senate Bill 848 in order to relieve and clarify policies that were a constraint to consumers who consistently needed their medication.

“We’ve had patients call us and say that they have been told by their doctor that they could no longer prescribe long-term high doses of pain medicine because of the bill, and that’s simply not the case,” Woodward said. “The bill simply says if you’re going to continue what you’ve been doing, you have to have the pain contract with the patient, document it in their charts and check their [Prescription Monitor Program] prescription history every three months.”

Opioid distribution is another challenge for the state, with OBN statistics showing that in 2018, 53 percent of overdose deaths were caused by drugs obtained through traffickers. Woodward said that opioids can be smuggled into the country or sold through the dark web. Opioids received through the streets can also be fused with other drugs such as ecstasy, making them stronger than a prescribed painkiller.

The OBN targets traffickers and fraudulent physicians to address this issue. They also enforce the PMP, an online system that prevents doctors from being scammed by customers and patients who try to refill their prescriptions beyond their own medical guidelines.

The opioid crisis became a public health emergency in the United States on Oct. 16, 2017, according to the National Center for Biotechnology Information. Out of the 64,000 reported deaths caused by overdose in 2016, 42,000 of the accounts were caused by opioids. In Oklahoma, the National Institute on Drug Abuse reports that 388 opioid-related deaths occurred in 2017 and about 90 opioid prescriptions were written for every 100 Oklahomans.