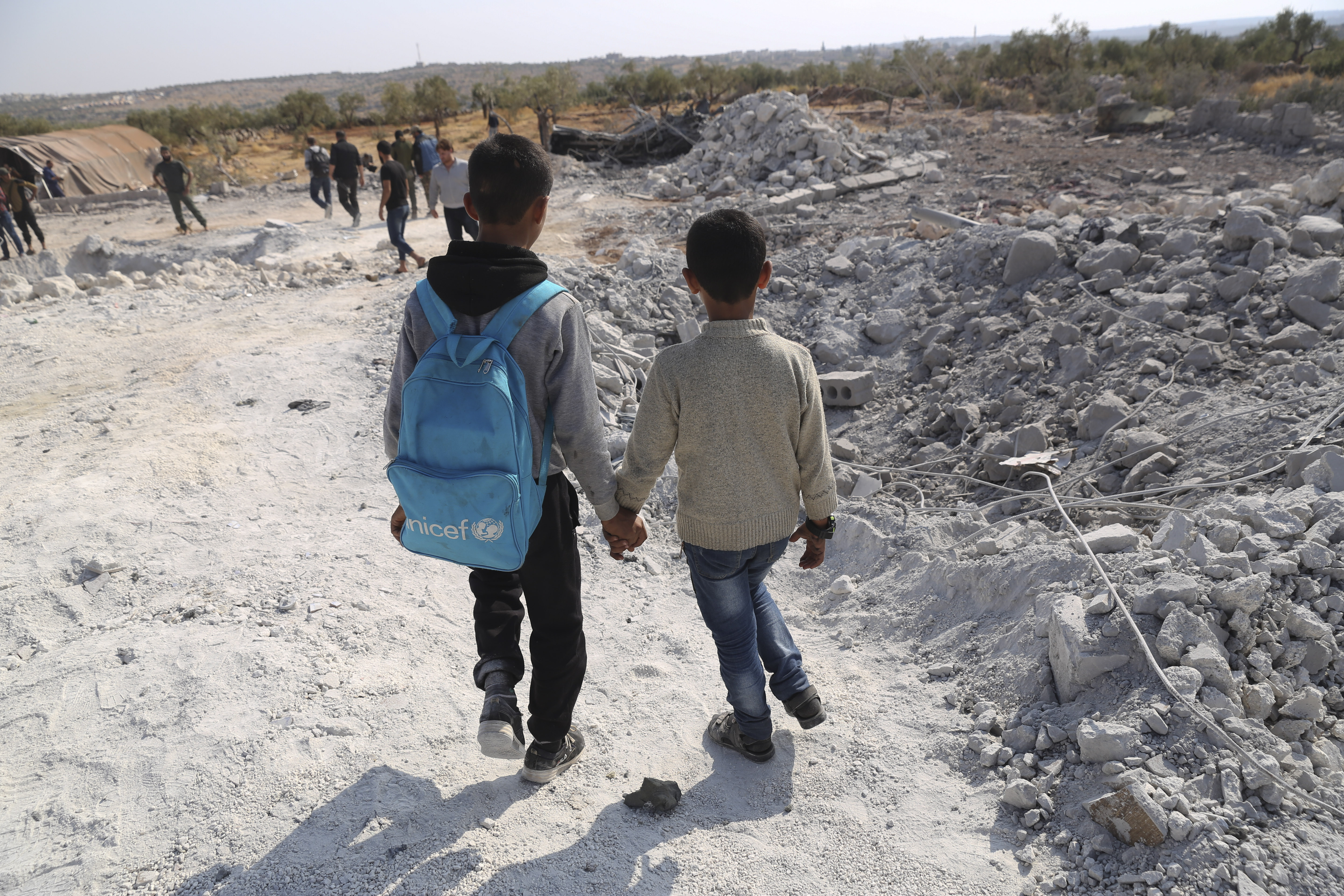 Opinion: Trump makes ISIS leader death all about him

It only took 10 minutes or so before it was obvious he was drunk on his own grandiosity.

Trump recalls that al-Baghdadi “died like a dog, he died like a coward. He was whimpering, screaming, and crying.”

“Frankly I think it is something that should be brought out so his followers and all of these young kids that want to leave the various countries, including the United States, they should see how he died,” Trump said. “He did not die a hero, he died a coward.”

The contrast between the restraint and dignity that former president Barack Obama displayed during the announcement of the death of Osama bin Laden and the fatuous, over-the-top language used by Trump is a stark one.

During Trump’s announcement Sunday morning, he suggested that al-Baghdadi’s death was a bigger deal than the death of bin-Laden.

“Osama bin Laden was very big, but Osama bin Laden became big with the World Trade Center,” Trump said. “This is a man who built a whole, as he would like to call it, a country, a caliphate, and was trying to do it again.”

Obama gave credit where credit was due, to the intelligence agents and Navy SEAL team members involved in the mission that resulted in bin Laden’s death, while making sure to minimize his own contribution. Trump may have given similar credit to those who actually were responsible for killing al-Baghdadi, but his ridiculous bravado is all about drawing attention to himself, someone who has never put himself in harm’s way in life.

The fact that Trump would bring up this comparison himself is quite telling of his sense of self-awareness. In 2012, Trump tweeted that Obama should not be given credit for the operation against bin Laden during the debate season of that cycle.

Also, there is potential harm in calling al-Baghdadi a “coward” and a “dog” since that will only motivate his followers even more to avenge his death, particularly calling him a dog, where dogs are seen as unclean in the Arab Muslim world. It is an unnecessary insult that does nothing but stir the pot.

By devaluing his enemies like this, Trump is promoting the same type of hatred ISIS uses.

While the killing of a leader like this has a symbolic impact, creates new circumstances and possible dissent within the organization, it is unlikely to permanently stunt them. This particular group has too many points of operations to depend solely on one person.

He continued to talk about bin Laden in the address Sunday, claiming that he was aware of the threat of bin Laden pre-9/11, but no one cared to take him seriously.

“You know, if you read my book, there was a book just before the World Trade Center came down. And I don’t get any credit for this but that’s OK. I never do. But here we are,” Trump said. “I wrote a book, a really very successful book and in that book about a year before the World Trade Center was blown up, I said there is somebody named Osama bin Laden, you better kill him or take him out, something to that effect. He’s big trouble.”

A fact check shows that Trump made just one reference to bin Laden in that book published in 2000 when world leaders were already aware of the threat of him.

There is no doubt that al-Baghdadi received his due and proper, but does anyone believe he was whining and crying before he died, and even if he was, why was that important? Trump belittles everyone and anyone he doesn’t care for and eventually even for those he temporarily benefits from.

Not only does he lack professionalism (we have known this since before his presidency), but he doesn’t seem to understand, or much less be sensitive to how behavior and choices can be affected when a person is committed to an idea, whether respectable or disdainful.

The bragging tone of Trump’s news conference is as cringeworthy as it is worrisome, in that it could inspire some kind of reaction from ISIS against U.S. forces in the region or even on domestic soil.

Teddy Roosevelt once spoke about “talking softly and carrying a big stick.” If only Trump subscribed to that principle.