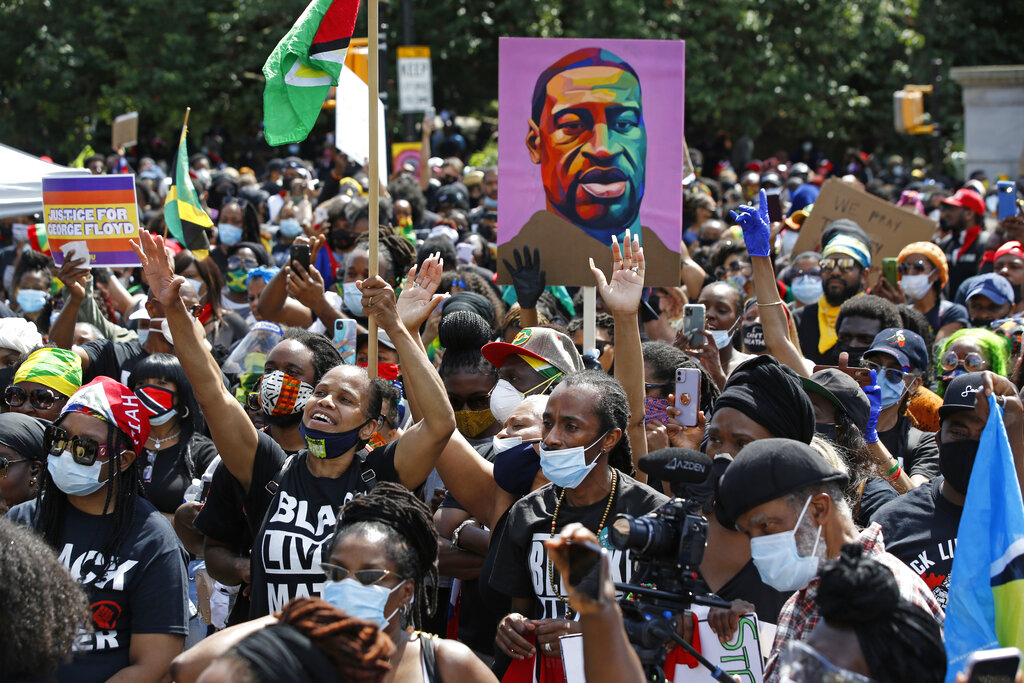 Most days I consider myself a liberally leaning moderate, some others would probably just say I’m liberal. I have friends and family who fall all over the political spectrum. I even have the misfortune of saying one person removed me from their social media friends lists due to our differences at the height of the Black Lives Matter protests.

The words this person used against me at the time hurt, her decision to tell me outright that she believes racism does not exist and to discount my experiences as a person of color stung. She had asked for others to educate her on the things being discussed and yet when I presented her with not only facts, but my personal experiences her response was to remove me from her life rather than try to understand the world from another person’s perspective. I don’t know that our relationship will ever be able to be mended. However, I hope there are plenty of relationships out there still capable of mending and that the following words will be considered with an open mind and heart by every person who reads them.

I have watched as people I know and love were fearful for their children, their brothers and sisters, their husbands and wives and their friends as tensions escalated over the last several years. And I have been this person, too.

I have watched as my friends in the LGBTQ+ community saw rights denied or revoked and feared greater action taken against them. I have seen my Black father come back inside the house to make sure to grab his Air Force veteran hat before going out in small town Oklahoma because it offers him a bit of protection against bigotry when people see he served this country.

If you are someone who considers yourself a liberal, a Democrat, or are even a Republican who voted for Joe Biden, consider this me calling you in. It is incredibly easy to take on an attitude of superiority and snark right now. It might even feel warranted in the face of the last four years of fear, frustration and pain you’ve felt. I have admittedly caught myself venturing down that road in my mind and corrected myself on it a few times. I ask you to remember those feelings and in doing so know that there are now those on the other side who feel a sense of fear and uncertainty.

We may not understand those feelings because of our disagreement with some of their beliefs, but that does not give us a right to invalidate them. Choosing that path makes us no better, no different than all we’ve spent the last four years denouncing.

Now is the time to prepare to hold our officials more accountable than ever. Promises have been made; they need to be kept. Excuses should not be accepted or made willingly to allow backing away from policies laid before us to win our votes.

If you are someone who voted for Donald Trump, I, like president-elect Joe Biden, extend to you my hand. If you are worried or scared, mad, frustrated, confused or blatantly pissed off, I hear you. But I hope you hear me when I say to you with my entire heart that the goal of those of us you consider “the left” is not and never has been to harm you or your loved ones, or to take rights away from you. Just as I would hope that is not your goal for me. Our goal is to create an America in which everyone can prosper. But we are going to need your help.

In fact, we’re all going to need each other. For years, we’ve relied on politicians instead of relying on each other. In doing this, we have allowed them to drive wedges between people who share neighborhoods, bus routes, church pews, office cubicles and even Thanksgiving tables. And at the same time, no one has truly held any of them to the things they’ve promised. Now is when we can choose to put a stop to that.

We have the power to build for ourselves and future generations an America that looks different from the America of the past. An America in which all are truly created equally and the rights of all are guaranteed. There’s only one way that happens though. Together.

No more covering up the sins of the past, no more burying the truth. We will have to be brutally honest about the horrors that have occurred in our country for centuries. It will hurt, but trauma doesn’t heal by covering it up and ignoring it. The same would go for attending therapy and refusing to talk about your problems, that would never allow progress to be made.

We can do this, together. Let’s all choose to take part in the healing.