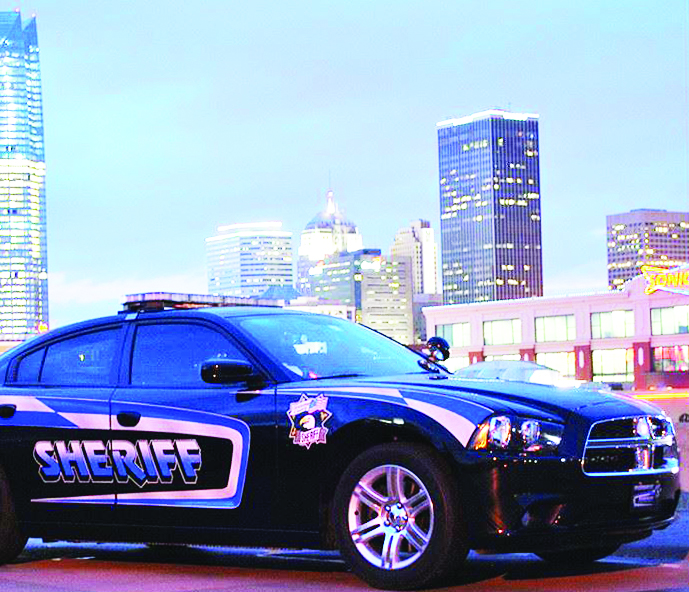 A quote commonly attributed to Einstein says “Insanity is doing the same thing over and over again and expecting a different outcome.”

Based on the Oklahoma County Sheriff Republican runoff, it seems residents may not want to keep living on the verge of insanity.

On Nov. 3, Democrat or Republican, Oklahoma County will elect its first Black sheriff.

For communities across Oklahoma County, this guaranteed change is a symbol of hope. Hope that real progress is being made in a state whose history runs deep with racial injustices.

But the reality remains that many still fear the dangerous repercussions of being Black in America and Oklahoma. Especially regarding police interactions and inequality in the criminal justice system.

According to the Center for Policing Equity, the use of force against Black Americans is roughly 3.8 times higher than their whites counterparts.

Additionally, The Sentencing Project found that for every 100,000 Black people in Oklahoma 2,625 are imprisoned. For white people the number is only 580. Yet according to data from the U.S. Census Bureau, only 7.8% of Oklahoma’s total population is Black, while 74% is white.

Are Black people committing crimes at higher rates? Not according to the Oklahoma State Bureau of Investigations. In every major crime index, violent and non-violent, white offenders make up the majority of arrests. Yet, the incarceration rates show a distinct disparity.

Data compiled by the United Health Foundation shows that 21.3% of Oklahoma households face concentrated disadvantage, which means they fall below the poverty line, receive public assistance, have female heads of household or face unemployment.

In the state of Oklahoma, 30% of Black people live in poverty compared to only 12% of white people, according to the Kaiser Family Foundation.

All of these things come together to create a system that has for generations failed Black communities.

Additionally, a lack of trust between these communities and the police only furthers the division.

Which brings us back to the hope this election provides. For the first time, black residents of Oklahoma County will see someone who looks like them making decisions about law enforcement policies that affect them. For the first time, a community that has spent decades being marginalized and overlooked will see themselves reflected in the leadership of a policing organization.

This election reinforces a rallying cry pointed out by minority communities for some time now.

Whether watching the news, reading, attending class, visiting a hospital or watching the latest blockbuster film, seeing others like us portrayed positively is crucial to even our earliest maginations of what could be.

Educator Laura Thomas states, “Our children’s early experiences — including the hours spent consuming media — shape what they imagine to be possible for people who look like them, live where they live, or come from where they came from. Simply put, kids determine what they can be based on the examples around them.”

As such, representation cannot be done idly or with a spirit of checking boxes to fulfill a diversity and inclusion initiative. Tokenism is not representation.

As they prepare to cast their ballots, it’s more important than ever for voters to realize that progress and change are vital to the continued success of all communities.

And real progress and change only happen when we are willing to open ourselves to new perspectives, rejecting complacency and the expectation for things to change if we continue to do the same thing over and over. After all, that would be insanity.