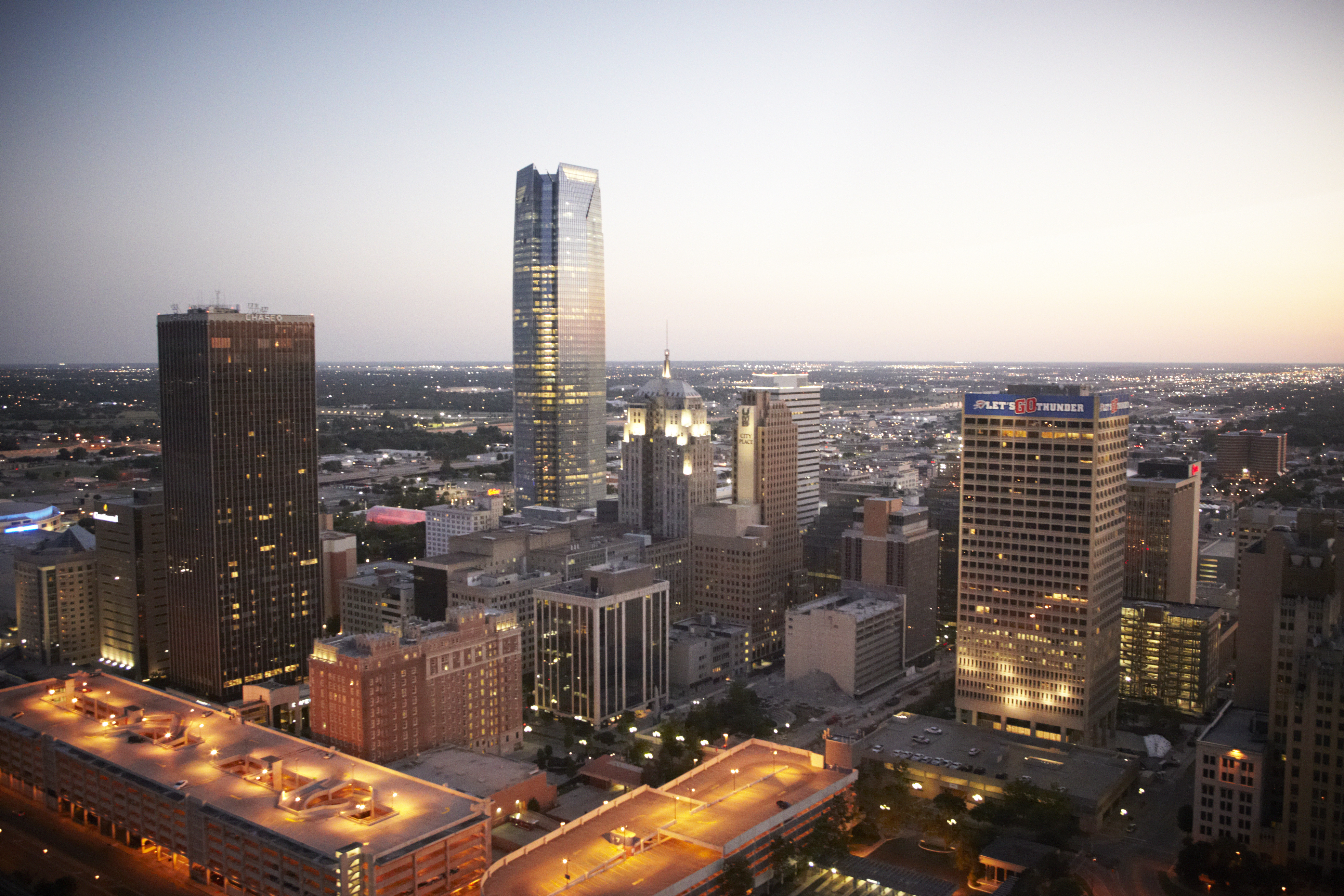 Opinion: A Vote for Maps 4 Is a Vote for More in Oklahoma City

Photo: The Oklahoma City skyline is pictured at twilight. On Dec. 10, Oklahoma City voters will head to the polls to vote on MAPS 4, a penny tax that would raise $978 million for the city to be used on 16 projects. (Provided/Wikimedia Commons)

Oklahoma City voters will head to the ballot box on Dec. 10 to vote on MAPS (Metropolitan Area Projects) 4, a capital improvement tax that would generate $978 million, debt-free, over an eight-year period.

MAPS is used to fund projects that wouldn’t necessarily be high on the list of priorities for regular tax dollars.

MAPS 4 consists of 16 projects that were selected through a series of four special meetings with community input that took place over the summer.

These projects are crucial to ensuring that Oklahoma City continues on its path as a modern-day boomtown.

The fourth installment of MAPS would improve more areas of the city.

According to the City of Oklahoma City, more than 70 percent of the funding is allocated to neighborhood and human needs.

The most expensive project for MAPS 4 is a $140 million park improvement allocation.

From my experience, most of the parks in the city could really use an upgrade, so this would be money well spent.

For example, Dolese Youth Park, which features baseball fields, trails, a fishing pond and a disc golf course, needs more bathrooms and renovations to the existing ones. Many of the tee pads on the disc golf course need to be redone as well.

The main reason why Oklahoma City has an NBA franchise is because of MAPS. The Chesapeake Energy Arena (then Ford Center), which cost nearly $88 million, was funded entirely by the original MAPS tax.

When Seattle Supersonics owner Clay Bennett was looking for a suitable city for the organization, he prioritized finding one that had a strong sense of community and opportunity for growth. This was demonstrated through MAPS and the way we embraced the New Orleans Hornets organization in their time here after Hurricane Katrina.

On game nights, the Thunder generates around $2 million for the City of Oklahoma City. That’s $80 million every season. Keeping that money here is paramount, not to mention the revenue brought in from other forms of entertainment.

If passed, MAPS 4 would apportion $115 million to upgrade Chesapeake Energy Arena and ensure it is up to the national standard for years to come.

The United Health Foundation ranks Oklahoma 47 out of 50 for overall health. According to the report, we aren’t physically active enough and have a high cardiovascular death rate.

Anyone who has spent a few days in Oklahoma City can see that we are lacking in bike lanes and sidewalks. There couldn’t possibly be a correlation there, right?

MAPS 4 would provide $87 million for sidewalks, bike lanes, trails and streetlights. Around $55 million would go to sidewalks, with $20 million for the construction of bicycle lanes and related bicycle facilities, taking into consideration the guidance of the bikewalkokc plan.

In regard to mental health care, Oklahoma is in desperate need of a reverse Ronald Reagan. A mental health and addiction budget of $40 million should serve as an aquifer in a desert.

Mental Health America ranks Oklahoma 41 out of 50 for overall mental health. A ranking between 39-51 is indicative of a higher prevalence of mental illness with disproportionate access to care.

MAPS 4 would stimulate Oklahoma City’s mental health system, providing $40 million for two mental health crisis centers, a restoration center for detox/substance abuse and temporary housing for those suffering from mental illness and homelessness while transitioning out of a crisis center.

Also in the plans for MAPS 4 is a $37 million multipurpose stadium. This facility would be suitable for professional and college soccer, high school football and soccer, concerts and other events.

If you have ever been to an Oklahoma City Energy soccer game, you have seen how Taft Stadium is barely suitable as a home for them. The parking situation is lacking, to say the least, and the overall vibe is kind of makeshift. This stadium would serve as a new home for the Energy organization.

A poll by Gallup reveals that soccer is closing in on the popularity of baseball in the U.S. Seven percent of Americans chose soccer as their favorite sport to watch, while 9 percent preferred baseball.

OKC Animal Welfare would receive $38 million for a new shelter to replace their current facility, which is old (built in 1996), too small and lacks an adequate amount of equipment. The max capacity of the shelter is 280 dogs, a number they usually exceed, sometimes by over 100 dogs.

A new facility would mean saving lives. What do you say we save some dogs?

Just last year, Oklahoma City was ranked one of the best overall cities for millennials to work and live in (over 8 percent cheaper than the national average).

To continue what could only be described as exponential growth for Oklahoma City, we have to accommodate through infrastructure upgrades. Whether that is through an innovation district that brings in young entrepreneurs, or upgrading/building venues to spur economic development, voting yes on Dec. 10 ensures we have the resources to do this.