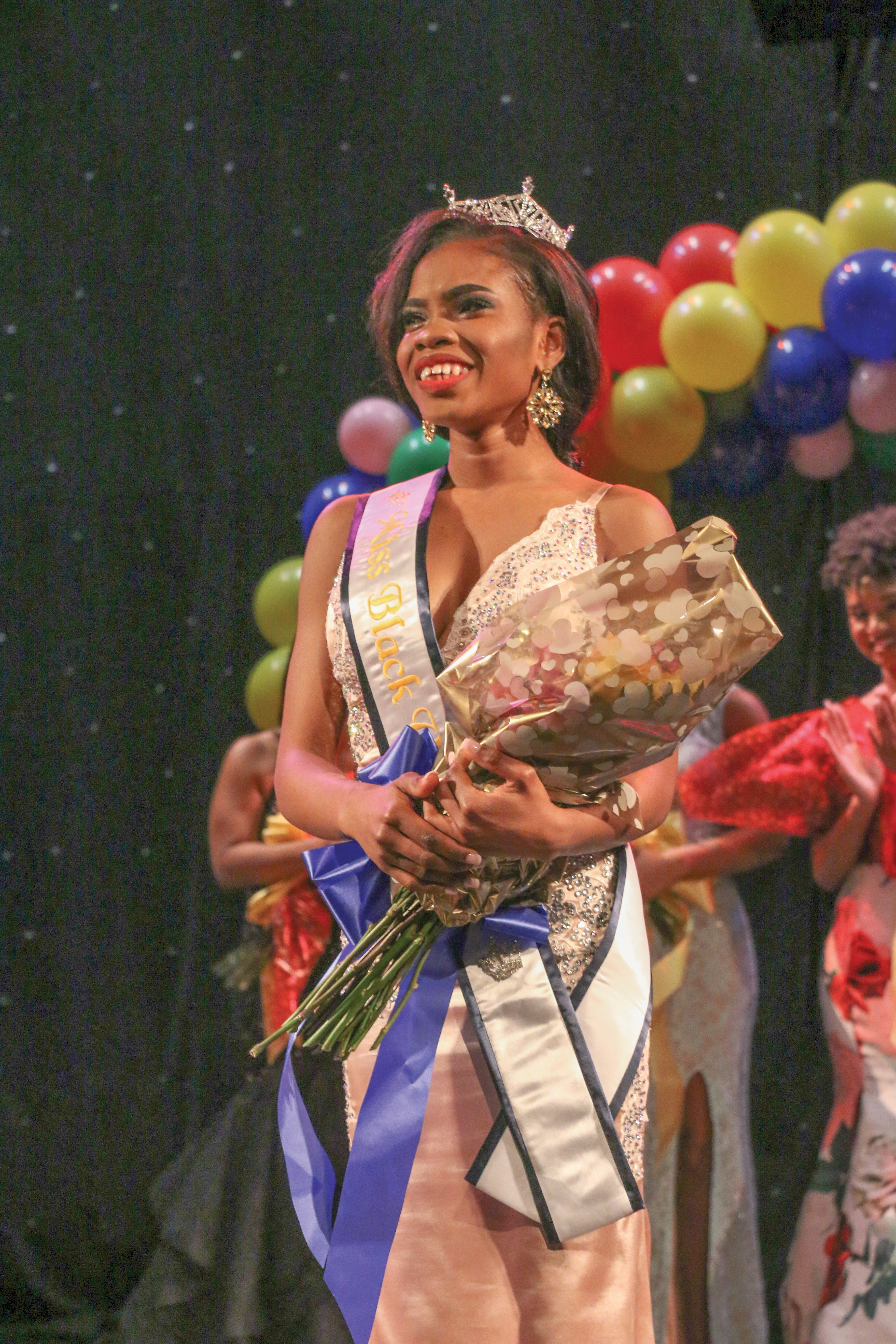 “No words can describe how happy and blessed I am to have got this opportunity,” said Olayinka. “It is truly a precious moment to experience.”

Through Olayinka’s platform, “Secure Yourself”, she hopes to empower women to recognize, love, and be comfortable in who they are. She said she wants to have that sense of satisfaction that she changed or helped to improve lives.

Miss UCO International Pageant 2018-2019 was her first pageant, but it did not turn out well for her. From there Olayinka knew she had insecurities, which was affecting her day to day life. She decided to participate in Miss Black UCO, because she wanted to be among women who looked like her.

“I had to learn to believe in myself, efforts and prayers,” said Olayinka. “At the final stage, I told myself, ‘way to go magnificent lady, you will win this mainly, because you serve a living God’.”

For talent, Olayinka wrote her first ever motivational speech titled, “I Am Becoming.”

“I decided to do a self-composed talent, because I wanted everyone to see me, who I was before the pageant, during the pageant, and a sense of the new me after the pageant,” said Olayinka.

Something Olayinka said she wanted to show was that anyone who is determined can breakthrough. She said she advanced from an insecure young African girl in American culture with the belief that she’s not a standardized definition of what a woman should be. To a woman who finally recognized insecurity as an endurance in her life, makes changes, and wants to move other women along.

Kedriuna Townsend, Miss Black UCO 2018-19 said being crowned has been one of her biggest accomplishment thus far. She has learned that one-person can truly make a difference, even if it is in just one person’s life.

“Knowing that I have held such a prestigious title brings me great joy, and it was more to me than just a title. It has allowed me to become more comfortable with my flaws and truly become confident in myself,” Townsend said.

Olayinka received a $1,600 tuition waiver for winning the crown, along with a sash. She also won the Director Choice Award, Photogenic Award, People Choice Award and Best Talent Award.

“I received a lot of support from family, friends and my church Miracle City CAC and my pastor has been more than a preacher but a great support system and a father,” said Olayinka. “I have always wondered what it was like to have a father figure considering the fact I never had one. But with him, I boldly say I have a father.”

The pageant is sponsored by the Black Student Association and Office of Diversity and Conclusion. It take places annually during the Black Histoy Month. Jeanee Canada, Miss Black UCO 2013, is this year’s director.