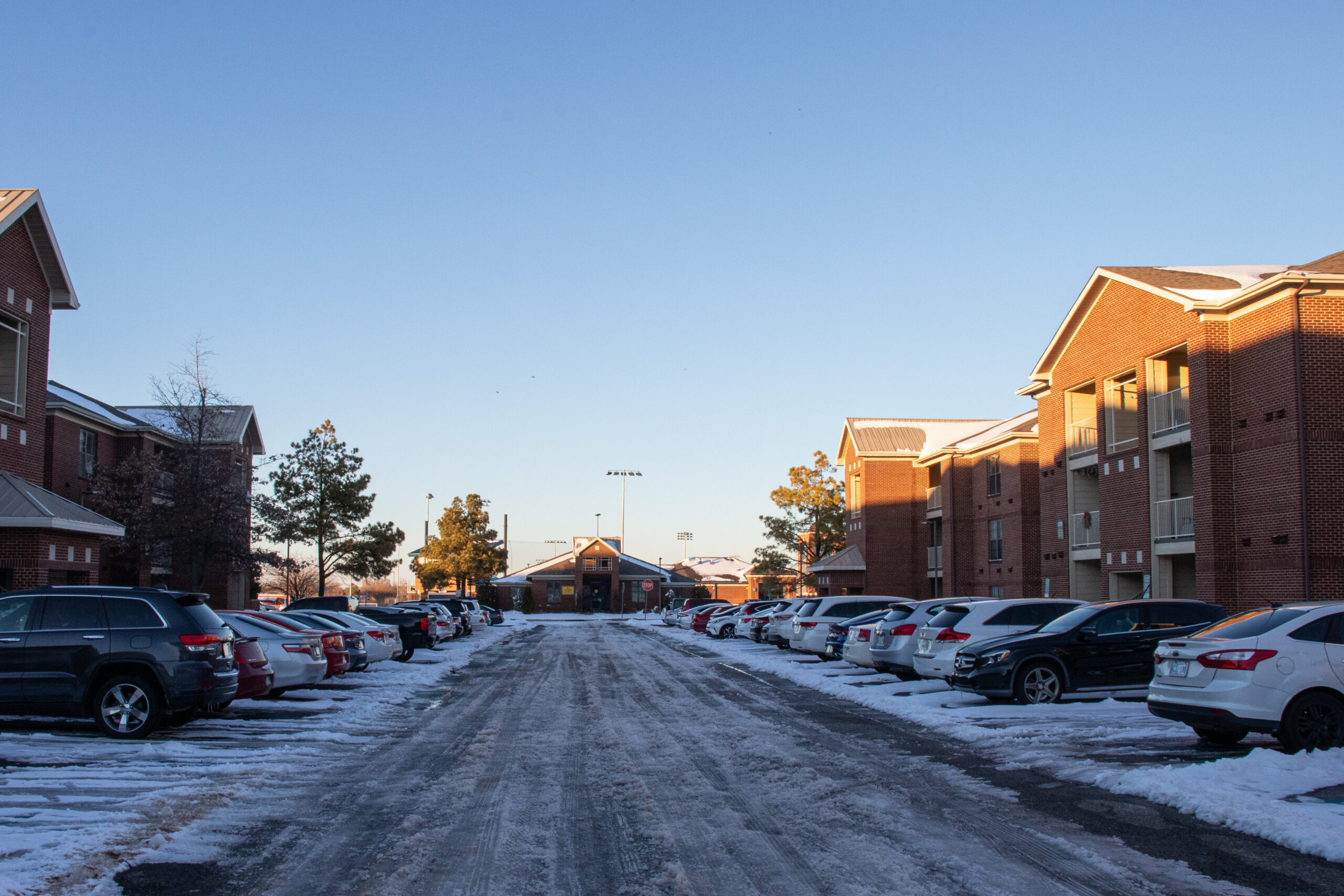 As Oklahoma is currently in the middle of its winter season, college students at UCO and other area universities are having to pay more attention to the weather.

“It presents a unique challenge for me as a commuter because I have to bundle up for no reason,” said Garrett Holzwarth, a UCO senior. “It’s not really like I can go home and change while I am here, so I walk across campus either freezing or sweating.”

Over the next several days, Edmond’s predicted weather pattern is far from consistent, ranging from the 60s to the 20s. Some days feature both of those projected temperatures, where the projected high is in the 60s and lows in the 20s.

“It’s both frustrating and relieving because in the morning, I have to scrape ice and frost off my windshield in the morning, but then when I go home, I’m a lot less worried,” Holzwarth said.

How does this wide array of weather impact students in college? Commuter students must park in a lot, often on the outskirts of campus, and walk to the buildings where their classes are. With these commutes, college students face difficult decisions when it comes to getting ready for their day, like how to get through a day without freezing or getting too hot.

“If it’s 60 one day and then, like, 10 the next, the probability of me going to class when it’s freezing is low,” said Emma Foster, a junior at Oklahoma State University. “Having to bundle up in the mornings and then coming back from class in the afternoons when it’s 60 is very frustrating because it’s another inconsistency that students have to think about.”

Oklahoma’s climate features a wide variety of temperatures throughout the year. According to the Oklahoma Climatological Survey, the average number of days where the low temperature is less than 32°F is around 50 days per year.

Matthew Haas, a senior at the University of Oklahoma, has one suggestion: layers.

“It’s really annoying having to bundle up in the morning to go to class, and by the end of my school day, I’m having to carry around everything that I bundled up with earlier that morning,” Haas said. “That’s why I often just… for lack of a better word… underdress in the mornings, and just wear a pullover instead of putting a heavier jacket on or something like that.”