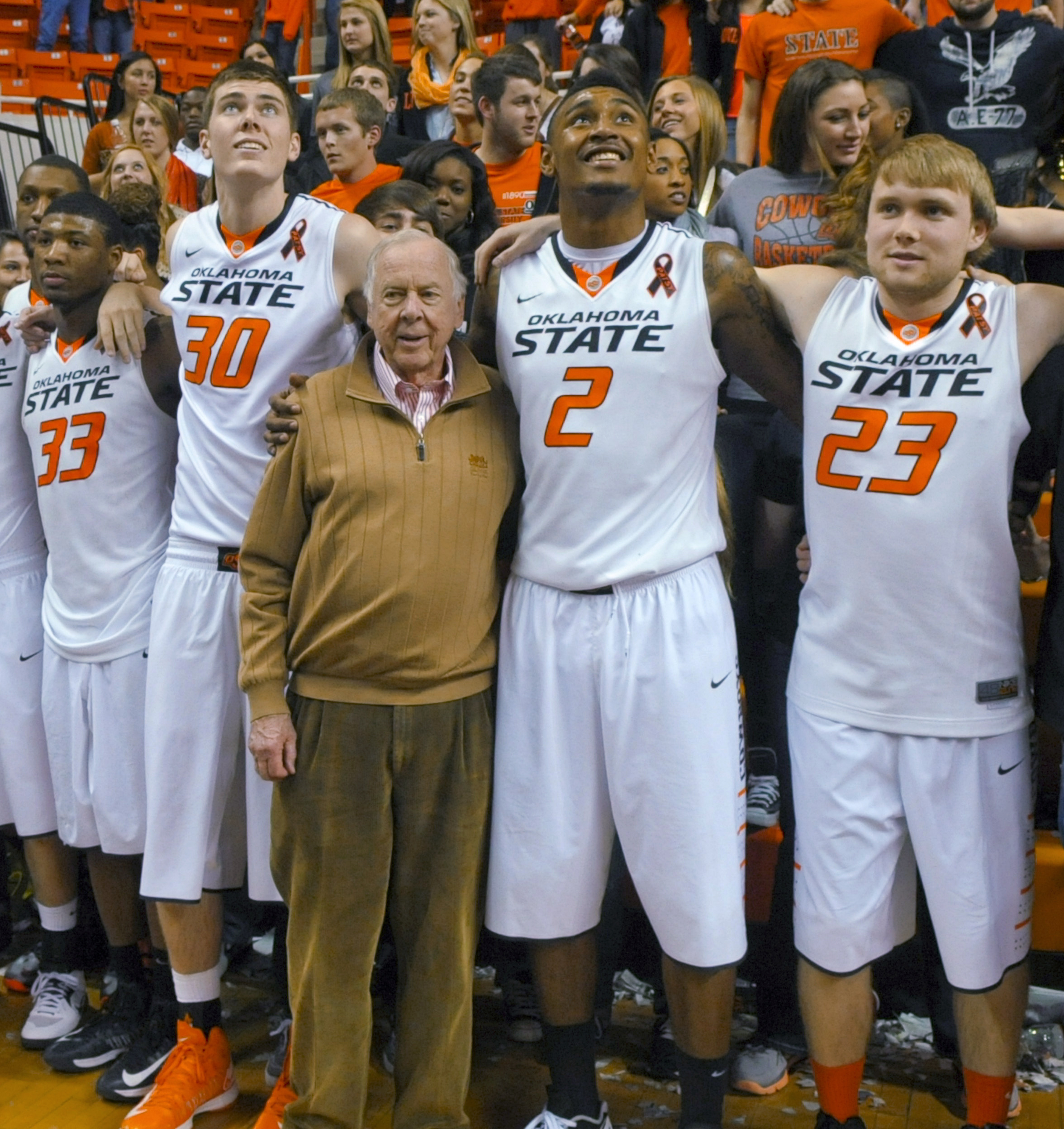 (AP) T. Boone Pickens was known as one of the world’s richest men.

He also was known as the ultimate Oklahoma State superfan, a man whose choice to generously spend his wealth on his alma mater fueled the football program’s return to national prominence. Pickens died Wednesday in Dallas at age 91, his spokesman, Jay Rosser, said.

Pickens said last month in his annual letter to Oklahoma State fans that he checked with the school and learned he had donated $652 million over the years, with much of it going to athletic facilities.

“The greatest Cowboy of them all has taken his last ride,” Oklahoma State athletic director Mike Holder said in a statement. “It will never be the same again. We could never thank him enough for all that he did for our university. He gave us everything he had and all that he asked in return was that we play by the rules and dream big. He was living proof that anything is possible if you’re wearing orange. ‘Great ride Cowboy, great ride!'”

Oklahoma State’s football stadium was named for Pickens in 2003 after he made a $70 million donation, including $20 million specifically for stadium expansion. The work was completed in 2009, something Pickens was proud of.

“When you hit your 90s, two things happen,” he wrote in his letter to the fans. “First, your memory isn’t as good as it once was. Second, the memories you do have you tend to cherish more. One of my greatest memories came 10 years ago, on September 5, 2009, when Oklahoma State University officially dedicated the fully renovated stadium now named in my honor.”

Pickens became affiliated with Oklahoma State by happenstance. He earned a basketball scholarship to Texas A&M, but lost it when he broke an elbow. He transferred to Oklahoma A&M, now Oklahoma State, and graduated in 1951 with a degree in geology.

Once he became wealthy as an oil tycoon and corporate raider, he made it his mission to help Oklahoma State.

“Unquestionably, $652 million is a lot, and there are no doubt critics out there who would champion it going for broader, societal issues,” Pickens wrote last month. “I’m satisfied with my giving. I don’t want a bigger suite or a better parking spot. Or yet another honorary degree. I want championships across the board.”

Much of his giving was done under the radar, yet he didn’t mind the spotlight. For 10 years, he met with the media near the start of each football season. As his health failed, he resorted to posting a letter on Twitter each year. Last week, he noted he would miss the Cowboy Golf Pro Am for the first time in 46 years.

His $165 million gift in 2005 was the largest gift ever given to a school at the time. Yet, for all his money, Pickens at times seemed like a common fan. He was thrilled in 2016 after the American Football Coaches Association declared Oklahoma State its 1945 national champion.

Oklahoma State’s football success under coach Mike Gundy largely mirrors the time span of Pickens’ involvement. Gundy has a career record of 123-59 in 15 seasons, and the Cowboys won an outright Big 12 title in 2011.

“Mr. Pickens is a big part of our success, and we’re all thankful for the lasting impact he’s had on Oklahoma State, both athletically and academically,” Gundy said. “It would have been difficult for us to climb as high we have without him.”

Things didn’t always go smoothly. At one point, Pickens and Gundy stopped talking for about three years until Holder intervened.

“I don’t know, we just kind of stopped talking, and that’s not good,” Pickens recalled. “As being so much older than Mike, I should have been the one to call up and say ‘Hey wake up, we’ve got to stay in communication.'”

Once they talked, things cleared up.

“When Gundy and I sat down and talked __ this program isn’t about Gundy, and it isn’t about me,” Pickens said. “It’s about OSU. And so I said, ‘Look, you and I both want the same thing — for OSU to win.’ So he said, ‘Let’s do everything we can to accomplish that.'”