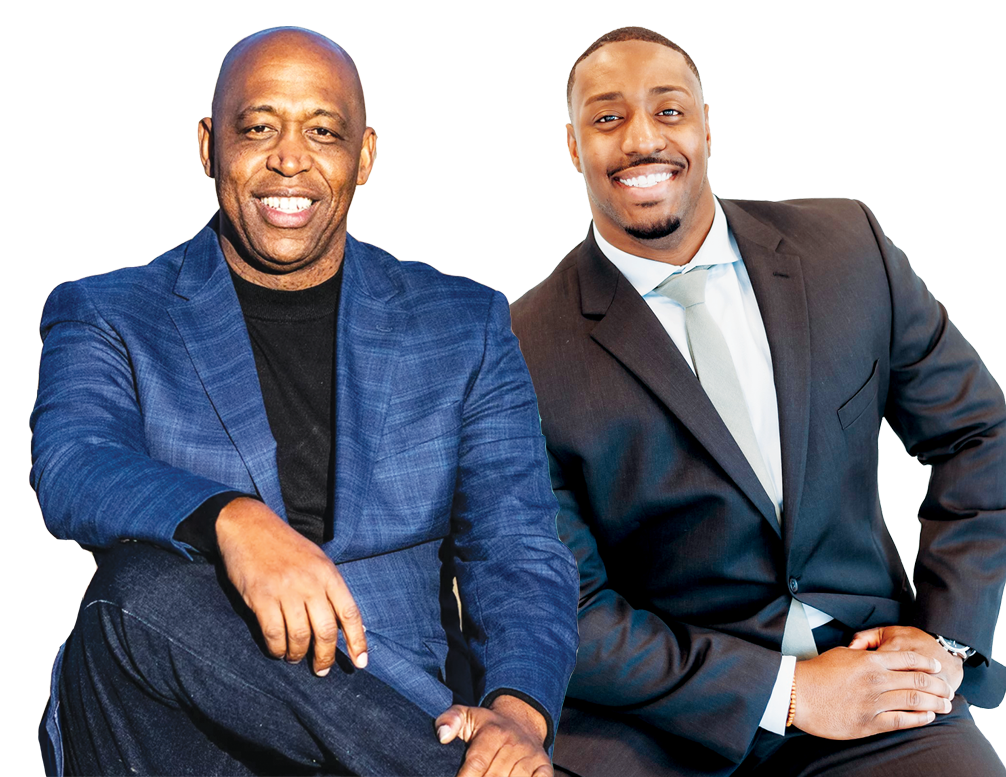 On November 3, Oklahoma County residents will make history as they elect the first Black sheriff in the county’s history.

After winning a runoff election against incumbent P.D. Taylor on August 25, Tommie Johnson III became the official candidate for the Republican party and will faceoff against Democratic candidate Wayland Cubit in the general election.

Both Cubit and Johnson were born and raised in Oklahoma. Both also realize the significance of the historic moment they are currently living.

Cubit added that for 130 years the sheriff of Oklahoma County has been a white man. Residents are saying that they want to see something different.

“I understand the significance of it, but it doesn’t change the work that I have to do,” Cubit said. “It doesn’t matter if you’re Black, brown, white, Black. If you’re not good at what you do you’ll be on the wrong side of history.”

“I think everybody sees how far we’ve come as a society,” Johnson said. “When you have the argument that on both sides of the aisle, it’s going to be a black man that will be the top cop for a community, I think that speaks volumes.”

Cubit also noted that the election of the first Black sheriff will send a positive message to minorities across the area about what is possible for them. It will help upcoming leaders in the community be encouraged and inspired, he added.

For Johnson, inspiring others to pursue education and opportunities to better themselves is one of his motivations for pursuing the office.

“The area I come from, south side of Oklahoma City where I’m from, you think about sports as the only way of getting out,” Johnson said. “We can be leaders and so much more.”

This trust effectively removed the sheriff from direct control of the facility, though the sheriff does still sit on the Jail Trust board and have a vote on jail matters.

“We still have a very soft touch on the jail, but we have one nonetheless,” said Johnson. “My responsibility isn’t to the structure or what’s going in the structure. Now my responsibility, my resources, I can focus, a sharp, pin-point focus, on how to better serve a community.”

However, Cubit’s concern is that the current sheriff, who he or Johnson will replace, has not taken his involvement in the Jail Trust seriously.

“The current administration kind of washed its hands of the jail and tried to make that a very distinct separation from his duties,” Cubit said. “[The sheriff] is an agent of the community, and so I feel like I still would have an obligation to be a voice on that trust to call out things that I see that might be helpful, as the trust makes plans to better the jail.”

Calls echo for increases to community policing efforts in recent years. The Oklahoma County Sheriff’s Office created a Community Advisory Board with the intention of allowing citizens to be more directly involved.

“Police do not really go out of their way to engage the community, but we always say we want to have a better trust with the community,” Johnson said. “I think the reason is because the leadership at the top is afraid of the tough conversations that they would have to have if they went into a community.”

According to Johnson, he’s not afraid to have those tough conversations, which he added are the key to restoring and building community trust.

“I think police need to put themselves in a more vulnerable position when it comes to having those conversations,” Johnson said.

“A lot of the things we do in law enforcement, we’re doing to protect our agency, our city, our county, from lawsuits but what I want to do is make our lawyers earn their money,” Cubit said. “Some things we just need to tell our community.”

“Why not give our community the facts and let’s just own up to what we did that was right, wrong or indifferent,” Cubit said. “Let’s be accountable to it, because we’re going to hold our community accountable when they make mistakes and it goes both ways.”

Cubit added that the same accountability should apply no matter who holds the office. Johnson said both men being qualified and passionate should cause voters to do their research.

“I want it to be extremely hard on voters with who they go with,” Johnson said. “I want them to have to dissect everything that we do and say to make sure they are making the right choic.”

In the end, both Johnson and Cubit said this race is about much more than a significant racial milestone or making history. It’s about doing what’s best for Oklahoma County and continuing to push for progress.

“Start being the example of not a warrior of the community because we wear a uniform and we have the authority, but to be a guardian of the community within the uniform,” Cubit said. “What that means is that we’re not trying to punish people, we’re trying to protect people.”