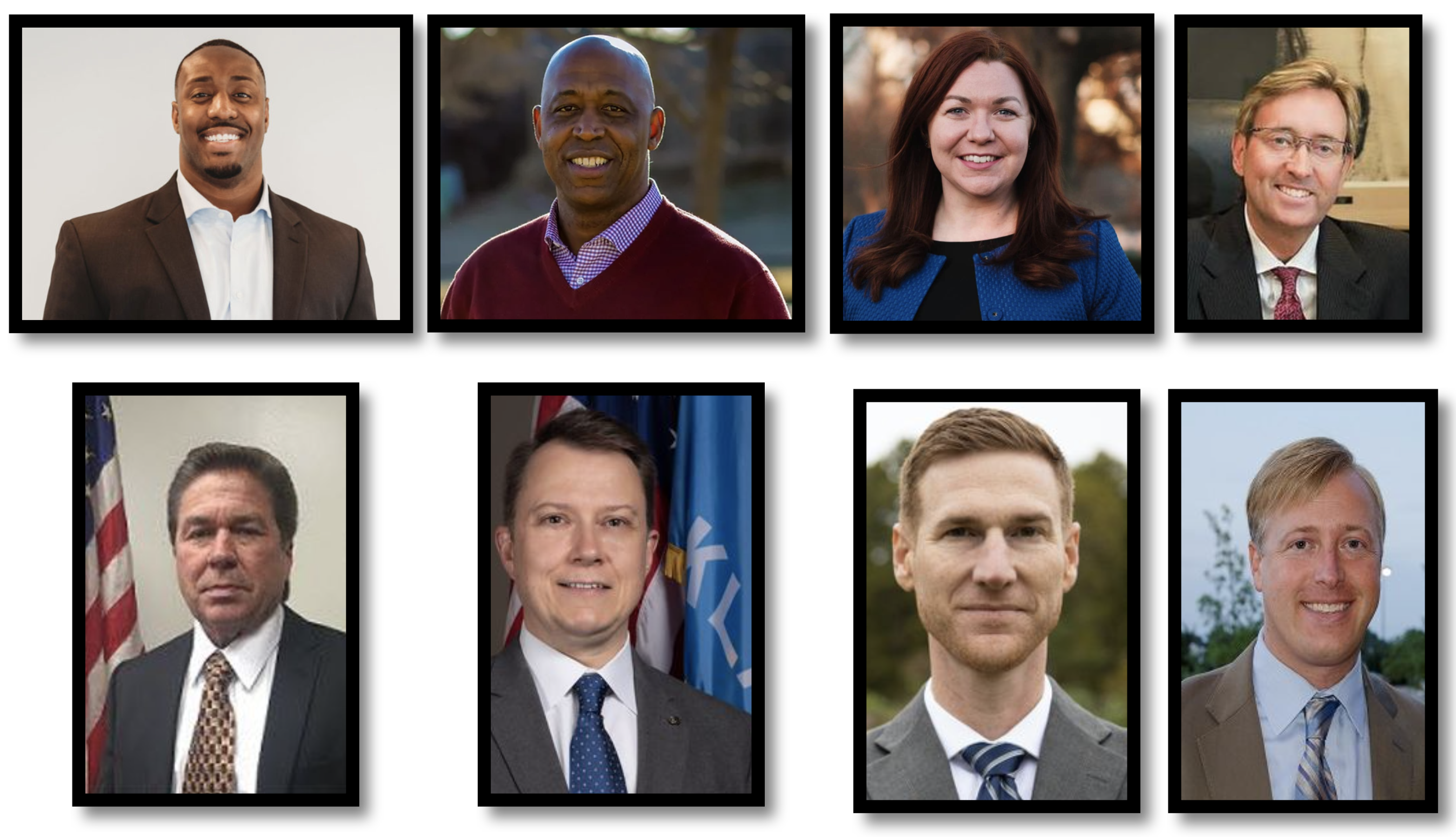 Getting to know your Oklahoma County candidates

Four key races will be determined for Oklahoma County on Nov. 3. The county sheriff, county clerk, county court clerk and county commissioner District 2 are all being voted on this year. These positions provide services that affect people at a daily level.

“County services have expanded in recent years to include provision of healthcare and  medical services, economic and industrial development, social services, and informal adult and youth education programs in science and agriculture,  among others, often working with educational institutions located within country borders,” according to John Wood, of UCO’s political science department.

This is a historic election as one of the candidates will be the first Black sheriff in Oklahoma County’s history at a time when the country is increasingly concerned with minority and law enforcement interactions.

The county sheriff’s website states that their mission is “to provide professional and quality law enforcement, custodial, and court related services to all persons and to effectively perform all duties mandated to us by the laws of the United States of America and the State of Oklahoma in a professional, ethical, and cost efficient manner.”

Running for this position is Tommie Johnson III as a Republican and Wayland Cubit as a Democrat.

Johnson has worked for the Oklahoma University and Norman Police departments having been promoted to the rank of Master Police Officer. According to his website his goals for the sheriff’s office include fiscal responsibility, safer communities, better communication between citizens and county officers, and being a partner in progress for the community.

Cubit has been in law enforcement since 1996 and is a lieutenant with the Oklahoma City Police Department where he established the F.A.C.T Unit (Family Awareness and Community Teamwork) a youth outreach program that focuses on mentorship, building character and empowering youth. His goals for the sheriff’s office as stated by his website include transparency,accountability, providing mental health for residents in crisis, and criminal justice reform.

The county clerk’s office is responsible for processing and maintaining uniform commercial code filings, registrar of deeds and; the county’s accounts payable and receivable department along with the county payroll, according to the Oklahoma county website.

Running for the county clerk office are Christina Chicoraske a Democrat and the incumbent David B. Hooten a Republican.

Chicoraske is the former executive director of Uptown 23rd where programs such as open streets brought businesses and neighborhoods together for economic development and a stronger sense of community. According to her website she believes, “that the county government must be more accessible, transparent, and accountable.”

David B. Hooten is, according to his website, a “Grammy and Emmy nominated trumpet player,” who has released more than 20 albums. He has a bachelor’s degree in music education and a master’s degree from OU. He is also the founder of  Children’s Music Education Foundation.

Around 120,000 new cases are filed a year in the county, according to its website, and it is the county court clerk’s duty to record and maintain court records for those cases.

Running for this position are the incumbent Rick Warren a Republican and Charles De Coune a Democrat.

Warren has served as county court clerk since his election in 2015. On his Facebook page Warren stated “I’ve actually brought 35+ years of business management experience to the County office.”

De Coune received a Bachelor of Business Administration from UCO, and according to his website has worked as a chief operating officer in an Oklahoma City school and is currently a lending manager in charge of a $1.5 billion portfolio. He said he wants to ensure that the “ Court Clerk’s office is led ethically, transparently, and with respect to every person it serves”

The county commissioner for District 2 covers an area that includes Bethany, Warr Acres, Choctaw, Harrah and Nicoma Park as well as unincorporated areas to the eastern parts of the county.

The Board of County Commissioners is a three-member panel that is responsible for the general supervision over all county fiscal affairs.

Running for office are Spencer L. Hicks a Democrat and incumbent Brian Maughan a Republican.

Hicks has a bachelor’s degree in public relations from Oklahoma Baptist University and a master’s in writing from Oklahoma City University, according to his website. He was special assistant for Gov. Brad Henry for four years. Hicks said he wants to repair the county roads and bridges, build a new county jail, reform the criminal justice system and to be accountable and transparent to the taxpayers.

Brian Maughan has been in office since 2008 serving three consecutive terms. According to his website before being elected Maughan worked as a public Affairs Consultant for AT&T.

His focus is on infrastructure, opportunities for youth and transitioning the operational authority of the jail to the jail trust oversight committee that was formed to provide more openness, accountability, and transparency over jail operations.