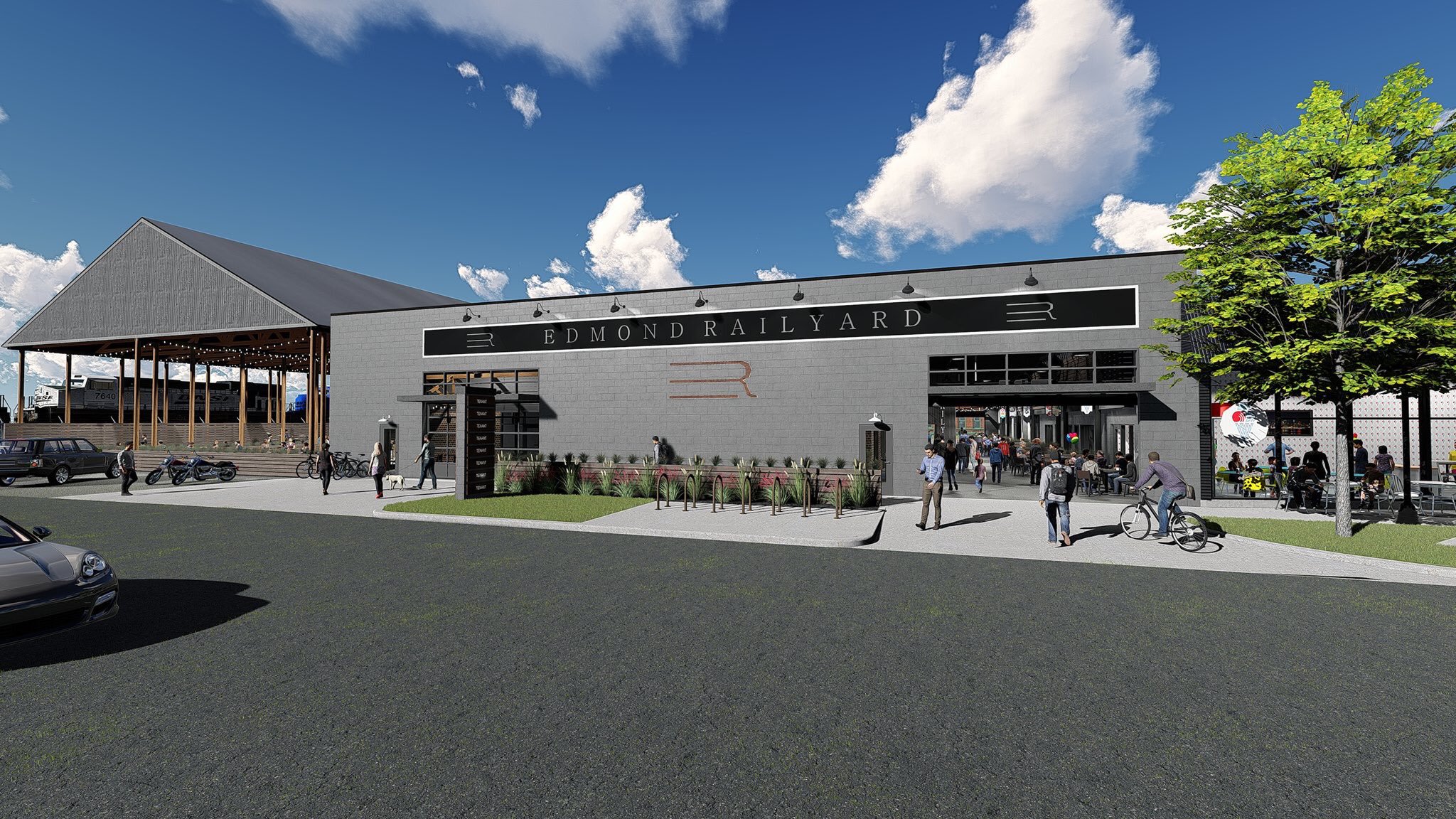 Two new mixed-use projects are being developed near the railroad in downtown Edmond, adding restaurant, entertainment as well as office and retail space to the area.

Edmond Railyard is nearing completion for the fall and the Rail Spur District is projected for completion by summer 2020.

Janet Yowell, Edmond Economic Development Authority executive director, said while the owners of the two projects are different, their vision is the same.

“I think they both see an opportunity here to create some synergy in downtown Edmond that we have not had up to this point,” Yowell said. “The people who are doing the Railyard have got a variety of concepts they are bringing in.”

Cities, an ice cream and cookie concept by the owners of Capitals Ice Cream, is expected to open this fall.

Community Through Beer Group, who started the Patriarch in Edmond, are opening 1884, a craft beer, cocktail and wine concept. There will be a cigar lounge on the second floor mezzanine that overlooks seating below.

Hott Wings, a restaurant by Eddie Wrenn, is also in the works for the Railyard. Wrenn has been serving Edmond wings for four years from both his food truck, as well as his bar and grill, Eddie’s, near the University of Central Oklahoma campus.

“The owners of the Railyard building saw an opportunity, were able to acquire it and for what they wanted to do, I think this probably worked out easier for them to renovate as opposed to take it all down,” Yowell said.

The Railyard building is an open concept, which allows the tenants to do their own individual finish out.

“The Rail Spur District sits on the other side of the tracks, just a block to the south. There are about three acres there,” Yowell said. “There are two historic buildings on the historic register that they are going to renovate. That can get costly, but they will get historic tax credits.”

The century-old buildings receiving the tax credits are the Edmond Ice House and stables.

The 14,000-square-foot area will have one as a private rental venue, while another is expected to have four restaurant concepts, including a white tablecloth restaurant. There will be open air space, as well as covered patio seating.

The Rail Spur project is getting an incentive from the City of Edmond for infrastructure changes.

“Our incentive includes building a public parking lot with 82 spaces and improving alleys that lead to the area, up to an amount of $700,000,” Yowell said.

Yowell said these projects will give UCO students things to do downtown and she said she hopes an uptick in activity to the area will send ripples through Edmond’s economy and culture.

“We’re seeing people take a look at additional kinds of development because of this,” Yowell said. “A residential development is coming from the same group that owns the Railyard. On Fifth and Littler, Park17, which will be 17 apartment units, is already under construction. So we’re seeing these pockets of synergy and it interests other developers.”

Sherry Jordan, president and CEO of Edmond Area Chamber of Commerce, said she sees an opportunity to garner the attention of younger generations.

“There is a critical element missing right now in our offerings to young people,” Jordan said. “Many people go to Chisholm Creek or the Paseo for their experience of having somewhere indoor/outdoor where they can dine and meet their friends. We feel like this will re-energize our city and attract young professionals into our area.”

Jordan said when thinking about the things you create for the future, you want bright young people to stay here and that needs to be the focus.

Matt Boydstun, Edmond Young Professionals Advisory Board chair, said the group had the chance to hear from the developers and the Economic Development Authority at an event a few months ago and the enthusiasm in the room was palpable.

“With a few exceptions, Heard on Hurd being the main one, Edmonites must leave the city limits for trendy, cultural experiences,” Boydstun said. “These two projects should help boost the appeal of Edmond to be a destination and not just an excellent place to live.”

Boydstun said young professionals who are plugged into the Edmond economy prefer to keep sales tax revenue within Edmond city limits. He said he hopes the locations of these projects will have a spillover effect on restaurants like The Fixx and Deckles in other parts of the city.

“What is particularly exciting about these projects is their focus on providing more than high-quality restaurants and retail experiences, but true destinations with live music and gathering spaces,” Boydstun said.