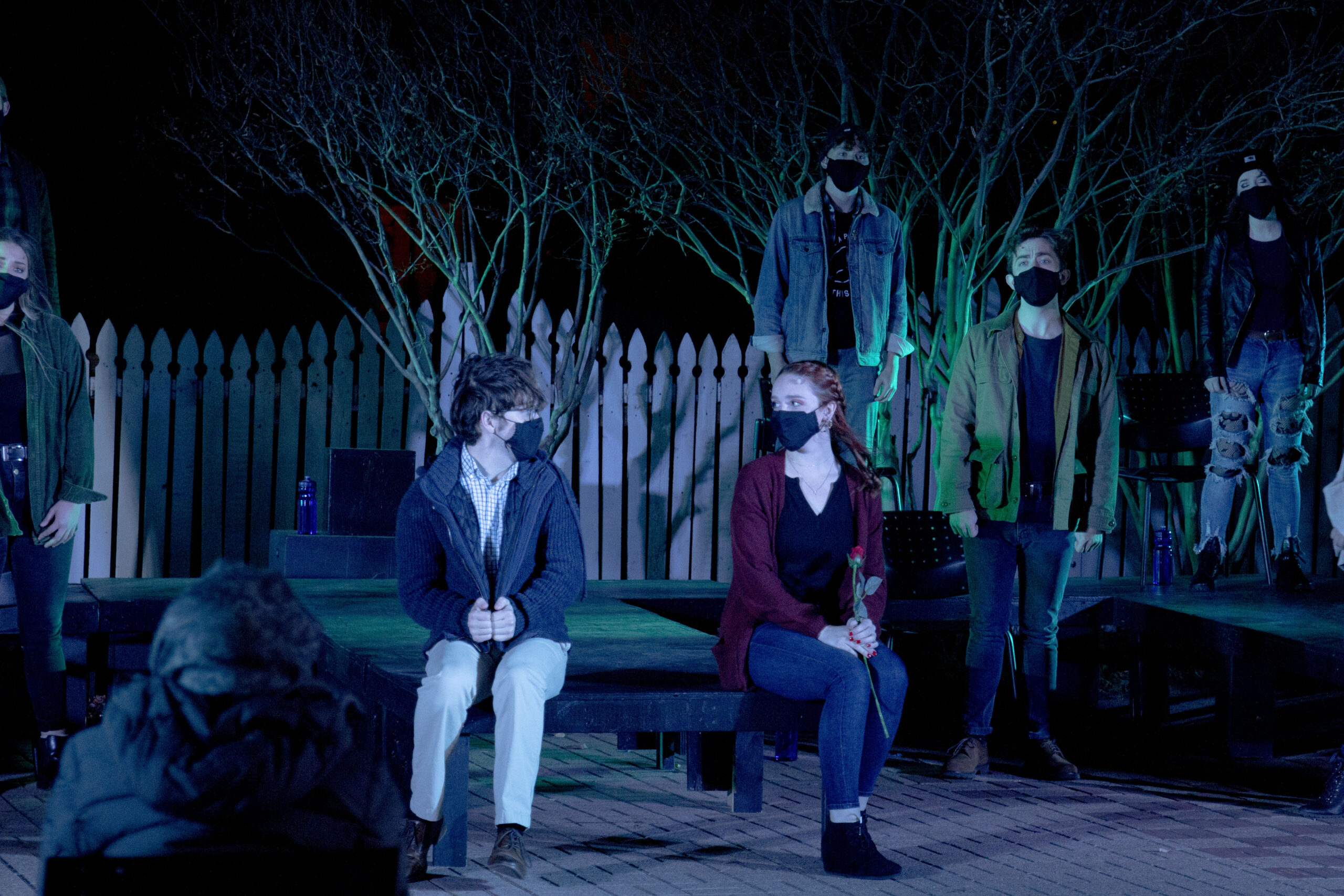 The UCO School of Music’s Department of Musical Theatre has spent the semester adjusting to a new, old way of performing.

In hopes of offering actors and audiences the most safety and security from the potential spread of COVID-19, the department took things outdoors, much like the Ancient Greek and other historical civilizations. It presented all four of its fall productions in the courtyard of the College of Fine Arts and Design House located at 320 E. Hurd Street, across the street from Mitchell Hall.

Through all of the semester’s performances, the department saw students, faculty and staff learn lessons in discipline, adaptation on the fly and ultimately, rolling with the punches to bring to life successful, socially distanced and sold-out live theatre productions during a global pandemic.