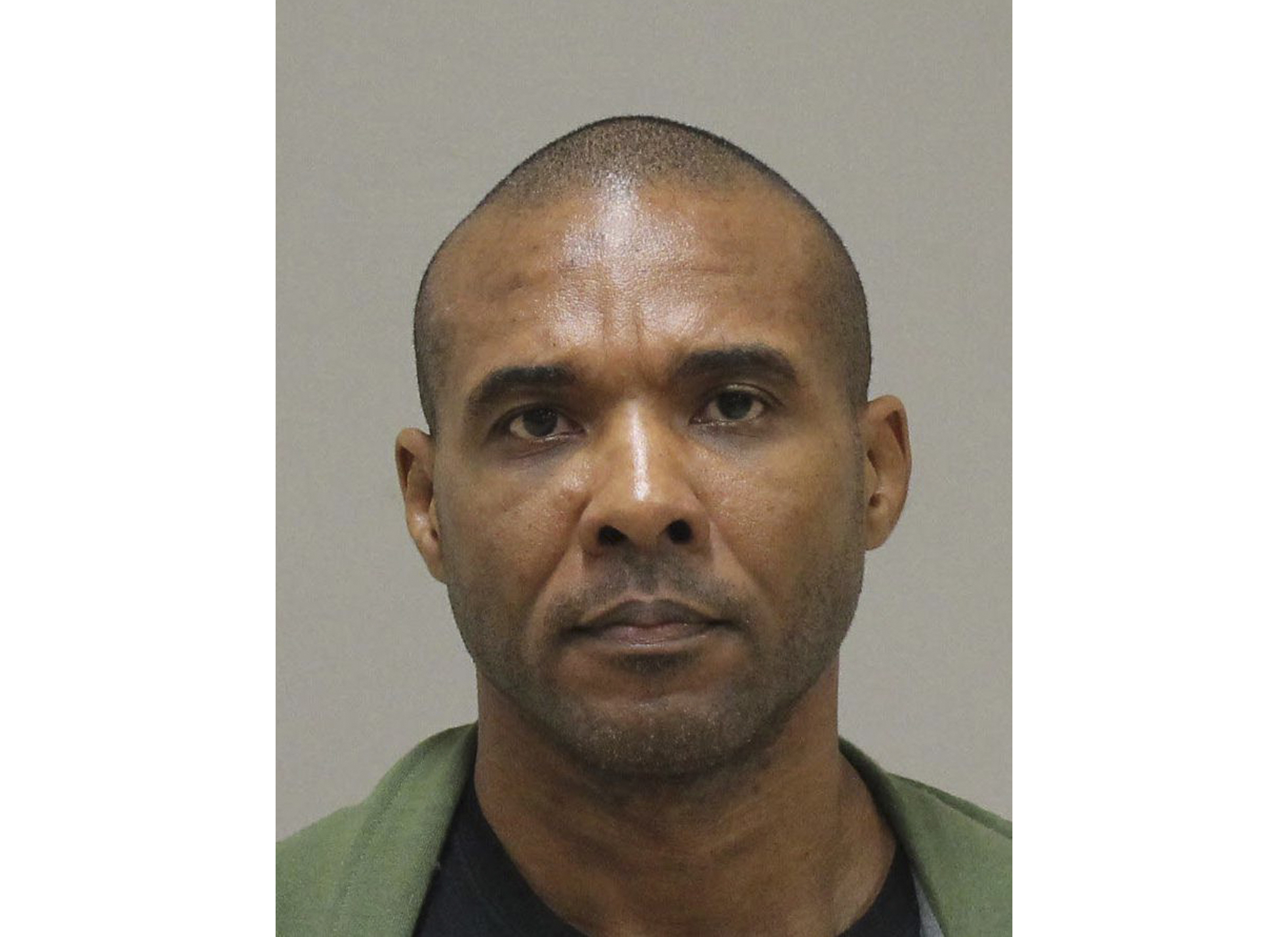 CONROE, Texas (AP) — An MMA fighter suspected of killing an ex-girlfriend and friend of hers escaped Sunday from a prisoner transport van, authorities said.

Cedric Marks escaped from the private prison transport van during a stop for food at a McDonald’s in Conroe, police Lt. Dorcy McGinnis said during a news conference in the city, which is about 40 miles (65 kilometers) north of Houston. She said murder warrants were issued Sunday for Marks in last month’s killings of an ex-girlfriend, Jenna Scott, and a friend of hers, Michael Swearingin, who were found buried in a shallow grave in Clearview, Oklahoma, on Jan. 15.

Authorities say Crews is “extremely dangerous” and that anyone who sees him should immediately call 911.

Marks was arrested in Michigan last month on a Texas charge alleging that on Aug. 21, he broke into Scott’s home in Temple, which is about 60 miles (100 kilometers) north of Austin.

“Each time he allowed me to regain consciousness and then he choked me out again,” Scott said in the affidavit.

Scott had filed for a protective order against Marks in August, alleging he broke into her home while her daughter, who was 9, was there and took her cellphone to prevent her from calling 911. The protective order request was denied.

The Montgomery County Sheriff’s Office’s initial tweet about the escape said Crews was facing three “pending murder charges,” but it didn’t immediately respond to requests for further information about those charges.

@MCTXSheriff and @ConroePolice are searching for an escaped prisoner in the area of 800 block of N. Loop 336 West. Mark escaped from a private prisoner transport.Marks has 3 pending murder charges and is a professional MMA fighter. Mark is considered extremely dangerous. pic.twitter.com/YJsFXlg6ZM

Police in Bloomington, Minnesota, say Marks remains a person of interest in the 2009 disappearance of April Pease, who was the mother of one of his children. The two were involved in a fierce custody dispute in Washington state and Pease went to a protected location with their son because she said she was afraid of Marks. She went missing in March 2009 while living in a women’s shelter in Bloomington and Marks was given custody of their son.

Two women were arrested in Michigan on charges related to Marks.

Maya Maxwell is charged with evidence tampering and is jailed in Bell County, Texas, on $150,000 bond. According to an arrest affidavit, she told detectives that she drove Swearingin’s vehicle to Austin in an attempt to hide it from investigators. It was found abandoned in the city Jan. 6.

Ginell McDonough, who is Marks’ wife and the mother of two of his two children, is jailed in Muskegon County, Michigan, on an obstruction of justice charge. She is accused of allowing Marks and Maxwell to stay in her home between Jan. 5 and Jan. 9.

Jail records do not list an attorney for either woman.