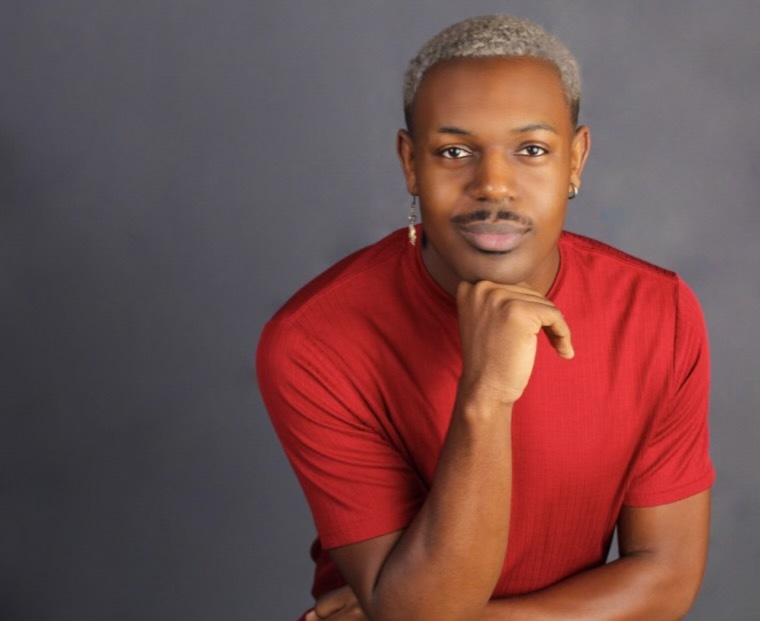 It was only four months ago when UCO debuted the award-winning musical ‘Rent’ in Mitchell Hall. Presented by the School of Music, the show featured UCO’s own musical theater students, including former student Jaylon Crump, who played Tom Collins. Now, Crump, 21, trades Mitchell Hall for the stages of the Dolby Theater, The National Theater and many others as he travels for the ‘Rent’ 25th Anniversary Farewell Tour.

“I love traveling so much, and getting to see different places because I’ve just kind of been stuck in this Southern bubble for so long,” Crump said.

In January, he was cast as a swing role for Tom Collins and Benny Coffin III. A swing is a type of understudy for multiple roles. For example, if an actor gets sick or cannot perform, a swing will step into whatever role is needed.

“Having prior knowledge of the show has really, really helped me when it comes to me learning the show,” Crump said. “At any given moment, I could step into any one of those six tracks.”

His audition for “Rent” happened the same week after he realized he did not receive the financial aid he needed to continue going to school at UCO, and within a week, Crump was in New York rehearsing for the show.

“I think that education is so important because I still plan on going back and getting my degree,” he said. “I wish that a lot of schools made it more feasible for people to be able to graduate from their institutions.”

Ten days later, he made his Broadway debut as Benny. But as someone who had zero financial support from family, Crump said he wished more aid existed for people in similar situations. He continued, saying that the arts deserve the same priority and amount of scholarships as extracurriculars such as athletics.

“I wish they did that with the arts because the arts are so important. Especially in the time that we lived in with COVID, everybody was sitting there— and what were they doing? Watching Netflix. They were watching artists,” Crump said.

However, he calls this opportunity a “godsend,” and said he appreciates doing the show even more now since UCO’s production was canceled after its first week.

“I was a firm believer in whatever is meant for you will come to you, and with our production getting closed early because of COVID, that’s like, my way of finishing it,” he said.

Musical theater student D’Shaud Howard worked with Crump on the UCO production of “Rent,” playing Benny. Howard said his favorite part of the show was the friendships he made with the cast, including Crump.

“I absolutely adore Jaylon. I was fortunate to be in a couple of shows with him. Seeing his creative and artistic mind do its thing on stage was and is mind blowing,” Howard said. “I was also lucky enough to have him as a personal friend as well. We’d laugh endlessly at either of our places over God knows what. I’ve learned very personal and valuable things from Jaylon that I will never forget!”

While UCO’s production of RENT prepared Crump for the national tour, he admits coming to New York from small-town Edmond made him feel inadequate at times.

“It’s just crazy, because sometimes you do get imposter syndrome where you’re like ‘I’m not supposed to be here,’” he said. “But, I’m a firm believer in what is meant for you will find you.”

Crump said the support from other cast members has made him realize he is where he belongs. He said those interested in pursuing musical theater should “audition, audition, audition,” and look at rejection as a step in the right direction. He also advised other students.

“I think that the big lesson I’ve learned is to always follow your instincts,” Crump said. “Because the thing is that I am not the first person to have to drop out of this musical theater program because of money, and I will not be the last. But don’t sit and wallow in it. Try to find a solution to where you can keep on honing your craft, and if you really love musical theater, then there’s something out there for you.”