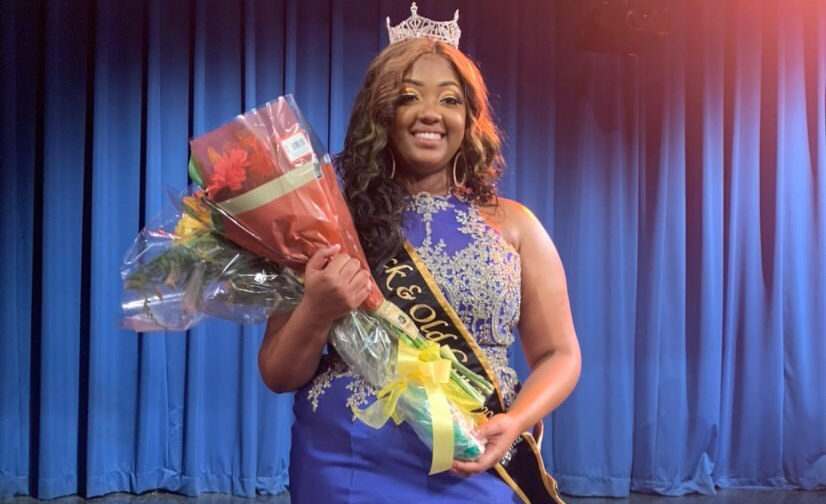 Zion Carter wins the pageant scholarship of Miss Black and Old Gold for 2021 after her second attempt. (Provided/Zion Carter)

On Sunday, Miss Black and Old Gold Scholarship Competition crowned Zion Carter as the winner for the 2021 pageant.

Carter, president of the Black Student Association and a junior at UCO, was in her second year of competing in the event.

“I did not get it the first time… but I wanted to try once again.

“It kind of taught me that everything is not a competition, it is about the things you learn from it, and what it adds to your character,” Carter said.

Carter said her platform is bringing awareness to systematic racism and police brutality.

“I am doing a self-creative production,” Carter said.

For her talent, Carter is showcasing her Spoken Word.

Carter held a moment of silence for individuals who lost their lives to police brutality in 2020 and answered a dispatch call that led into her Spoken Word.

“Now that I have won the title, I plan to put forward the work to truly fulfill my reign as Queen,” Carter said.

Carter plans to use the scholarship money from the competition to pay off her bursar and use the leftover money towards her events.

Carter said, more of her family members and competitors’ families were able to watch the pageant because of the virtual option. Due to COVID-19, limited in-person seating was available at the event.

“It is a bit more convenient being a virtual pageant,” Carter said.

According to Carter, she was happy she decided to go through with the competition a second time because she has met and connected with new women throughout the process.

“It is important to invest your time in things like this because it builds you as a person,” Carter said.

In a statement Carter said: “Last year I competed in this pageant and went home with nothing. My pageant director motivated me to compete again and not give up. I did that, invested my time and hard work and it truly paid off. This just proves my morals that I hold dear to me which is to never give up.”