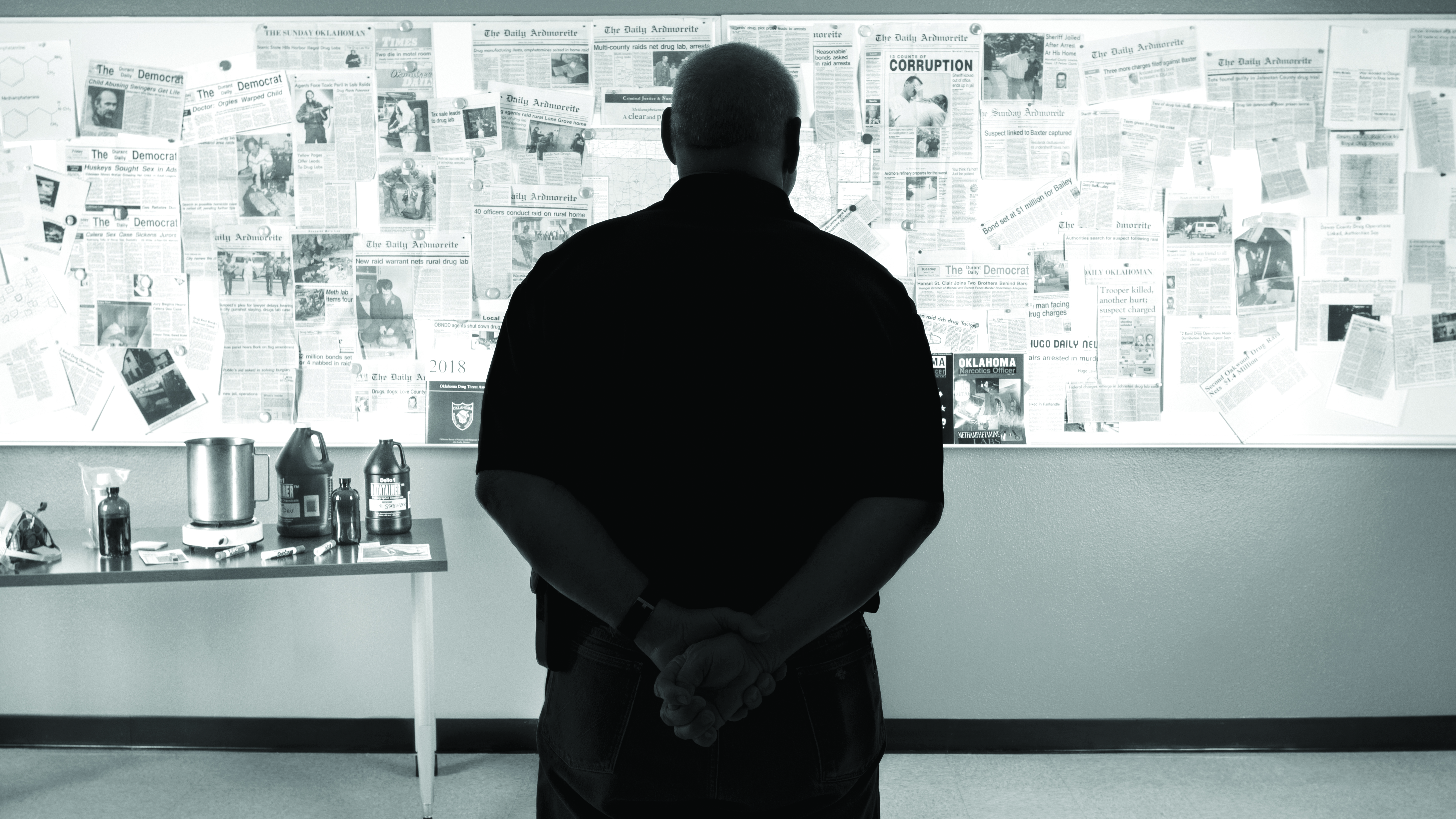 The University of Central Oklahoma’s Photographic Arts program and School of Criminal Justice are collaborating on a photo exhibit of clandestine methamphetamine labs that span over three decades to highlight the meth problem in Oklahoma.

The exhibit, which follows the journey of first responders that respond to these labs, is running from July 11 through August 9 in the UCO Communications Building.

Rashi Shukla, UCO professor of criminal justice, has been focusing on the meth epidemic in the state for 15 years.

“Today, meth is cheaper, more pure, widely available and it’s flooding communities,” Shukla said. “The cartels are trafficking it with the prison gangs and we don’t have an answer.”

Shukla said they are doing this project so that people can come see the real details of how serious the epidemic is.

“We invite law enforcement, the general public and people who have been affected by meth to come see the real details of this problem,” Shukla said.

Shukla said her ultimate goal is to get funding to take this exhibit to rural communities, but the problem needs to be highlighted in the city as well.

“UCO is in the heart of central Oklahoma and we have a big problem here also,” Shukla said. “Raising awareness about this everywhere gets people thinking about how they can help.”

Shukla warned that babies are being born in drug endangered homes, and they are not going to grow up to be well socialized people without intervention.

“We have a whole generation of kids at risk and the long term consequences are bad if we don’t do something,” Shukla said.

A research study conducted by the Los Angeles Biomedical Research Institute found that children with prenatal exposure to methamphetamine were 2.8 times more likely to have cognitive problems.

One of the sections in the gallery is themed ‘Where are we now?’ and Shukla said as of now, there is no ending for this story and the 15 year mark is not looking good.

“I have been working with a drug agent since 2004. He taught the first class that I ever went to about meth labs,” Shukla said. “This project we are doing now is his story. He has seen approximately 600 labs over the course of his career.”

This agent is Dub Turner, who raided his first meth lab in 1981. Turner, who is now retired from the OBN said that the public needs to be educated on the fact that this is still a prevalent problem.

“Four or five years after that first bust in Enid, we started to see more and more labs in the state and there is no sign of it stopping anytime soon,” Turner said.

Turner said he wants those who see this exhibit to walk away with a better understanding of the impact this puts on children.

“When someone does it, it doesn’t just affect them, it affects their family,” Turner said. “When mom and dad do it, a kid definitely thinks it’s okay. The children don’t have a choice.”