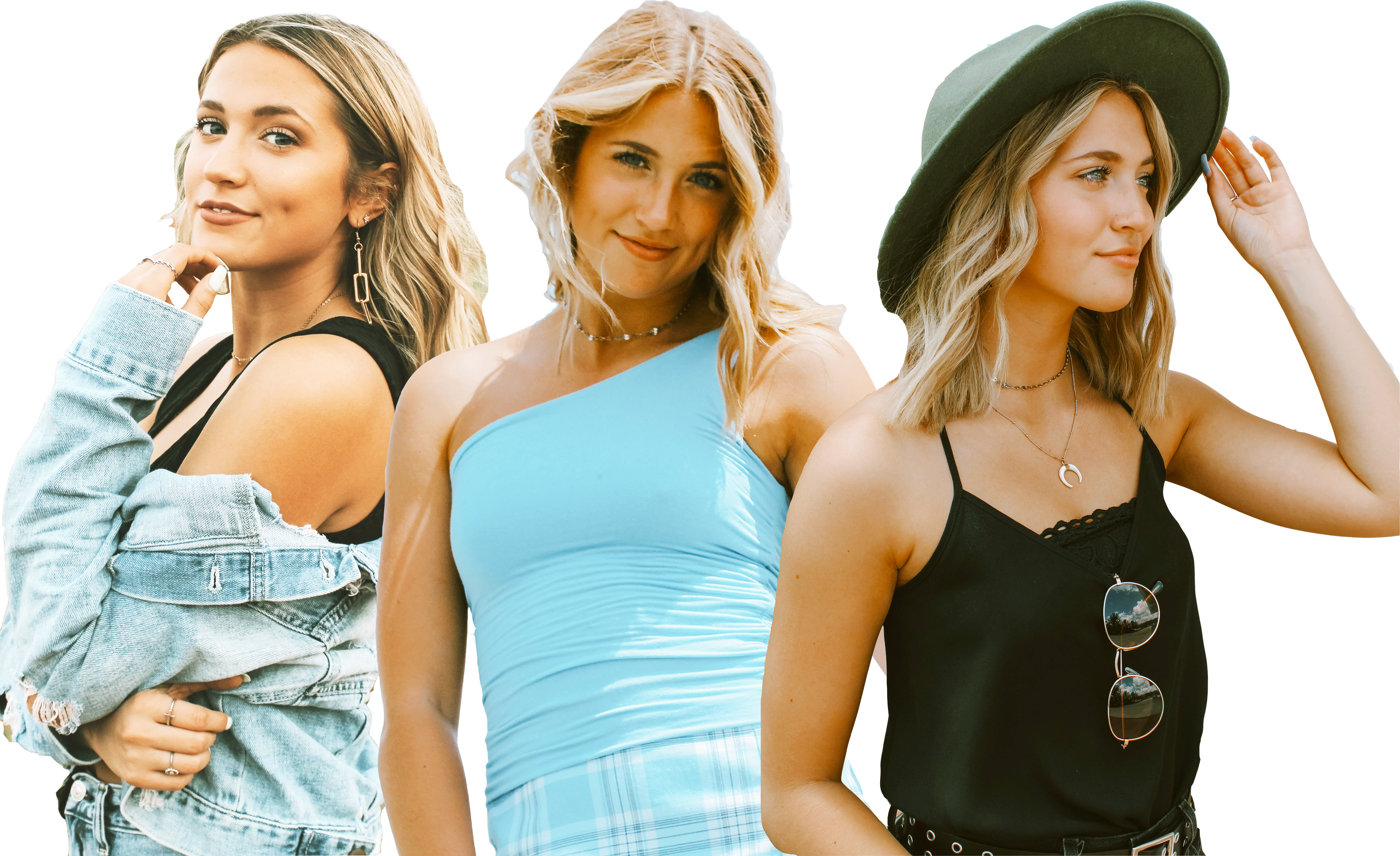 Nineteen years seems like too short of a time for all the things any person needs to do in life. And while it is much too little time to complete all of the dreams and reach every goal we set for ourselves, for Marissa Murrow, it was not too little time to have a profound impact.

From the time she was a small child, Marissa was the type of person who filled the world with love and light, according to her mother, Kristy Murrow.

“[Marissa] never wanted to hurt anybody’s feelings, even if what she needed to say wouldn’t hurt their feelings, she just didn’t want to take that chance,” she said.

A natural empath, Marissa was born in Oklahoma City on January 24, 2001. Her kindness and willingness to love others without judgement were traits that stood out from an early age, as her mother recalls.

“Even during that time where kids can be mean, you know a little cruel, a little protective of themselves so they kind of lash out to others, that was never Marissa’s style, ever. And she didn’t like to see anybody else treated that way either,” Kristy Murrow said. “That was very natural to her to be that way. It wasn’t anything that we had to raise her to be like.”

As Marissa grew, so did her faith, another aspect of her life that her mother says never required the encouragement of others to develop.

“She wasn’t over the top about it, as far as, making it the first thing everybody had to know about her. I don’t think she spoke really openly, publicly in a big way about it,” Kristy Murrow said. “I think she just tried to live it, and then people would know it about her through her actions and through her speech and through how she made them feel.”

Marissa’s faith led her to plug into the University of Central Oklahoma’s Baptist Student Ministry. But staying connected to her faith wasn’t all that mattered to Marissa. Giving back played a role, too.

“It was always very important and she took it very personal as far as, you know, doing devotionals, reading the bible, attending services, going to camp in the summers,” Kristy Murrow said. “Actually even in high school she was a sponsor for the middle school group, and I think her freshman year [of college] she even went back and worked at Falls Creek with the younger girls as well because she wanted to help nourish them, too.”

When Marissa first came to UCO she began pursuing a degree in forensics, but as time went on, her love for science and the forensic curriculum did not outweigh her love for people. She craved the human interaction that she had experienced during her time leading Sunday school classes and as a teacher’s aide while in high school.

“Even in her younger years she liked the idea of being a teacher,” said Kristy Murrow. “I think she wanted something that was more personal, around people, and that led her back to education and specifically special education.”

Human connection was important to Marissa in her personal life, too. She went through the panhellenic recruitment process her freshman year, which is where she first met Marissa Krusemark, a junior in Sigma Kappa at the time.

“Whenever I first saw her she had this smile that just beamed through, it was like radiating,” Krusemark said. “She had these little dimples, she just looked like the sweetest person.”

Krusemark instantly knew there was something different about Marissa. Talking to her only further confirmed that.

“I met her on open day and got to talk to her for a couple of minutes and in those first couple of minutes I just knew that she was someone special and that I wanted to be able to be her friend,” Krusemark added.

Krusemark would get to have another conversation with Marissa a few days later during recruitment, during an evening called preference night.

“You get to talk to them for about 30 minutes,” Krusemark said. “In those 30 minutes, it felt like I had known her my whole life. Talking to her, we had so many similarities and I could just see her heart right away.”

Eventually Marissa would join Sigma Kappa with Krusemark and become her little sister. This sisterhood, and sorority life as a whole would lead Marissa to begin impacting a number of women at UCO.

“She is a quiet presence at first,” Krusemark said. “But once you got to know her there were just so many sides to her and so that was something that I loved. The more time that I spent with her, I was constantly revealed another side to her that I didn’t know she had.”

Krusemark added that Marissa’s positive attitude toward things made her a natural leader, even during her freshman year.

During long late night rehearsals for UCO’s Cheer & Dance competition, Marissa would offer encouragement to the other women of Sigma Kappa. Marissa had been involved in cheerleading throughout high school, which may be part of what made the event a favorite for her.

“You never saw her angry. She would light up these practices even when we were all just tired and exhausted,” Krusemark said.

A life cut short needlessly, many at first felt anger toward the man whose actions ended Marissa’s life. While Kristy Murrow acknowledged the validity of these emotions, she also pointed out the way she thought Marissa’s character would lead her to respond, would she have been placed in the same situation.

“I think overwhelmingly, she would have felt bad that this person did a horrible thing, a terrible thing. It was a mistake,” Kristy Murrow said. “And yes, he was drunk while he did it, but he will be sober soon and he will then have to realize what happened.”

She added that her daughter wouldn’t want anyone to harbor or hold on to hate or bitterness on her behalf.

Likewise at her vigil and balloon release, held at the Sigma Kappa House on Oct. 7, chapter president Kenzie Taylor said the sorority was choosing to push past mourning and celebrate Marissa’s life.

“Marissa was a light herself,” Taylor said. “She was a beacon of joy and happiness.”

During the vigil, several of Marissa’s sorority sisters spoke about her. Over and over she was described as a woman who chose her words carefully. Krusemark echoed this same memory.

“She knew how impactful words were and how much they meant,” Krusemark said. “She wanted to make sure that she never just wasted words or threw out empty phrases. She never wanted to say ‘I love you’ if she didn’t mean it.”

Choosing her words wisely meant those around her cherished the conversations they had with her. Ashlynn Stewart was Marissa’s roommate, and addressed the crowd during her vigil.

“I could listen to her speak for hours and just soak it all in,” Stewart said. “Everything she said and did made me feel so seen, so heard, so valid. She would never let you struggle alone.”

Validating others, and never seeking self-validation was another of Marissa’s character traits according to her sorority sisters.

“She’s the type of person who made everybody feel like a somebody,” said Bailey Poage, one of Marissa’s fellow Sigma Kappa sisters.

“She didn’t ever feel a need to be loved and valued by all of these people. She just was who she was,” Krusemark said. “When she loved people, she loved them so deeply. And it was like once you experienced that you just never wanted to go without that.”

Krusemark said one of the greatest lessons she learned from Marissa, is not to take anything for granted.

“She lived life to the fullest and she lived it with no regrets. She was never afraid to do things,” Krusemark said. “She would push me out of my comfort zone and push me to do things because she was like ‘Life is short.’”

In only nineteen short years, Marissa embodied the heart and soul of what it meant to be organic and genuine, according to the people who knew her well.

Krusemark holds onto Marissa now, counting her as her greatest inspiration and wanting her to know that she will never be forgotten.

“I will always carry her legacy on with me,” Krusemark said. “Words just always seem like they fall flat, because she was just everything to everyone.”

To her friends, family and acquaintances, an indelible impression will forever remain in every area that she walked. Through them that impression will carry to the rest of the world, that we might all adventure a little more fearlessly, love a bit more genuinely and live life more organically, like Marissa.