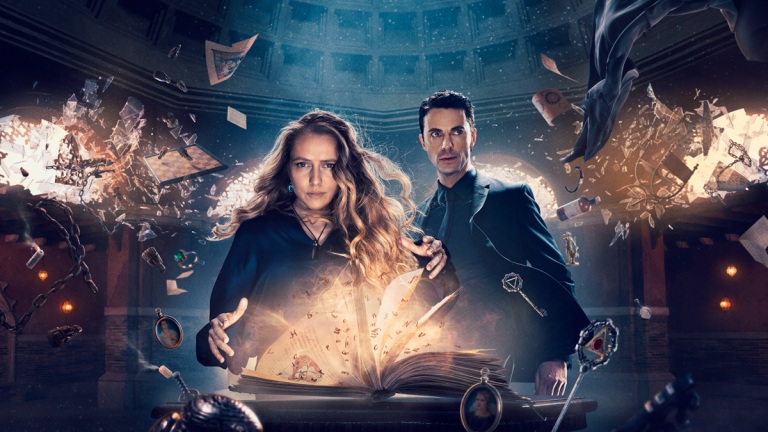 Magic is the forefront in ‘A Discovery of Witches’

Witches, vampires, and demons are not new concepts for a modern horror or fantasy tales. However, much more is confronted, showcased, and reflects modern day struggles of both individuals and society through characters that we can all appreciate in “A Discovery of Witches.” Deborah Harkness, the author of the “A Discovery of Witches” trilogy and All Souls series, created a captivating world that is nothing like Stephanie Meyer’s “Twilight” saga. This story is for the grown ups.

“A Discovery of Witches” centers around Diana Bishop, portrayed on screen by Teresa Palmer, a witch who has denied herself of her powers and identity most of her life. A successful professor of history and alchemy, her world turns to chaos when she unknowingly calls up an old manuscript that other witches, vampires, and creatures have been trying to find for centuries. She finds herself trusting French scientist Matthew DeClermont, played by Matthew Goode. As they team up to search for the lost book, the book of life, they fall in love in a world that bans such a union.

Time travel, a discriminated world, and human denial are topics that are put in the spotlight in both the books and TV series. “A Discovery of Witches” government, the Congregation, for centuries has kept all creatures from mingling with each other, keeping everyone in their closed groups. It refuses to change as the world has. Diana and Matthew, along with their family and allies, look to change that so all creatures can live in harmony and peace with humans.

Harkness began publishing the series in 2011, yet the themes in this story couldn’t reflect more of present-day society. Parallelism amongst minority groups, mental health, authoritarianism, and much more can leave viewers feeling sympathetic for most of the characters in this series. It’s a fictional world, but the issues they face are anything but fictional.

The third and final season of “A Discovery of Witches” is currently playing. New episodes come out every Saturday.

“A Discovery of Witches” can be streamed on AMC+, Sundance Now, and Shudder.