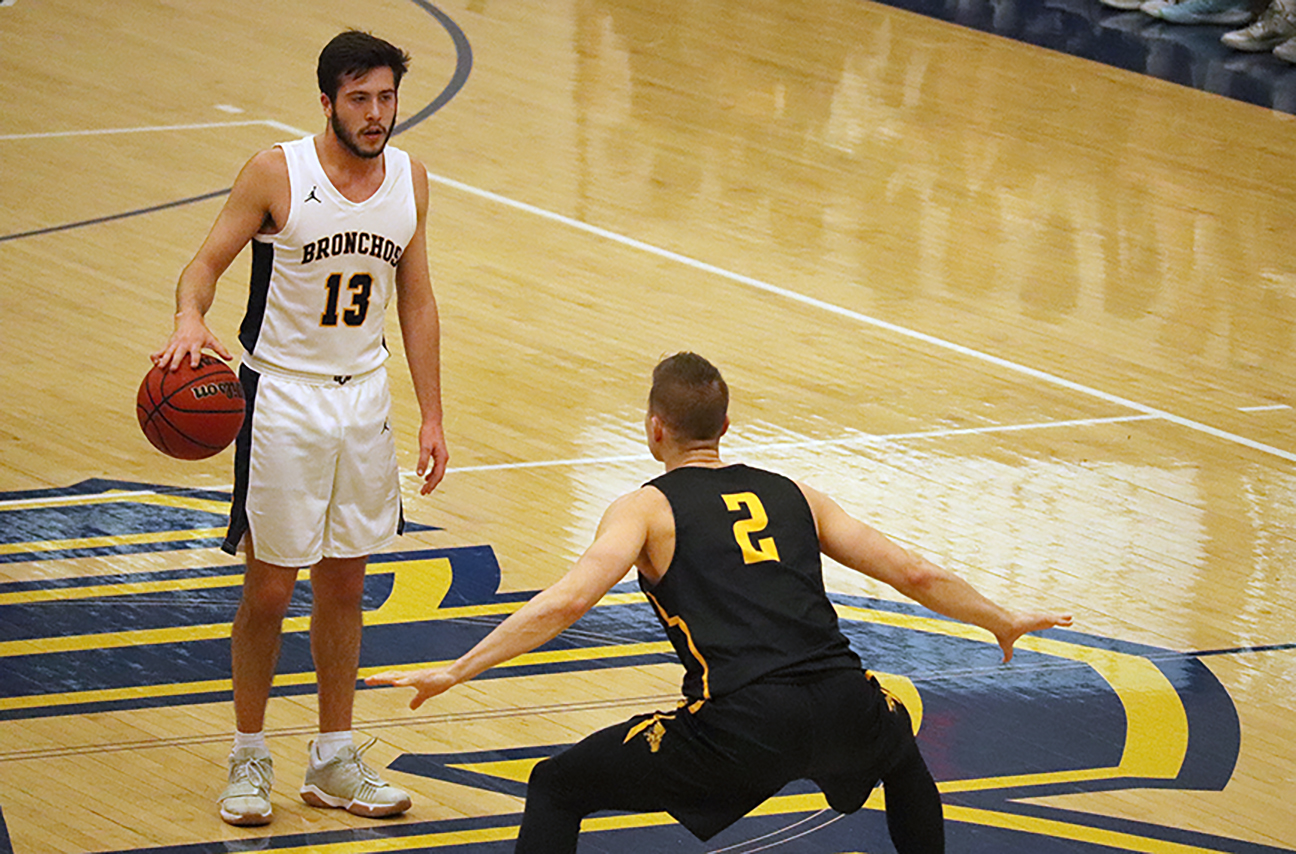 Losing Streak Extends to Eight After Loss to Fort Hays

UCO fell to the Fort Hays State Tigers 81-73 Saturday afternoon in Hays, Kansas, extending their losing streak to eight games. The Bronchos, 7-17 on the season, fell to 13th place in the MIAA after the loss to the 14th place Tigers.

The Bronchos came into the contest with the Tigers on a seven game losing streak, their longest such streak since the ‘77-’78 season.

UCO had another quick start to the game offensively, hitting five of the first nine shots from the field. The issue of late has not been early game offense for the Bronchos, but rather late game offensive efficiency and maintaining their composure for entire games.

Halfway through the first half, the Bronchos trailed by four after sputtering on offense. Fort Hays State took advantage of the struggles and started dropping in shots of their own to control the majority of the first quarter of the game.

Consecutive threes from Camryn Givens and Cooper Clark brought the game level at 21 with 7:19 left before halftime.

Broncho forward Camryn “Cam” Givens has been scoring consistently over the losing streak, pouring in double digit point totals in six of the seven games.

“I don’t really model my game after any specific (NBA) player,” said Givens. “I take a little bit from a lot of different players from the past and currently playing and try to adapt my game to incorporate a lot of the good things I see.”

Senior guard Dashon Bell provided some much needed offensive production for UCO in the first half, leading the team in scoring individually. Bell was finding his teammates in opportunistic places, dishing out six assists in the first 20 minutes.

The Bronchos took a 41-38 deficit into the locker room after getting their offense back-on-track late in the first half. The UCO defense was shaky at its best, allowing the Tigers to convert 63 percent of their attempts from the field and 67 percent of their three-pointers before halftime.

The theme of the first half, and the past few games, carried over into the beginning of the second with the Tigers expanding their lead to 12 five minutes into the final period. Fort Hays State hit three of their four three point attempts against good defensive pressure, with all of their shooters seemingly locked into “The Zone”.

UCO’s radio play-by-play announcer Tony Sellars described the game late in the second half, saying “Even when UCO gets something, it doesn’t matter when it’s taken back on the other end.”

An accurate assessment of the game.

The Bronchos struggled all of the second half to get defensive stops against the last place placed team in the MIAA, who shot much more efficiently than they have in any other game this season.

A late offensive surge for the Bronchos brought the deficit down to six from 16 with 90 seconds left, but were unable to draw any closer ultimately losing by eight points.

Redshirt-freshman Justin Nimmer led UCO in scoring, coming off the bench to notch his first 20 point game in a Broncho jersey. Dashon Bell also scored 18 points to go along with his seven assists.

The Bronchos will be back in action at home next Saturday against Newman University. Bob Hoffman’s squad will look to end their historic eight game losing streak and salvage what is left of the regular season and keep their hopes alive to qualify for the MIAA tournament.

The game will be streamable on TheMIAANetwork.com and broadcasted on 1560 AM in Oklahoma.