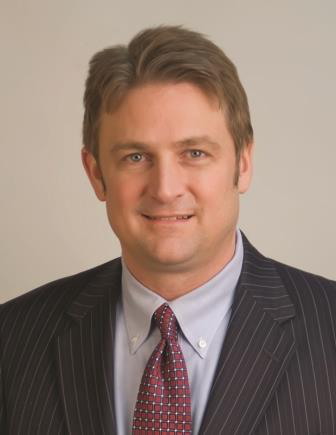 John Maisch, an assistant professor of legal studies at UCO, died unexpectedly Thursday. He was 51.

Funeral services have not been announced, as of publication date.

Dr. John Maisch served the UCO community in several capacities, serving on the faculty senate for about five years, and acting as faculty senate president in 2016. An Oklahoma attorney, graduating from the University of Tulsa College of Law, Maisch was the faculty advisor of UCO’s Pre-Law Society. He led alongside students, encouraging the executive board to make the organization their own. In an Instagram post, UCO Pre-Law Society student officers reflected on Maisch’s life writing:

“Our hearts are heavy today as we process the loss of our dear friend and fearless leader, Dr. John Maisch. He was much more than a professor—he was an advocate and a voice of encouragement to everyone he encountered. The Pre-Law Society and UCO family grieve with all who knew him, family, friends, students, and faculty, and our thoughts are with his wife and son. We will keep everyone apprised of ways to celebrate his life but until then, be kind to one another.”

Before coming to UCO, Maisch delved into liquor law prosecution, and became a crucial figure in the closing of unlawful liquor stores in Whiteclay, Nebraska in 2013. The influx of beer sales in Whiteclay came primarily from residents of Pine Wood Indian Reservation, where alcohol possession is banned. He produced the documentary “Sober Indian,” after conducting several interviews with four Lakota men who had left their homes in Pine Ridge because of the reservation’s law against beer consumption. Two months later, Maisch was “surprised to find that all four men had returned to the reservation and were attempting to become sober,” the Sober Indian’s website read. The film explores these men’s relationships with Whitclay and alcoholism.

In his TEDxUCO speech, Maisch talked about his experience in Whiteclay, and how public perceptions of alcoholism sometimes do not hold governments or corporations accountable. At the time, Budweiser was the lead-selling beer in Whiteclay.

“We talk all the time about drinking responsibly, but at some point, I believe that we have to turn to Budweiser and say ‘We’ll drink responsibly, if you’ll sell responsibly.’ As a former liquor regulator, I can tell you whether it’s Oklahoma City where we have homeless men and women who drink alcohol and have addictions or whether it’s in Whiteclay, we always talk about it in terms of it being a homelessness problem, or in Whiteclay as an Indian problem,” Maisch said. “But very seldom, if ever, have I heard anyone ever stand up and say, maybe this is a capitalism problem or a corporation problem.”

In 2017, the Nebraska Liquor Control Commission voted to close the affected liquor stores in Whiteclay. Maisch purchased the former Lakota Hope Ministry site in Whiteclay, and sold 48 acres to a tribal entity, the Thunder Valley Development Corporation, for housing and health programs to turn the village into a “place of healing.”

He is survived by his wife, Julia, and his 10-year-old son, Jacoby. The UCO community and College of Business mourns his death.