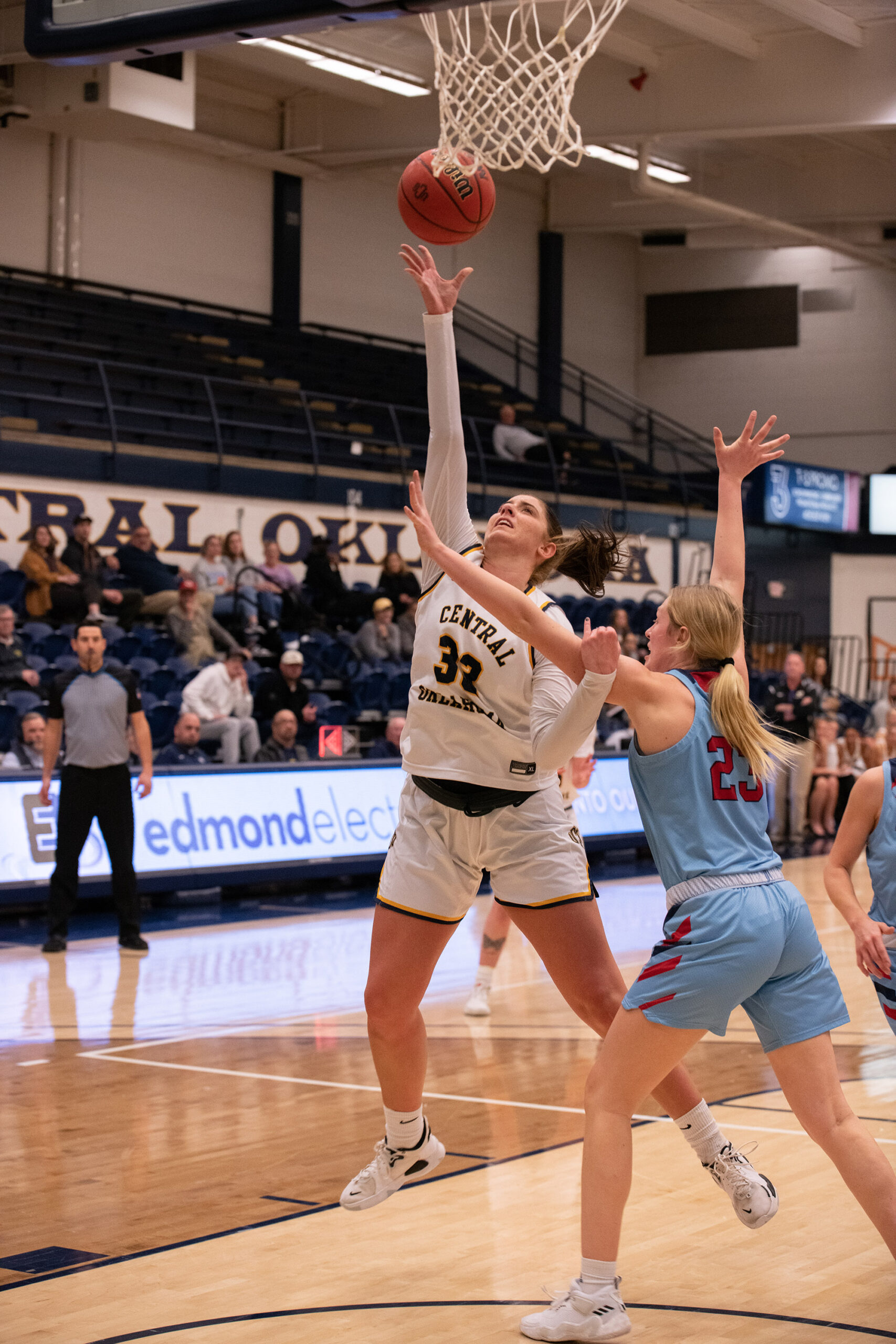 This past week, UCO basketball standout Kelsey Johnson reached a milestone that no other U.S. player has come close to attaining. She has made more shots (158) and scored more points (414) than any other player in the nation.

Out of the 313 Division II teams across the nation, Johnson stands at the top in a league of her own, and it’s not even close.

Johnson will be the first to point out she isn’t doing this alone. A lot of credit goes to her teammates, which led to the Bronchos most recent 74-71 victory over Emporia State Thursday night.

“I would get doubled and kick it out, and they hit some shots, which really helps us as a team when they can hit outside shots.”

Johnson had 20 points in this contest, which is right around her average on the season, but what is most impressive is her career-high, 38-point outing against Missouri Western last week.

If this isn’t enough evidence to prove that she is a superstar, she dropped 30 points against Northwest Missouri on Jan. 20 as well.

The Bronchos did not get the result they wished for in these contests, but it is apparent that the university is witnessing greatness when number thirty-three takes the court each game.

Johnson is going on her third year at UCO, getting her master’s degree in Family Life Education after graduating in three years from Texas-Arlington.

Injuries and the COVID-19 pandemic have played a role in Johnson’s extended time in college. During her freshman year at UTA, she ended up tearing her ACL, which resulted in her redshirting that season. Last year, she was given an extra year of eligibility due to the pandemic.

These setbacks may have been a blessing in disguise; with her best statistical year under her belt, it is only natural to think about life after UCO and the possibility of playing professionally.

“All of that is up in the air right now. I don’t ever remember a time in my life that I wasn’t playing basketball; I started playing when I was three, that’s almost 21 years; I am about to be 24, so it is hard to imagine a life without it. So I am sure if I don’t go play overseas, which there is a pretty good chance I am going to try to do that, and hopefully I can get on a team, then I think that it will always be in my life one way or another.”

Johnson’s journey is certainly not over, but her career has been top tier thus far, which is why she is exclusively in a league of her own.

Come check out Johnson in action as the Bronchos take on Nebraska Kearney on Feb. 3. at Hamilton Field House.