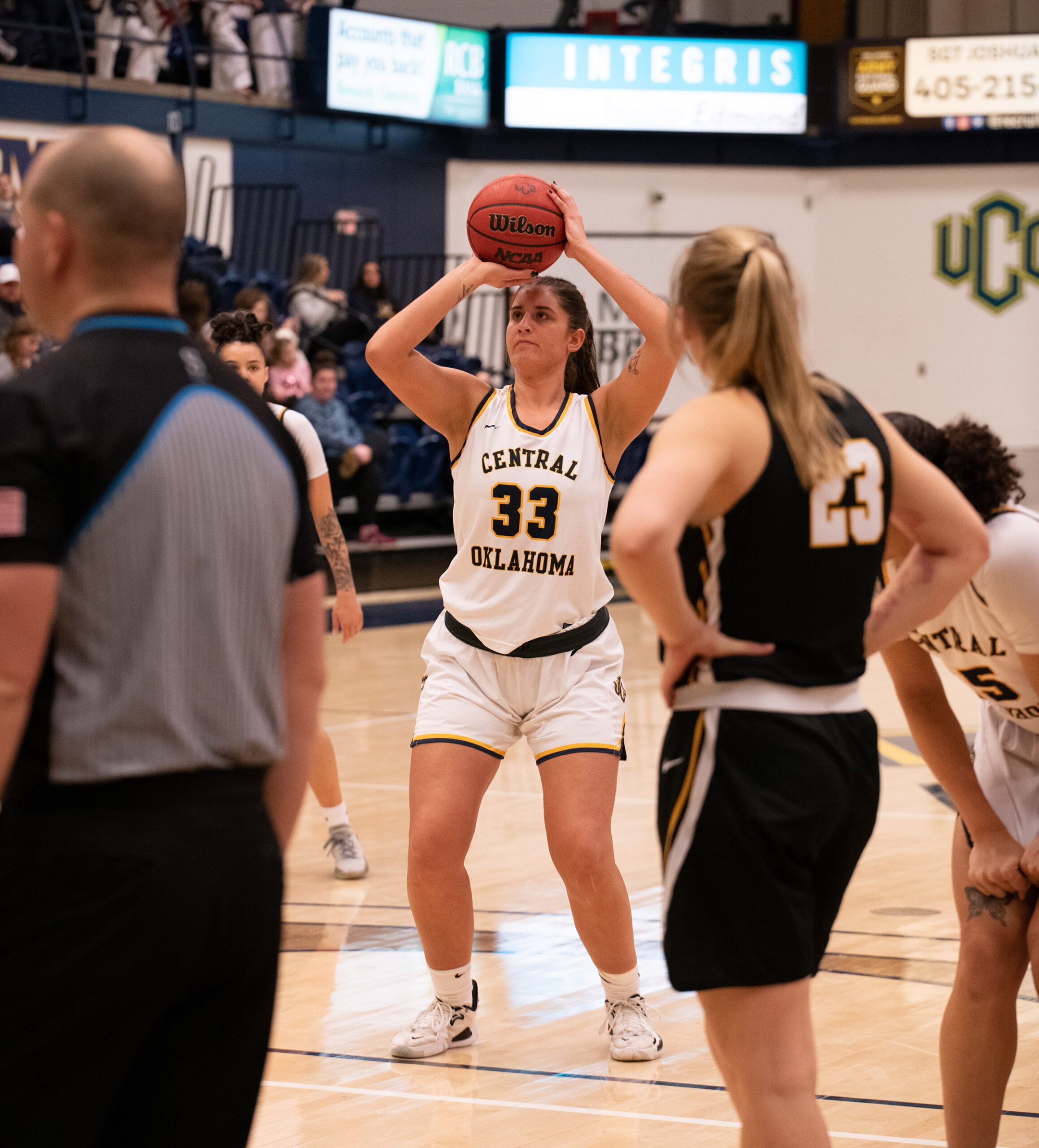 One of the best forwards in the MIAA who continuously sets new records, UCO’s very own Kelsey Johnson has made quite the name for herself at Hamilton Field House.

While at UCO, senior forward Johnson has set six school records, including average points per game, single game field percentage and career field goal percentage. Not only has Johnson secured school records, but she was also MIAA player of the week 4 times during the 2021-2022 regular season.

There is no doubt that Johsnon is a threat on the court, an aggressive player on defense with a smooth offensive style. But how did Johsnosn become the player she is today?

When asked how long she has been playing basketball, Johsnon will say “21 years,” meaning she began to play the game at age 3.

“I don’t remember the first time I picked up a basketball. I think I had a ball in my hands before I could even walk. My mom played basketball at the division 1 level, so it was just a given that I would play as well,” Johnson said. “ I think that’s what has kept me going all these years. I’ve always wanted to be just like my mom and make her proud.”

Johnson played ball in middle and high school in Washington, Oklahoma, where her record breaking career began. Everyday in high school, Johnson would shoot and make 700 shots to improve her consistency during games.

After high school, Johnson attended The University of Texas at Arlington, where she played in 54 games in the two seasons she was there. Johnson averaged two points and just under two rebounds per game over the course of her time there.

After two seasons with the Mavericks, Johnson made the move to become a Broncho.

“When I transferred, I actually had my heart set on another school, but when I took my visit to UCO, I knew it was home,” Johnson said. “I could tell the coaches genuinely cared about their players and that was something that was really important to me.”

It is those same coaches that continue to push Johnson to the best she can be.

“I want to be the best I can for my coaches. I know they rely on me to lead, so I try to work hard everyday so I don’t let them down,”  she said.

And she has definitely not let them down. Johnson has been lead scorer for the Bronchos since she arrived for the 2019-2021 season. She played and started in every game her first two seasons at Hamilton and not only that, she played more minutes than anyone else. Johnson definitely made a name for herself here and gained a family of supporters and fans.

“There are so many special people to me that I wouldn’t have ever known if it wasn’t for basketball,” she said.

Johnson will be graduating this spring and saying goodbye to the Hamilton paint, but she does not have plans of hanging up the shoes just yet. Johnson let us know that she has hopes to go play basketball overseas after graduation.

When asked what she wants UCO to remember her for, she did not say the number of records she broke or the amount of awards she won.

Instead, she wants UCO to remember her leadership.
“I know I can score a lot of points and that’s probably what I do best,” Johnson said. “But I don’t want to be remembered for that as much as I do for the type of leader I am.”