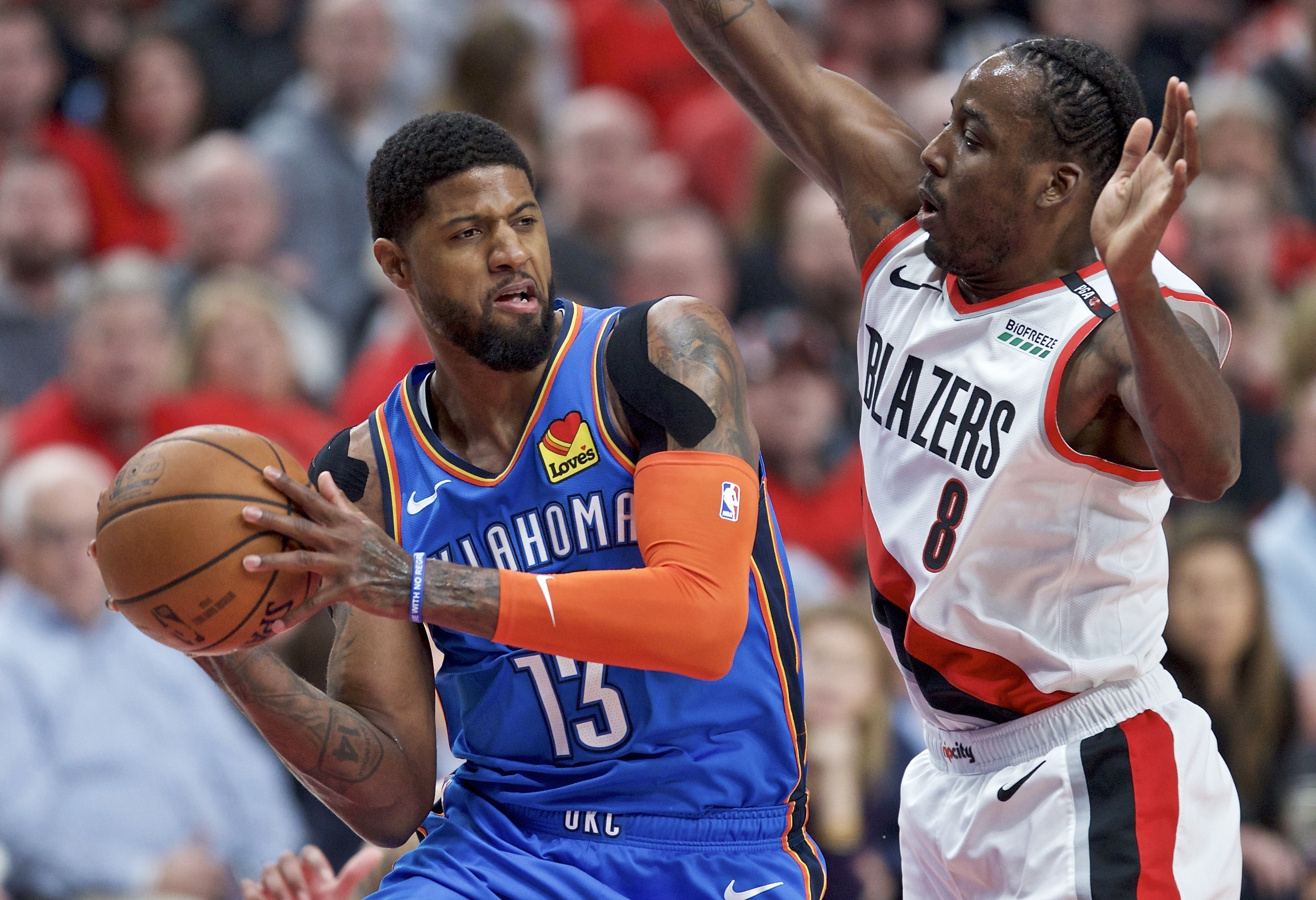 After defeating the Golden State Warriors in the Finals, the NBA was anxiously awaiting Kawhi Leonard’s decision. He had narrowed it down to the Los Angeles Lakers, Los Angeles Clippers, and Toronto Raptors, and it was rumored that the Clippers were completely out of the race.

Leonard then shocked everyone, signing a 4-year $142 million max contract with the Clippers, and persuading OKC’s Paul George to request a trade to Los Angeles.

Perhaps the most surprised were the Oklahoma City Thunder officials, who hadn’t intended on trading George until his request. George is from Southern California, and was rumored to return to California before signing with the Thunder last offseason.

It was reported that Oklahoma City had engaged in trade talks with the Raptors about George, but Toronto didn’t have the assets to get the deal done, even with 2019’s Most Improved Player Pascal Siakim in the deal.

“In the end, Kawhi Leonard didn’t want to construct a Super Team with the Lakers. He wanted a co-star across the Staples corridor with the Clippers,” Wojnarowski reported “Get PG, and I’m coming.”

After missing out on Leonard, the Lakers spent their remaining cap space on a number of role players, immediately signing Danny Green to a 2-year $30 million deal. They then resigned Javale McGee for two years, and signed four-time All-Star Demarcus Cousins, veteran Rajon Rondo, and Alex Caruso to minimum deals.