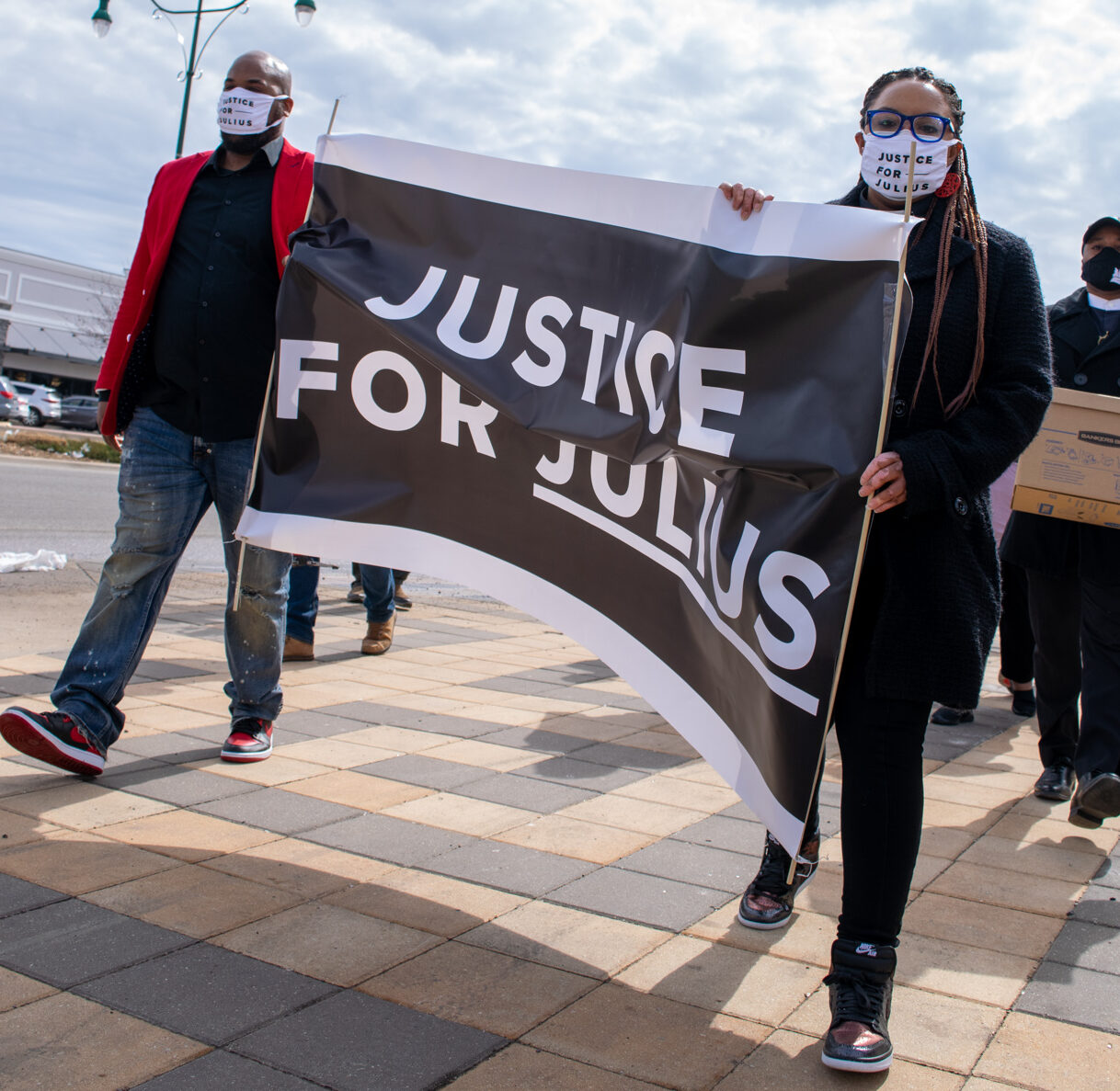 Julius Jones’ Nov. 1 clemency hearing ended with the Oklahoma Pardon and Parole Board recommending clemency with a vote of 3-1, mirroring their vote from September.

This recommendation does not alone affect Jones’ scheduled execution date on Nov 18. While the Board waits on a final decision from Governor Stitt, calls to Stitt’s office continue to roll in as “phone zap” initiatives increase across Oklahoma with the goal of keeping Jones alive.

“I believe the pardon and parole board has made the right choice twice now and the Governor should approve their recommendation. Reasonable doubt is an understatement when it comes to this case. Governor Stitt’s own appointees that he chose to represent him voted in favor of commutation for Julius not once but twice now. He appointed those individuals for a reason and should trust in their decision,” said Angela Little, an advocate for Jones assisting Cece Jones Davis, the campaign director for the Justice for Julius movement.

“The board’s vote speaks for itself,” said Tom Bates, executive director of the Oklahoma Pardon and Parole Board. Bates did not have any other comments.

Jones and three others on death row including John Grant were removed from a lawsuit after they indicated on a court document that they would not propose alternative methods for their executions, and Grant’s execution took place only three days after.

Before Grant, Oklahoma had been on a six-year break from executions beginning in 2015 after the botched executions of Clayton Lockett, which took 43 minutes in 2014, and Charles F. Warner, which took 18 minutes after he was administered the wrong drug.

At the end of last month, Grant was executed by the State of Oklahoma for the murder of a prison guard 23 years prior. Grant had been in adult prison since the age of 17 when he was arrested for armed robbery. During his execution, he convulsed and vomited after receiving the first drug in the three-part series typical of lethal injection. The first drug, midazolam, is used as a sedative but Grant was vomiting, convulsing, and swearing after receiving it, according to media witnesses. He was officially declared unconscious at 4:15 p.m. and dead at 4:21 p.m.

Gov. Stitt has not yet made a public decision.