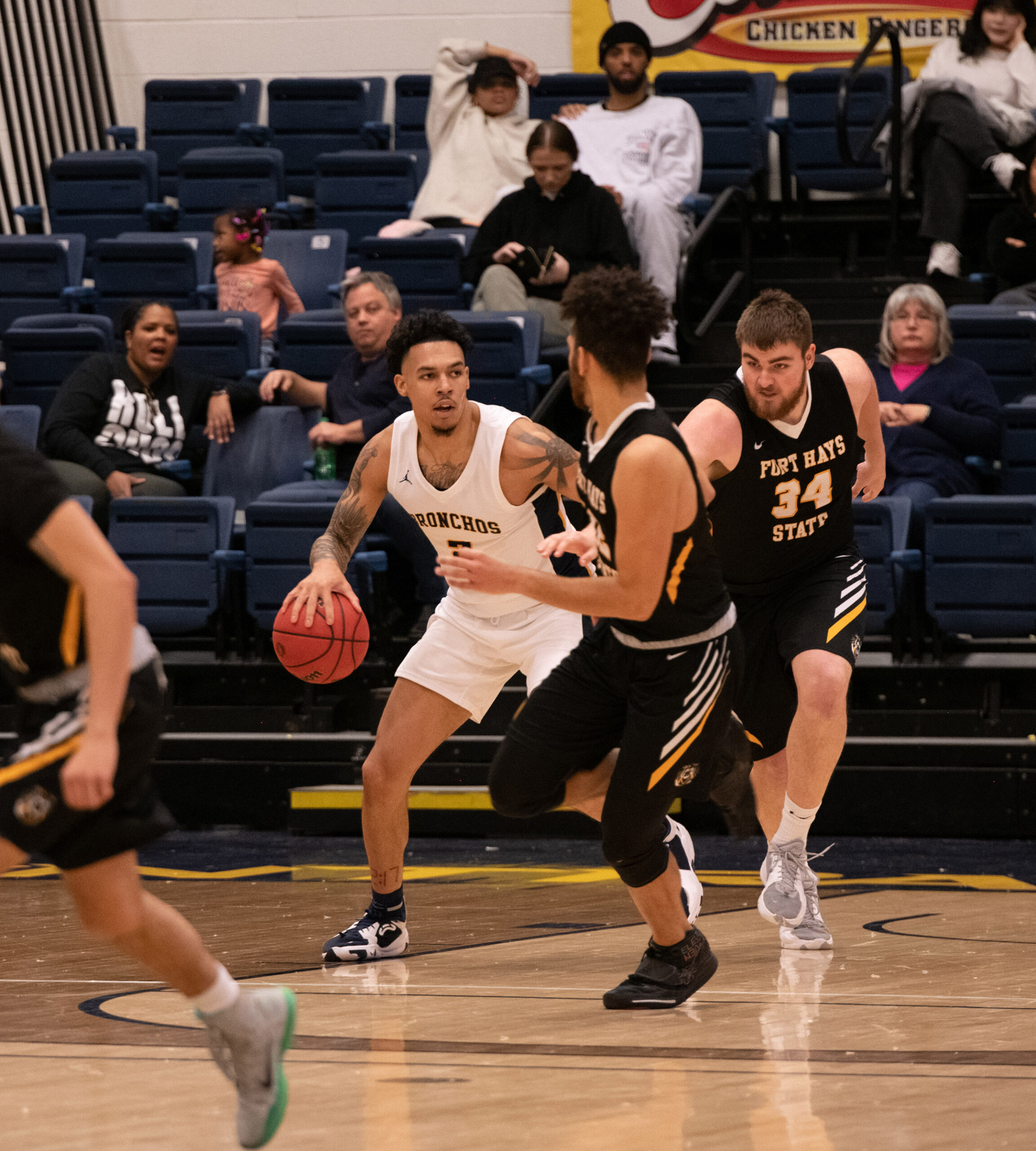 UCO’s own Isaiah Wade was just named to the Small College Basketball’s Bevo Francis Watch List Top 50, making him among the best 50 players in the country.

Wade, a senior forward, is known to be one of the most athletic players in the MIAA. Wade is Central’s leading scorer at 18.9 points per game and he averages a team-high 8.7 rebounds per game to rank him fifth and second in the MIAA. Wade has scored double figures in 20 of 23 games played this season. He’s scored at least 20 points in 10 of the games this season.

But when did Wade’s love and determination for the game begin?

“Honestly, I played all the time at neighborhood parks,” Wade said.

Wade said the first time he ever picked up a basketball was in fourth grade, when he tried out for a youth sports team. But after not making the team, he did not attempt to play team sports again for several years.

“I’ve been playing basketball all my life, but never took it seriously until my junior year of high school,” Wade said.

Wade attended East High School in Waterloo, Iowa ,where he had a standout senior season averaging 15.2 points, eight rebounds, and seven assists per game. From there, he attended Iowa Western where he played two seasons and earned All-Region honors averaging 12.1 points, 9.5 rebounds and had 16 double-doubles.

After his JUCO experience, Wade made the move to D1 school, Washington State. At WSU, Wade Played in 29 games during the 2018-19 season, two of which he started. He had a career-high of 17 points and 10 rebounds.

It would be the next season that Wade found his way to UCO.

“It was hard leaving Washington State, but after a change in coaching staff I felt out of place.. so I left without a destination,” Wade said. “I met Coach [Bob] Hoffman on an unofficial visit and we just connected and I knew he wanted to help me create an opportunity to be successful and have a bright future.”

The 2020-21 season is where Wade really began to show off, playing in 23 of 24 games for the Bronchos and starting in each of them. He averaged 14.8 points per game, led the team with nine rebounds per game, had 25 steals — the second-most on the team — and led UCO with 12 blocked shots. Wade scored in every single game he played in and scored in the double-digits in 18 of the 23.

Wade is extremely versatile on the court, he is savvy on offense and has a physical defense.

“I am a position-less player,” he said. “I play everywhere on the court.”

This season, Wade is continuing to bring an unreal amount of heat to the court. Most recently, in the Bronchos game against Rogers State, Wade had 23 points and six rebounds. He made seven of 12 shots and eight of 11 free throws. Wade helped bring home the win with a three-pointer to give the Bronchos an 81-71 lead with about a minute left.

“My favorite thing about basketball is the tempo, physicality, fast reactions, fans, and how much love comes with this sport,” Wade said.

Wade’s love for the game can be experienced in person on Wednesday as the Bronchos face Central Missouri at Hamilton Field House.