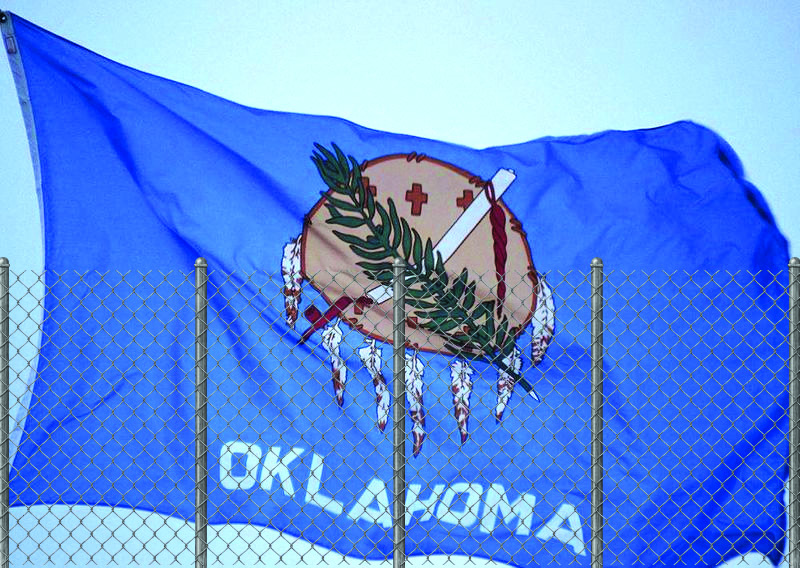 Davis Correctional Facility (DCF) is an all-male private prison near Holdenville, Oklahoma run by Corecivic. Corecivic is the nation’s largest owner of partnership correctional, detention and residential reentry facilities. Corecivic also claims to be the “largest owner of private real estate used by government agencies,” according to their website.

DCF opened its doors in 1997 under contract from the Oklahoma Department of Corrections (ODOC) and has housed inmates ever since.

A March 2021 audit report determined the facility was “staffed appropriately to address the maximum/medium security level population housed at DCF and movement of those inmates throughout the facility.”

Despite the audit, Corecivic acknowledged staffing shortages in a press release following the July 31 death of correctional officer Alan Herschberger.

“We’re also committed to attracting and retaining qualified, professional staff at Davis,” Matthew Davio, Corecivic’s public affairs manager, said in a statement. “However, both public and private correctional facilities have faced staffing challenges across the country.”

“Correctional officers reported they witnessed Darren R. Padron attack Patterson with various strangulation techniques including a lateral neck restraint, pushing his elbow into Patterson’s throat as he lay prone, and utilizing Patterson’s shirt as a ligature,” an ODOC investigator wrote in an affidavit.

Patterson is one of three inmates to be killed at Davis Correctional Facility this year. Emergency records indicate there have been an additional 15 non-fatal stabbings at the facility this year as well.

DCF’s inmate population as of March 2021 was 1663, and the facility was staffed with 301 employees as well as 139 contractors and volunteers. Per the most recent Bureau of Justice Statistics Census, the average American prison’s ratio of prisoners to correctional officers is 4.9 to 1. In 2021 DCF’s ratio of employees (not just correctional officers) to prisoners was 5.5 to 1.

Additionally, as of March 2021, 97 of the facility’s 301 employees were hired in the last twelve months. The high turnover rate is common in all Oklahoma correctional facilities, private or state-owned. It was only in April that correctional officer recruit’s minimum wages rose 30% from $15.74 to $20.46 an hour, according to an announcement from the ODOC.

A similar string of incidents occurred last year at a Corecivic facility in Tennessee. Three inmates in Hardeman County Correctional Facility died in the span of just four months. Two lawsuits were filed in response to the deaths.

“Corecivic serially underinvests in prison staff, security and inmate healthcare at its prisons, leading to predictable and horrific results,” Daniel Horowitz, one of the inmate’s families attorneys wrote a legal filing.

Another Corecivic prison, the Cimarron Correctional Facility in Cushing Oklahoma, closed in 2020 after the ODOC decreased its budget by $25.5 million. In 2015, a deadly fight broke out in the prison leaving four inmates dead.

As of Sep. 24 2022, Corecivic Inc is worth $2.16 billion and incarcerated an average of 53,613 people in 2021, according to investigate.org. DCF and Lawton Correctional Facility, operated by GEO Group, are the only private prisons in Oklahoma.