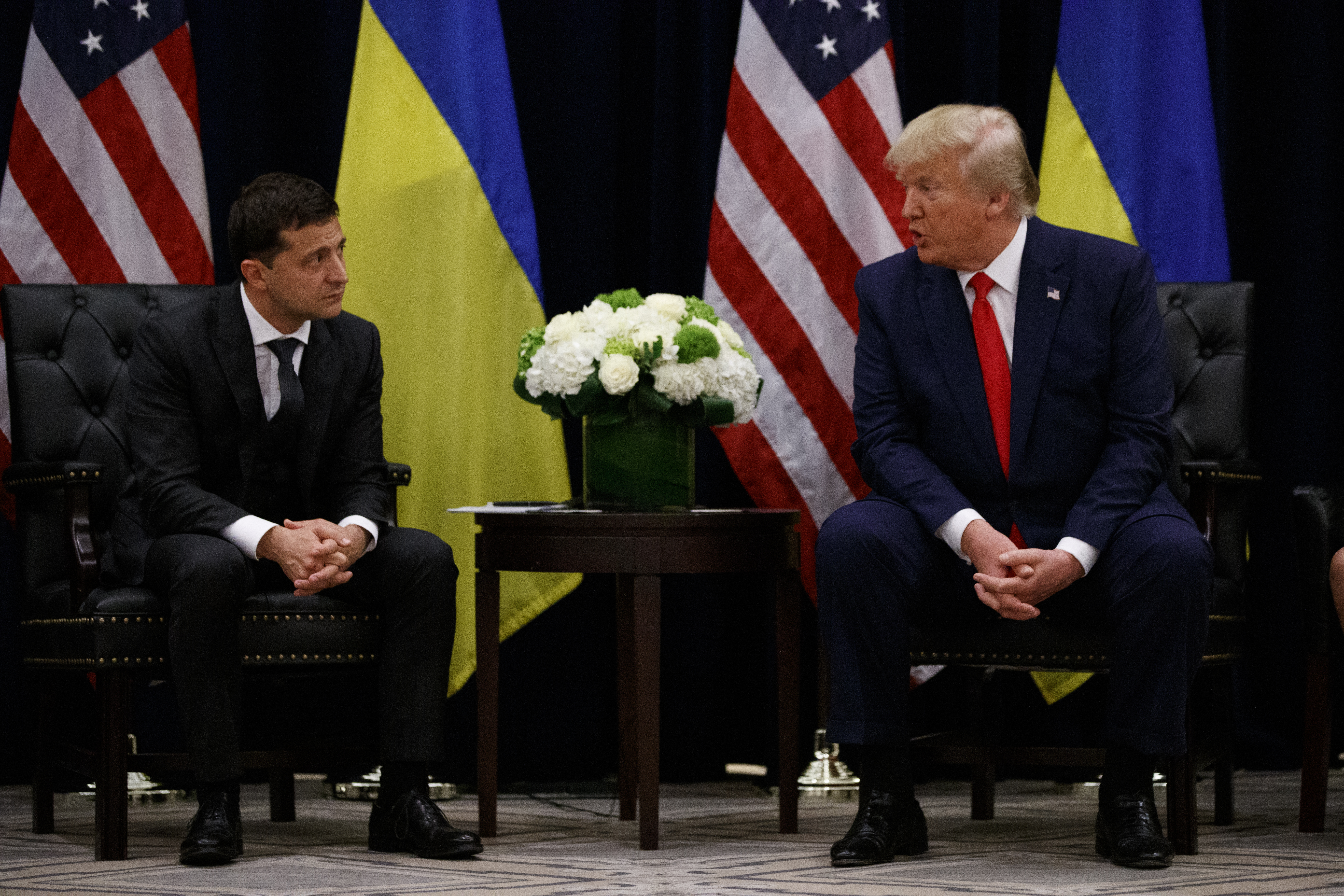 Impeachment Inquiry: A Necessity for Democracy

For just the fourth time in United States history, an impeachment inquiry has been initiated into a sitting president.

The inquiry comes after President Donald Trump withheld around $400 million in military aid for Ukraine, then proceeded to urge the county’s president, Volodymyr Zelensky, to look into the possible unsavory business ties of former Vice President Joe Biden’s son.

In a summary of the call, released last week, Trump told Zelensky, “There’s a lot of talk about Biden’s son, that Biden stopped the prosecution and a lot of people want to find out about that, so whatever you can do with the attorney general would be great.”

In the transcript, Trump then proceeds to ask Zelensky to work with Rudy Guiliani, Trump’s personal attorney, as well as U.S. Attorney General William Barr on the investigation.

The offense here is that Trump reached out to a foreign government to investigate a political rival.

In addition to that, a whistleblower alleged that White House officials tried to keep administration officials from accessing a transcript between Trump and Zelensky by moving it to a classified system that a very limited number of administration officials have access to. This server is reserved for covert operations and information that is so sensitive it is given a code word.

In May 2014, just after the revolution of Ukraine, Hunter Biden and Devon Archer took a seat on the board Burisma Holdings, a Ukrainian gas company that was at the core of a U.K. money laundering probe. Biden was paid up to $50,000 a month.

The activities of Burisma and its owner, Ukrainian oligarch Mykola Zlochevsky, were investigated by Viktor Shokin, a prosecutor for the Ukrainian government. Mind you, this was from 2010-2012 before Biden took that seat.

Viktor Shokin was voted out by the Ukrainian Parliament, under pressure from numerous Western nations including the U.S., on the grounds that he had ignored corruption.

Then-Vice President Joe Biden went to Ukraine by his own admission, about a dozen times from 2014-2016, to work with the country under new pro-Western President Petro Poroshenko.

Biden, in agreement with a plan created by the State Department in conjunction with the European Union and the International Monetary Fund, threatened to withhold $1 billion in loan guarantees for the Ukrainian government, contingent on reform changes, including the removal of Shokin.

It was suggested there was a conflict of interest because Ukraine had a history of corruption since their removal of the USSR in 1991. The idea of someone working for a company that could be the beneficiary of his father’s political influence did not sit well with some.

Joe Biden said that he followed government ethics regulations and that his son was a private citizen who made his own decisions.

Trump and Guiliani claim there was wrongdoing with proof. However, three fact checks show there is no evidence of corruption by the Bidens.

“The fact is that the President of the United States, in breach of his constitutional responsibilities, has asked a foreign government to help him in his political campaign at the expense of our national security, as well as undermining the integrity of our elections,” House Speaker Nancy Pelosi said after the summary of the call was released last week. “That cannot stand. He will be held accountable. No one is above the law.”

The call between Trump and Zelensky coincidentally took place on July 25, the day after former special counsel Robert Mueller testified in front of Congress about Russian interference in the 2016 U.S. presidential election.

Unlike the investigation into the Trump campaign’s ties to Russian intelligence, there is a direct connection (the president asking what he did personally) that is evidence, in theory.

During this impeachment inquiry, that will be further examined and six House committees will look for more evidence.

As this process progresses, Congress should keep in mind the motivation for impeachment extends far beyond simply removing a sitting president.

The Founding Fathers enshrined rule of law in the Constitution, then they implemented majority rule with minority rights in the Bill of Rights. They viewed impeachment as the most effective method to resolve suspicions of wrongdoing.

U.S. Constitutional Convention of 1787 delegate George Mason said no one is above justice. Trump supporters who truly believe in strict interpretation of the constitution should welcome this impeachment inquiry. This is about preventing executive unruliness and striving for transparency as idealistic as that may seem at this time.

William Davie, also a delegate of the U.S. Constitutional Convention of 1787 viewed impeachment as “an essential scrutiny for the good behavior” of the president.

“If he be not impeachable whilst in office, he will spare no efforts or means whatever to get himself re-elected,” Davie said.

The inquiry process alone holds Trump accountable to a general sense of ethics expected of the president. If legislative officials can be convinced that Trump has violated this higher code, he can be impeached as it is essentially a political process with legal trappings.

Several committees have subpoenaed (ordered to appear or disclose under color of legal right) U.S. Secretary of State Mike Pompeo (one of 15 executive branch cabinet members) to appear before them. The subpoenas are a step further than a ‘pretty please,’ as ignoring them reveals a more deliberate obstruction and therefore doing so could result in harsher punishments.

Trump has to be cognizant of the possibility that criminal prosecution awaits him and his cronies if he loses the 2020 election. Whether that is for obstruction, finance felonies, tax evasion or corrupt business overseas, he would swim across a sea of sewage to avoid that outcome.