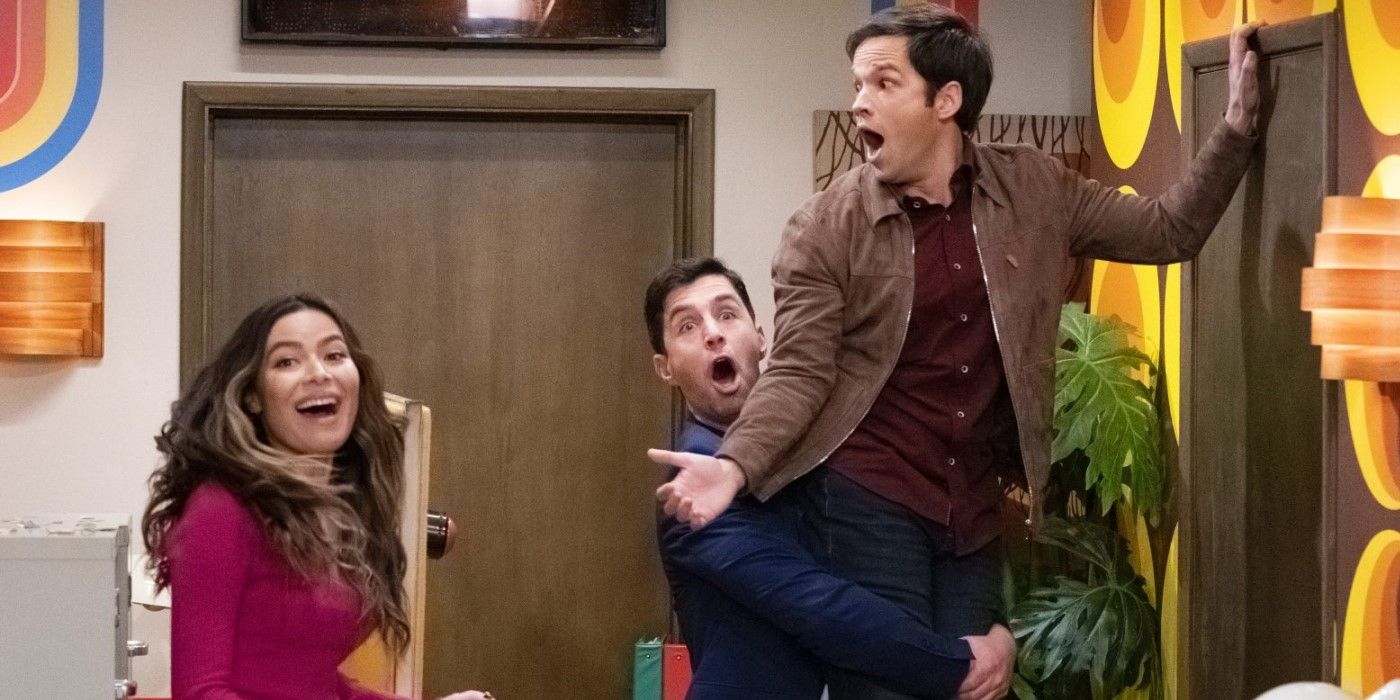 ‘iCarly’ brings nostalgia to Paramount Plus

Paramount Plus has released the first two episodes of the revival series of the 2007 Nickelodeon sitcom, “iCarly.” The series sees Miranda Cosgrove return to her well-known character, Carly Shay, but sets her up in adult situations alongside her brother Spencer (Jerry Trainor) and best friend Freddie (Nathan Kress).

The season begins a short time after the season one finale. Carly is dealing with backlash on the internet after her ex-boyfriends expose her online. After conjuring up a plan to address the conflict online, Carly lies and says she’s in a relationship with Freddie. They choose to continue with the fake relationship to help Carly boost her reputation.

Spencer and Carly help Freddie throw a launch party for his new app. After chaos ensues, Carly comes forward and livestreams an apology online, revealing that she and Freddie aren’t romantically involved. Episode two follows a lawsuit involving Carly and her old doorman, Lewbert, who is seeking damages from injuries sustained on her old web show.

Several returning characters appear in court serving as witnesses to the trial. The characters provide commentary on events that took place in the original series. After several melodramatic moments in court, Carly is found guilty and must pay $250,000 in damages. However, Spencer ends up paying the settlement and everything goes back to normal.

An ongoing plot involves a romantic relationship forming between Carly and Freddie that will most likely follow throughout the season.

The series’ first episodes improve on the previous season by building a stronger bridge between the original series and the revival. The second episode specifically helps build on a narrative between both the original and new series that helps create a foundation for what is to come this season.

However, the series lacks the innovation and creativity of the original series. The 2007 series was a commentary on the growth of the internet, but the revival doesn’t take advantage of what is happening online these days. The callbacks and cameos are fun surprises for people who grew up with the show, but the way the new show is presented doesn’t warrant a purpose except selling nostalgia. The series also suffers with the lack of the co-lead of the original, Jeannette McCurdy. The writers and actors do their best to mask her absence, but it causes scenarios that seem out of character and untrue to the original.

One of the biggest selling points of the show is seeing childhood characters go through adult situations and be able to have conversations like adults. It’s one of the few revivals that doesn’t force the adult actors to act according to a PG rating.

“iCarly” makes a mark as a revival series through its combination of nostalgia and adult dialogue, but also misses marks by not commentating on current social media trends and trying to mask the absence of a main character. The series is streaming exclusively to Paramount Plus with new episodes releasing biweekly.