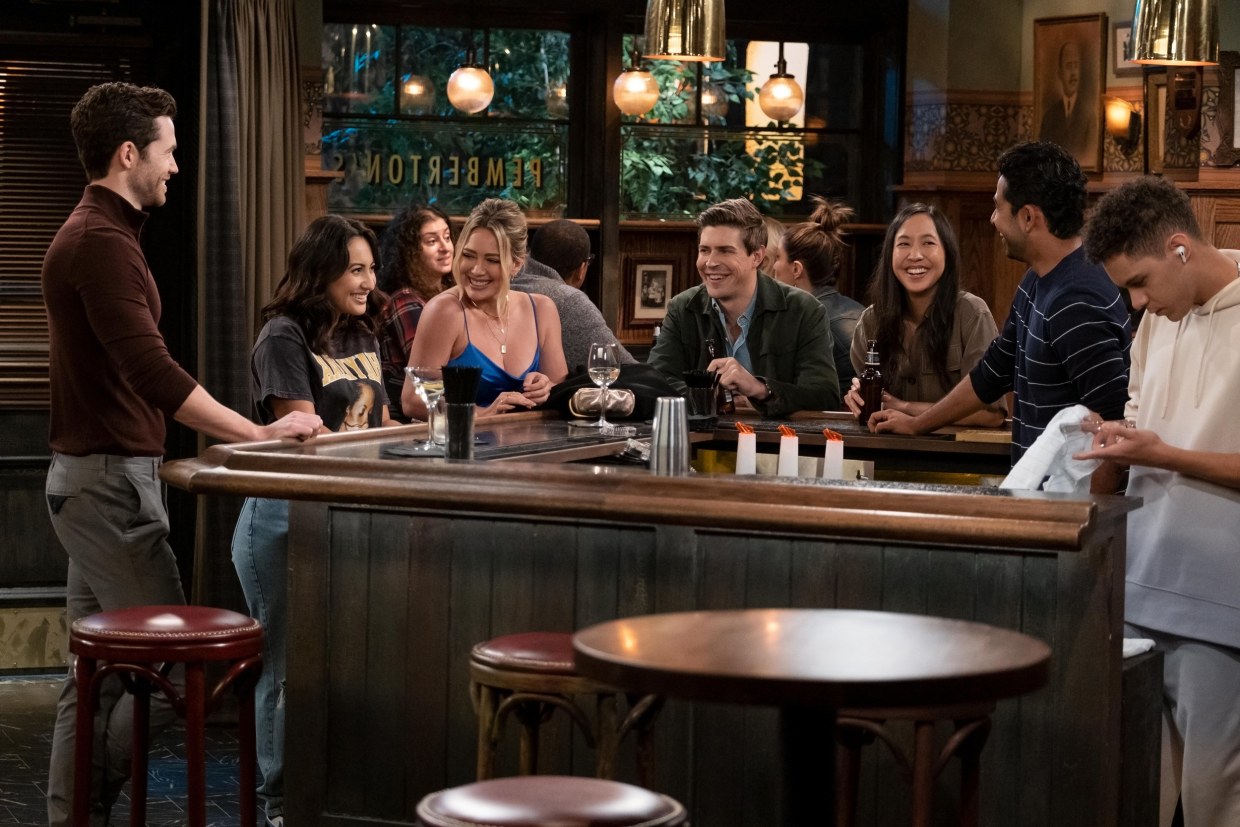 ‘How I Met Your Father’ meets a flipped narrative

“How I Met Your Father,” a sequel to the popular “How I Met Your Mother” series, follows Sophie (Hilary Duff), a city-dweller in her 30s trying to mingle in a world of dating apps and social media. It takes the format of the original series, but gender swaps it. The series also features Kim Cattrall, known for the “Sex and the City” franchise, as the older version of Duff’s character telling the titular story in the year 2050.

A sequel series has been in development since the original ended in 2014 on CBS. Several iterations of the gender-swapped story were written and given a pilot order, but none of them saw life. However, this changed in 2021 when 20th Century Television ordered a 10-episode series for Hulu with “This Is Us” writing duo Issac Aptaker and Elizabeth Barker. The original series’ creators, Carter Bays and Craig Thomas, are also attached to the project in executive producer roles.

The series finds itself trying to be a lot like the show that came before, but misses the mark when it comes to humor and a purpose for existence.

The series opens on Sophie (Duff) as she is living with her best friend Valentina (Francia Raisa) in New York City. After many failed Tinder dates, Sophie gets frustrated with dating and decides to try focusing on herself and discover who she is.

She reveals her dating life to both the audience and, during an Uber ride, with driver Jesse (Christopher Lowell), a music teacher and potential love interest for Sophie, and his best friend Sid (Suraj Sharma), the owner of a new bar in the city.

The trio end up meeting again with all of the other characters at Sid’s bar where we meet Jesse’s sister Ellen (Tien Tran). Near the end of the episode, Sophie walks the Brooklyn Bridge with her roommate and new friends, but it is here where we understand a little of her backstory. It is revealed that she didn’t have a great childhood because of the rocky relationship between her parents and their involvement in her life.

The pilot ends on a relatively creative note with the revelation that Jesse and Sid are living in the apartment where Lily (Alyson Hannigan), Marshall (Jason Segel) and Ted (Josh Radnor) lived in “How I Met Your Mother.” Additionally, the narrative changes to the fact that we may have already met the father because future Sophie reveals that her son’s father was there that night at the bar.

The storylines of the first half of the season follow all too familiar tropes in typical sitcoms, but Sophie’s storyline is one that stands out. The season focuses on how her childhood trauma affects the way she looks at love and her expectations when it comes to dating. She begins dating Drew (Josh Peck), the vice principal at the school where Jesse teaches. The two actors are an odd but interesting onscreen couple because of Duff’s background on Disney and Peck’s prominence in the early 2000s sitcom “Drake & Josh.”

All in all, “How I Met Your Father” is an unfunny approach at bringing this familiar narrative back to life. Duff is the driving force behind the series, but with that she carries a lot of forgettable characters alongside her. What makes the series great is the flip on the narrative and Sophie’s backstory. The series doesn’t take advantage of the world and creativity of “How I Met Your Mother.”