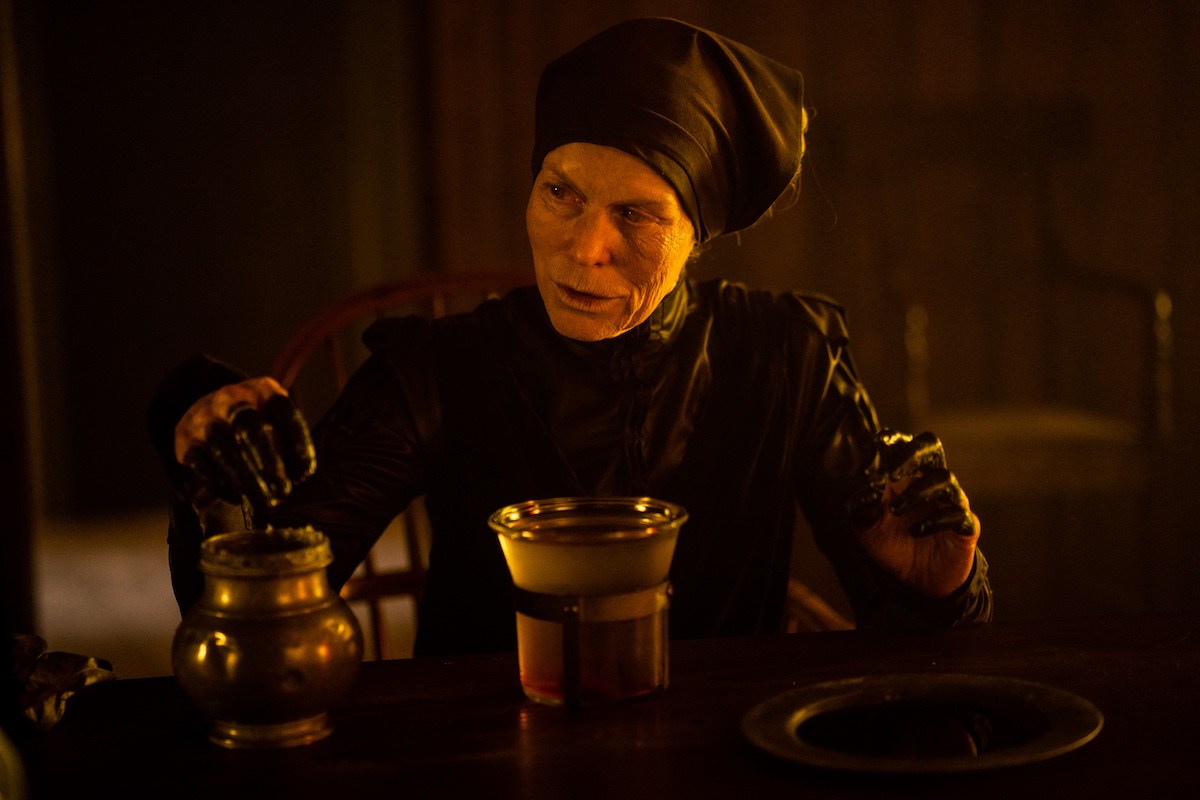 The third movie by horror director Oz Perkins, “Gretel & Hansel” is Perkins’ take on the well-known Grimm Brothers tale. As the title of the movie might suggest, this iteration focuses on Gretel.  The main plot of the movie is similar to the old fairy tale, but with some twists.

Gretel (Sophia Lillis) and her younger brother Hansel (Samuel Leakey) are kicked out of their house by their mother because there isn’t enough food to feed them. On the search for a place to start over, all hope seems lost for the kids until they stumble upon a house in the middle of nowhere.

The house is dark and creepy but smells full of sweets and meats, that is is oh so tempting to the starving kids.

Hansel sneaks into the house, where he is then spotted by a witch (Alice Krige) that lives in the house. The witch kindly gives the kid all the food they want, and each a bed to sleep on. The kids then offer their services to the witch so they can stay longer, to which the witch happily agrees to.

From here on out the movie goes for the same approach as the old story, with the witch attempting to cook Hansel, but the direction it takes is different. What they do with Gretel’s character is different too, but that contains spoilers, all of which are to play up the horror factor. With Gretel being the main character, the whole movie is shown from her perspective.

Perkins also re-interpreted how the children take down the witch and her house. After all, a house made of gingerbread and candy wouldn’t make much sense in a horror movie.

Perkins told horror film blog Bloody Disgusting why he made the house the way it is.

“I wanted to inject that sort of childish feeling of, is this place big? Is this place little? Is it scary? Is it beautiful? Is it old? Is it modern? So that was the feeling. Where it comes from I don’t know, ” Perkins said.

The movie itself is a mixed bag in terms of a finished product. The atmosphere is incredible. There isn’t a single shot in the movie that doesn’t feel creepy. The house and the forest around it plays a big role. Within the house you don’t know if it’s big or small, or what is real and what isn’t. The shots that Perkins makes are impressive. The camera follows the characters, making it so much tenser. He uses different shots of the environment that create different types of symbolism, which is horrifyingly creative.

Alice Krige and her work playing the witch is the last good thing about this movie. Her character is creepy throughout — even when she is being nice to the kids it puts knots in your stomach.

Where this movie goes wrong though, and you start to wonder ‘why was this even made,’ is when this movie loses all the themes and lessons of the famous Grimm’s story. The Grimm’s story taught us to look after each other, to not trust strangers and to think quickly. They taught us that something that seems so good, isn’t always good.

The movie just misses the mark on all of these lessons, and in return they try and make Gretel into some kind of witch-stopping heroine. While the atmosphere and setting is there to make a great horror movie, the writing doesn’t offer much. This movie had potential to be a great horror film, and if Perkins kept the story more similar to the original one, it probably would’ve been.