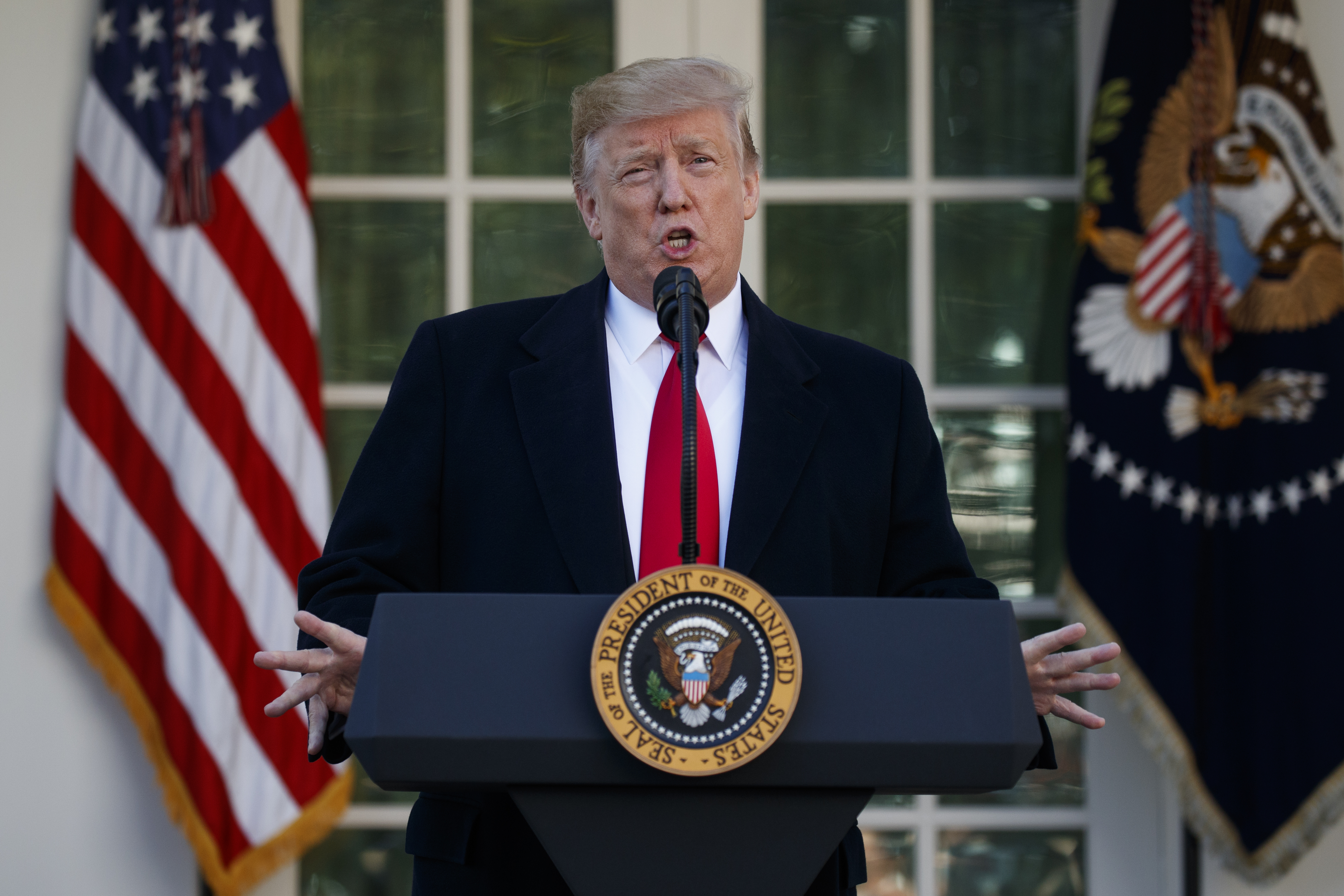 President Donald Trump announces a deal to temporarily reopen the government, in the Rose Garden of the White House Jan. 25 in Washington. More than 800,000 federal workers went without pay during the longest shutdown in American history, lasting for five weeks. (AP Photo/ Evan Vucci)

After five weeks of the longest government shutdown in history, President Donald Trump signed a short-term spending bill on Friday night to reopen the government for three weeks.

For the last five weeks, Trump shut down the government in an effort to try to reach an agreement with Democrats to pass a spending bill to fund a wall across the southern border between the United States and Mexico, a promise that the president made during his 2016 campaign.

Government employees that went without pay will be paid back for the money they missed over the last five weeks, but the government may be shut down again in three weeks with no limit on how long it could last.

Greg Butler, IRS International Appeals team manager in Oklahoma City, said normally a government job is a good job since you’re always guaranteed a paycheck. However, Butler said he is worried about new employees at the IRS and what they might do if the shutdown drags on for over a month.

“You’ve got new people that don’t have any longevity here at the IRS and they may just say, ‘screw it, I’m not putting up with this,’” Butler said. “They’ve got payments to make at the beginning of their careers and maybe they’re going to think ‘This isn’t the kind of job that I want.’”

Butler said the spending budget has not been done by Oct. 1 for the last few years.

“The longer the shutdown lasted, the less it seemed to have to do with the simple idea of spending a few billion dollars on the wall,” said Loren Gatch, political science professor at the University of Central Oklahoma. “It became a matter of each side standing up against the other. Neither side wanted to be the one that gave in.”

Gatch said he is tired of seeing this political sibling battle between the president and the Speaker of the House, Nancy Pelosi.

“Of course they will always have disagreements about politics and policy, they’re from different political parties,” Gatch said. “But I wish they would get beyond this standoff and go back to dealing with some other important things.”

If the president and Democrats cannot come to an agreement on the spending bill for the wall in three weeks, Trump will shut down the government again or take other measures to“address this emergency.”

“We really have no choice but to build a powerful wall or steel barrier,” Trump said. “If we don’t get a fair deal from Congress, the government will either shut down on Feb. 15, or I will use the powers afforded to me under the laws and Constitution of the United States to address this emergency.”

This has been a harrowing time for those who have not been getting paid. It’s not a chess game to them. Their lives and families are suffering. I am praying and pulling for them to recover mentally, spiritually and financially. #GovernmentShutdown

Temporarily funding the government is just the 1st step. Now it’s time to get federal employees paid ASAP. It’s also critical to make sure a funding lapse like this never occurs again. Federal employees & their families shouldn’t be used as political pawns! #GovernmentShutdown