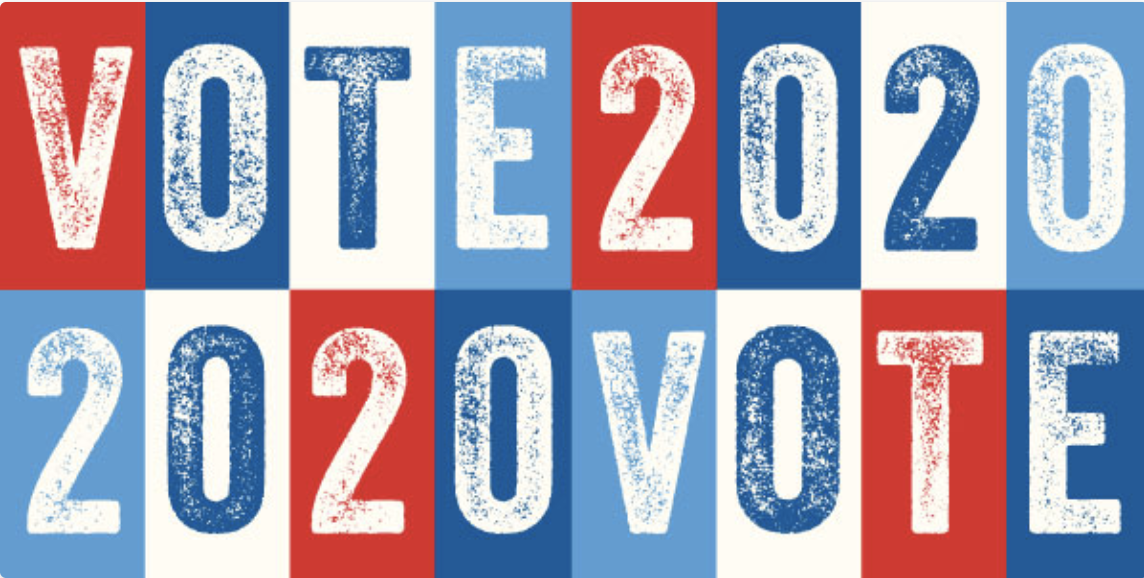 Here’s what you missed at the RNC and DNC

Oklahoma tends to have one of the lowest voting turn-out rates in the nation. As the political season begins for the November election, studies show students at universities won’t turn up at the polls.

The last two weeks have kicked off the political scene for Nov. 3 election. Students at the University of Central Oklahoma have a chance to defy the odds and use their vote.

“Voting and other forms of participation are necessary for a democratic government to function at all. Students need to acquire the skills and habits to perform these basic acts of citizenship,” Political Science Professor Loren Gatch stated.

Gatch weighed in on why it is important for college students to participate and engage in politics. In an email with The Vista on Wednesday, he explained how participation is key to being an active citizen.

“Voting is important to me because I consider it my core civic obligation. I need to vote in order for democracy to be a meaningful exercise in collective self-government. Plus, if I didn’t vote I’d feel really shitty about having not done it. I’d feel guilt.”

To help prepare students for the upcoming civic duty, The Vista has the highlights of the two most recent political events; the Republican and Democratic National Conventions.

Republicans portrayed Democrats as “radical” and decried “cancel culture” on the first night of the convention.

South Carolina Sen. Tim Scott, was a featured speaker on the first night of the RNC.

“Biden led the charge on a crime bill that put millions of Black Americans behind bars,” Scott said. “President Trump’s criminal justice reform law fixed many of the disparities Biden created and made our system more fair and just for all Americans.”

Scott also added: “While his words are one thing, his actions take it to a whole new level.”

Donald Trump Jr. also defended his father. He accused Democrats of being too politically correct to blame China for the coronavirus and of clamping down on people who “speak their mind.”

“Joe Biden and the radical left are also now coming for our freedom of speech and want to bully us into submission,” said Trump Jr.

First lady Melania Trump acknowledged those who are grieving or affected by the coronavirus. “Many people are anxious,” she said.

She also talked about the unrest of racism and police brutality.

“It is a harsh reality that we are not proud of parts of our history,” she said. “Stop the violence and looting being done in the name of justice.”

On Thursday night, President Trump gave his speech to a large crowd outside of The White House, despite the Democratic Convention doing it virtually.

In his address, President Trump pledged a vaccine for the virus by the end of the year.

“In recent months, our nation and the entire planet has been struck by a new and powerful invisible enemy. Like those brave Americans before us, we are meeting this challenge,” Trump said. “We are delivering life-saving therapies and will produce a vaccine before the end of the year, or maybe even sooner.”

He also touched on the state of the U.S. economy.

“In a new term as president, we will again build the greatest economy in history, quickly returning to full employment, soaring incomes and record prosperity,” he said.

At the end of the speech, Trump received a standing ovation from the crowd, and fireworks lit up the sky that spelled “Trump 2020.”

The convention was kicked off by a speech from former first lady Michelle Obama. She called President Donald Trump the “wrong” president for the United States.

She said the White House is failing to provide “steadiness” and instead is only delivering “chaos, division, and a total and utter lack of empathy.” She also urged Americans to vote for Joe Biden in November like “our lives depend on it.”

Philonise Floyd, George Floyd’s brother, held a moment of silence in honor of his brother and “the many other souls we’ve lost to hate and injustice.” In the opening hour of the hearing, Floyd was allotted five minutes to speak about his older brother, who died while held down by police officers in Minneapolis.

“It’s up to us to carry on the fight for justice. Our actions will be their legacies,” Floyd said.

Senator Bernie Sanders urged his followers to support Biden, his former primary rival. Sanders called Trump “the most dangerous president in history,” and told Democrats to come together and remove him.

Hillary Clinton told Democrats to vote in “overwhelming” numbers in remarks Wednesday night to the Democratic National Convention that at times reflected her bitter loss to Donald Trump four years ago despite winning the popular vote.

“Don’t forget: Joe and Kamala can win by 3 million votes and still lose. Take it from me,” the former secretary of state said in a video recorded from her home in Chappaqua, New York. “We need numbers overwhelming, so Trump can’t sneak or steal his way to victory.”

On the final night, Biden accepted the Democratic presidential nomination with a vow to be a unifying “ally of the light” who would move an America in crisis past the chaos of President Donald Trump’s tenure.

“Here and now I give you my word: If you entrust me with the presidency, I will draw on the best of us not the worst. I’ll be an ally of the light, not the darkness,” Biden said. “Make no mistake, united we can and will overcome this season of darkness in America.”

Due to the coronavirus, Biden spoke to an empty arena near his Delaware home.

Afterward, fireworks lit the sky outside the arena where supporters waited in a parking lot, honking horns and flashing headlights. Even in their cars, they were socially distant.

The Associated Press contributed to this article.