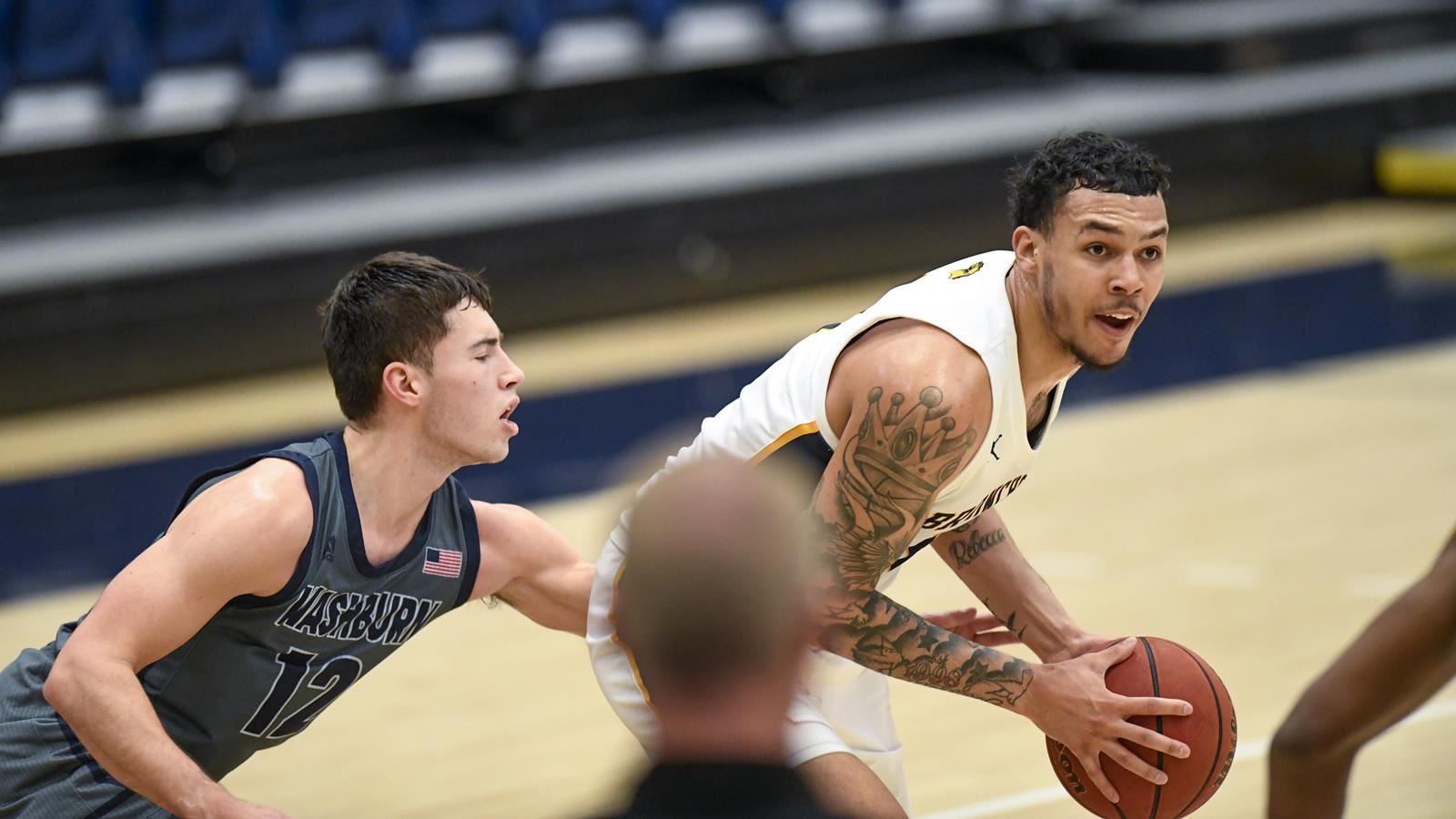 Haydon and Wells reach season highs in win over Lincoln

The University of Central Oklahoma Bronchos beat the Lincoln Blue Tigers 87-76 in their second highest scoring game of the season Tuesday night.

The Bronchos backcourt duo of Callen Haydon and Jaden Wells figured out the Blue Tigers defense as they both hit season-highs in points.

Haydon, a junior, had a double-double for the game. Haydon scored a season-high 27 points, with two 3-pointers, and 11 assists.

The game started slow with the Bronchos ahead 2-0 after five minutes of play. Then the Bronchos went on a 9-0 run sparked by Haydon.

”We started off slow but lucky I was able to hit a few shots,“ Haydon said. “When my teammates started hitting their shots, I was able to get good looks, and my shots went down.”

Wells, who is a freshman, made six 3-pointers with a season-high of 20 points.

“I missed my first three shots but I kept my head up because that’s part of the game,” Wells said. “When I hit my first 3, I knew I was back in my groove, and I told my teammates I got them. The 3 is my shot.”

The Blue Tigers struggled as they were only able to get one point from a free throw with the Bronchos ahead 14-1 midway through the first half. The Bronchos had multiple runs to end the first half up 38-26 with Haydon contributing 13 points and Wells eight.

“Really tough team,” Bronchos Head Coach Bob Hoffman said. “The main goal was to just stay in front of them on their possessions. They got some very good scorers and that’s what we did.”

The Blue Tigers chipped away at the lead, but time was not on their side. The Bronchos drained the clock on their last three possessions as they closed the game out with a 87-76 victory against the Blue Tigers.

“Our players played well, that was a good team that we played against,” Hoffman said. “Haydon and Wells are scorers, and I’m not surprised about their points tonight.”

The Bronchos are eighth in MIAA standings with a 6-5 record with 11 games remaining on their schedule.The Bronchos play next at 7:30 p.m. Thursday at the Nebraska-Kearney Lopers.