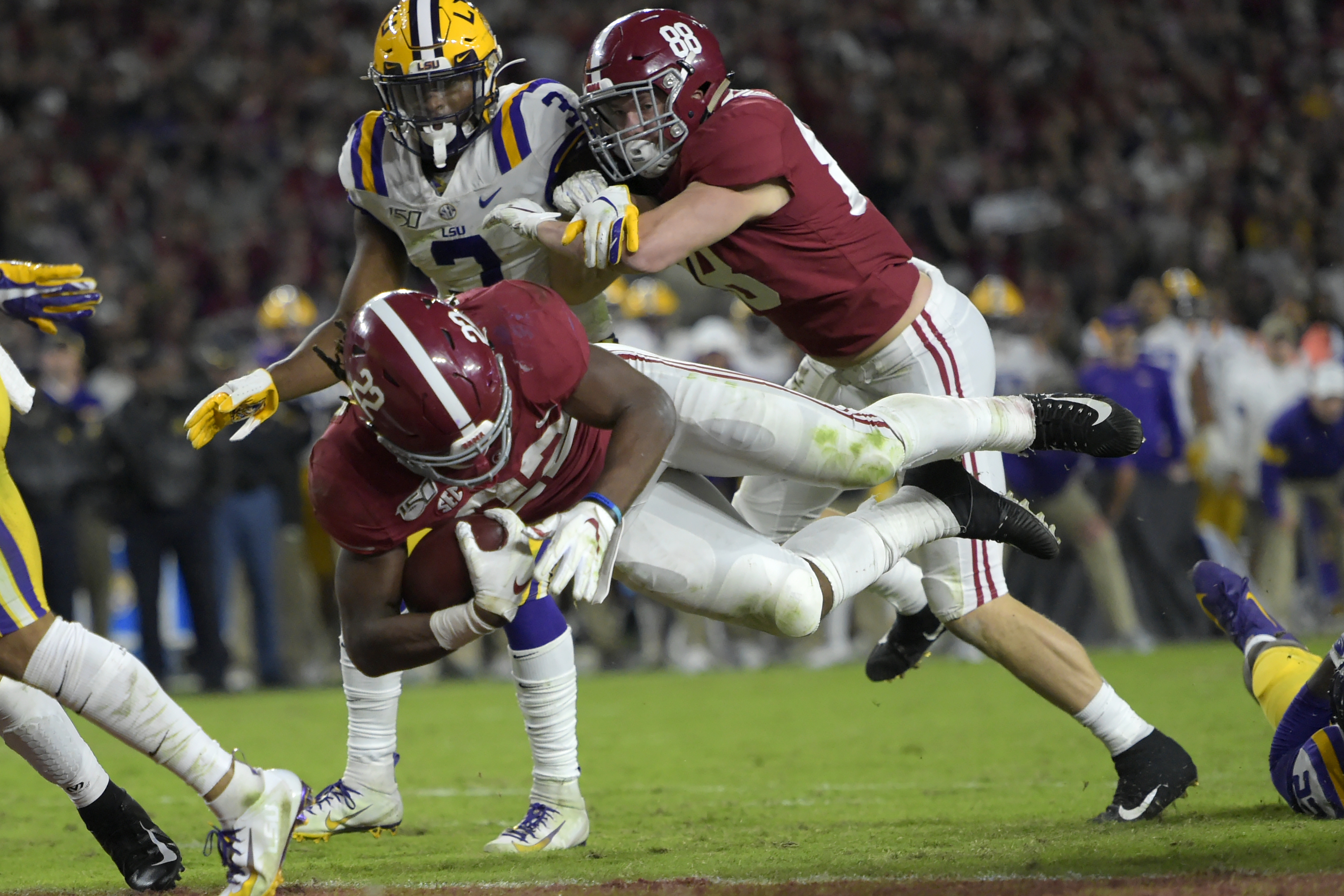 Has Alabama Been Robbed of a No. 1?

It’s finally here. The time to endlessly debate each college football team’s best wins and best losses, in an effort to try and make a case for their College Football Playoff spot.

On Saturday, in an epic Clash of the Titans, Louisiana State University defeated University of Alabama 46-41 to claim the No. 1 ranking in the AP Poll. If LSU can win out, it also effectively kicked Alabama from the Southeastern Conference Championship campaign.

Alabama’s loss has birthed the first true argument of the season. After losing, they dropped from No. 2 to No. 4 in the AP Poll.

If this was the CFP ranking system, they would be the last team to enter the playoffs. For teams like the University of Oklahoma and University of Oregon, who could end the year with one loss and their respective conference championships, this was bad news.

While this was just the AP Poll, and the CFP ranking could be vastly different, it has still sparked the annual debate: does Alabama deserve to get in over a one-loss conference champions Oklahoma or Oregon?

The short answer: yes. Unfortunately for Sooners and Ducks fans, if it comes down to it, the Crimson Tide should be the final team in. Fortunately for those fans, this is very specific to this season.

After watching the LSU-Alabama game on Saturday, you will have a very, very hard time convincing me that Alabama is not one of the top four teams in the country.

The Crimson Tide’s case over Oklahoma is simple. The Sooners loss came to what will most likely end as an unranked Kansas State University, Alabama’s came to the No. 1 team in the country and it was by five points.

OU’s offense is the best in the country, but their defense, the same one that has earned them their 0-3 record in the playoffs, has relapsed. It would far and away be the worst unit in the playoffs, and quite simply the Sooners just aren’t ready.

Alabama’s case over Oregon is slightly more tricky, but still apparent. If Oregon finishes as a one-loss Pacific-12 champion, their only loss was to Auburn University 27-21 in their first game of the year.

The problem with this is that if the Crimson Tide are still in the conversation at the end of the year, they will have beaten the very same team that Oregon lost to, and possibly convincingly. On the eye-test alone, the Pac-12 is the worst conference in football and Oregon couldn’t hang with LSU, Alabama or Ohio State University.

In the end, Alabama is going to be an interesting asterisk on college football. Did they steal someone’s spot or get their spot stolen? The debate has gone both ways before, and this year holds that option yet again.