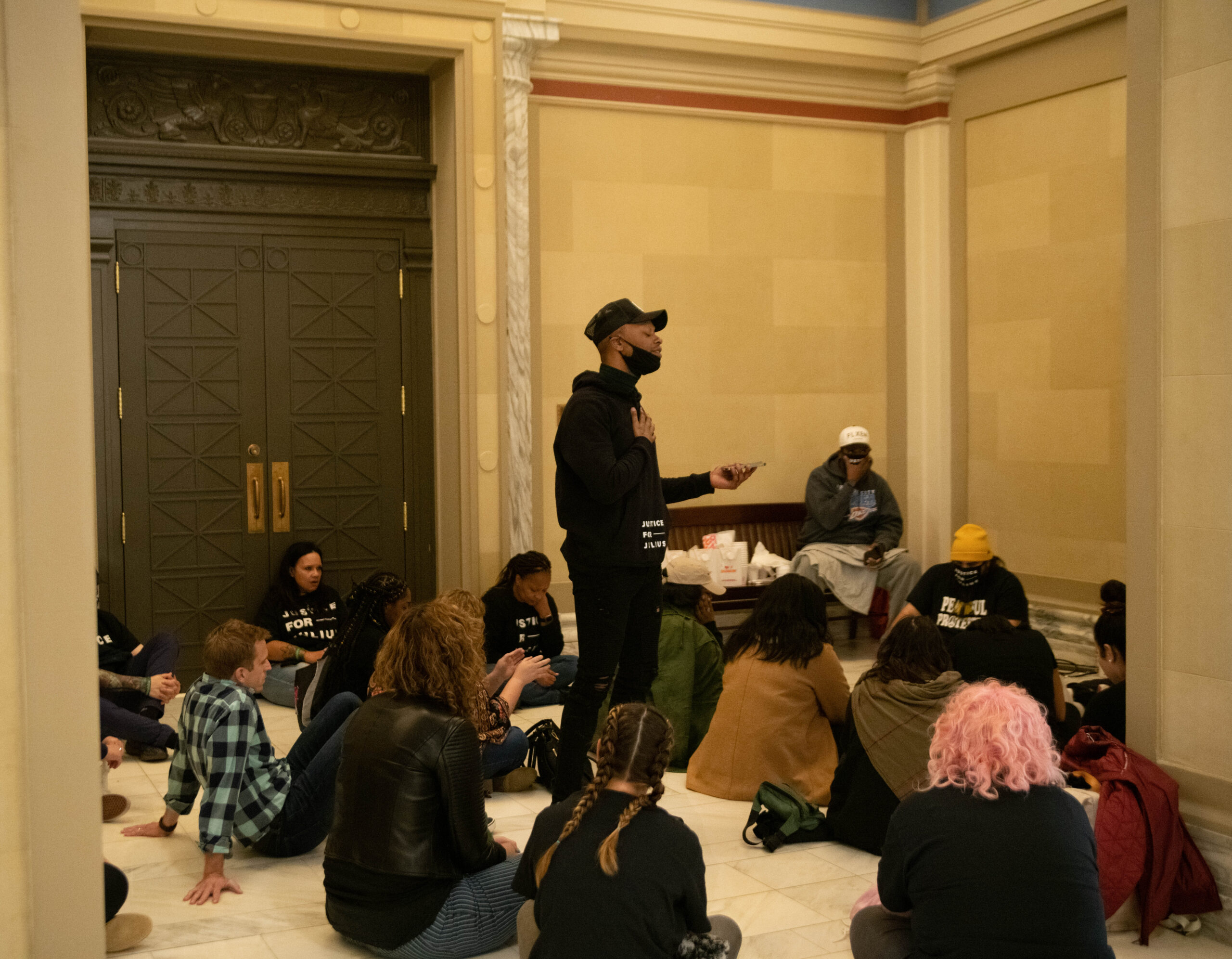 Just four hours before his scheduled execution, Governor Kevin Stitt accepted the second recommendation from the Oklahoma pardon and parole board to grant Julius Jones clemency, commuting his sentence to life in prison without the possibility of parole.

An emergency motion filed this morning by Jones’ attorneys sought to stay the execution today on the basis that religious objectors as well as Jones would suffer “irreparable harm” if his execution was allowed to happen.

Jones’ case has received international attention, including formal support from the nation of Austria.

High school students across the state walked out of their classrooms yesterday in support of Jones. Today, students in Moore walked out as well and were threatened with suspension according to an Instagram post from The Black Times, who say they are in contact with the Oklahoma NAACP regarding the matter.

Regarding Jones’ future and the Justice for Julius movement, The Vista spoke to Rev. Lori Walke, a social justice advocate and senior pastor at Mayflower UCC.

Speaking in regard to christian Oklahomans, Walke said “We are a bunch of people who follow someone who was killed by the state,” meaning Jesus. “We should fundamentally oppose the death penalty,” Walke said.

Oklahoma is set to execute four more people over the next four months. The work does not end if he is granted clemency,” Walke said, “This is a long term fight.”

“We know that black and brown bodies are arrested and incarcerated at a higher rate than white bodies. That holds true also for putting people on death row and executing them,” she said.

“Black people have been overrepresented on death rows across the United States and killers of Black people are less likely to face the death penalty than people who kill white people,” AP reported in September 2020, citing research from the Death Penalty Information Center. Current statistics still reflect this information.