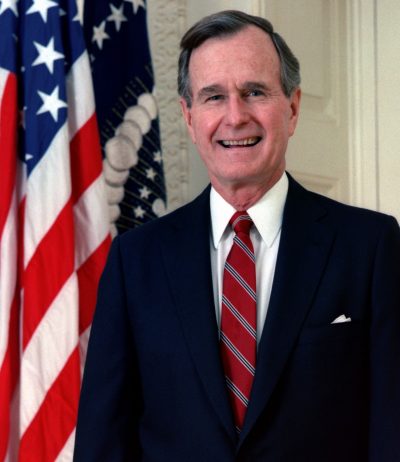 HOUSTON (AP) — A family spokesman says former President George H.W. Bush has been hospitalized in Houston with an infection, just after attending the funeral of his wife Barbara.
Jim McGrath says Bush is “responding to treatments and appears to be recovering.” He says he was admitted to Houston Methodist Hospital Sunday morning after an infection spread to his blood.
Barbara Bush was laid to rest Saturday in a ceremony attended by her husband and former presidents Bill Clinton, Barack Obama, George W. Bush and their spouses, along with current first lady Melania Trump.