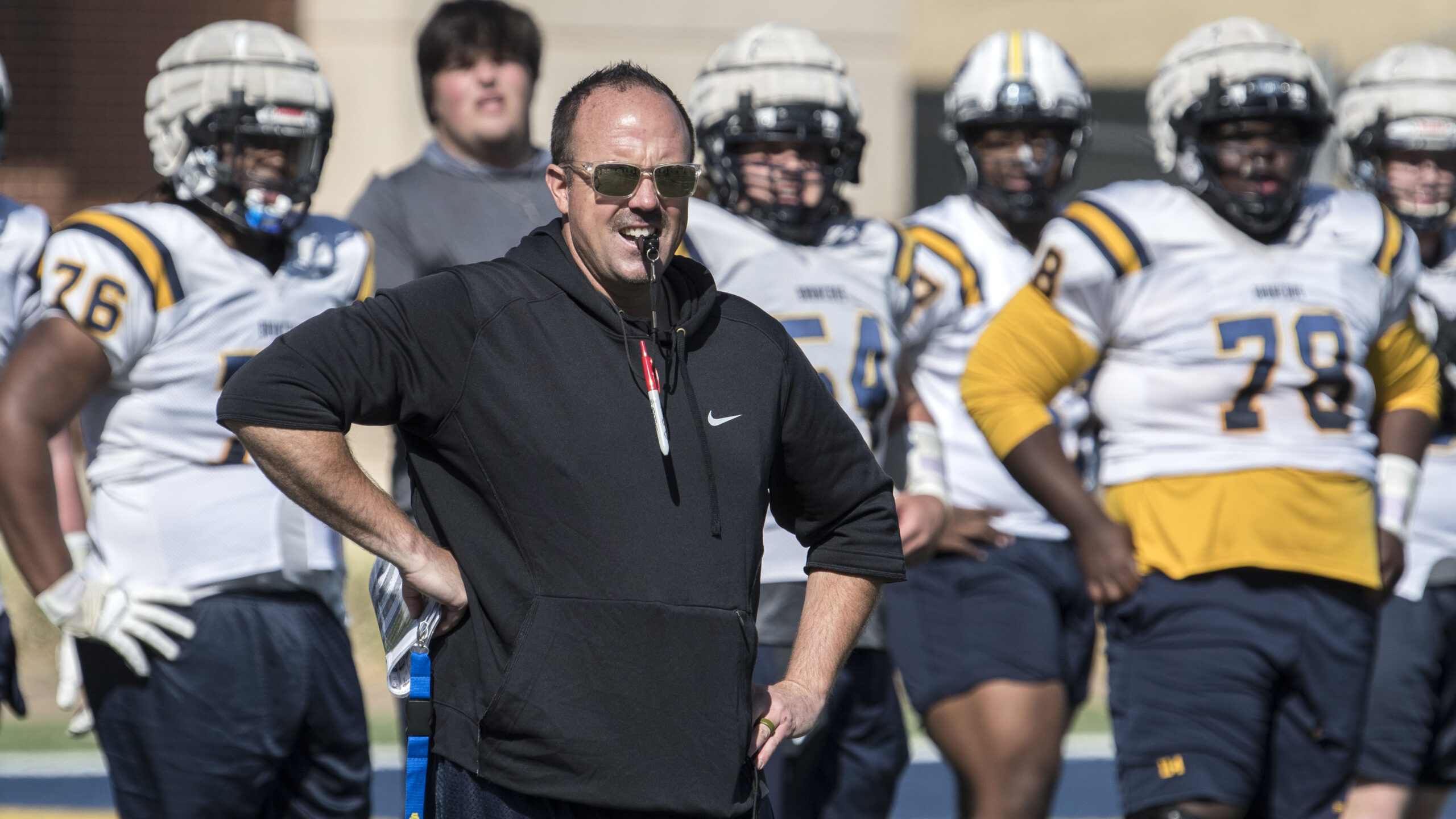 The UCO football team made some drastic changes since last season. From a fully renovated stadium to a new coaching staff, the Bronchos are embracing the change this spring season in hopes for a more successful season in the fall.

The Bronchos finished last season with four wins and seven losses. Daunte Mcgee, a six-year senior, explained how he is already seeing a drastic change within the program since spring ball began, a change he believes will bring home more wins.

“I think with the new staff you’re going to see a completely different UCO from last year and hopefully that will show up in the wins column next fall,” Mcgee said.

Mcgee, a tight end for the Bronchos, said the organization is changing to be more selfless, tough, disciplined, and have a mindset for competition.

“Everybody is on a clean slate now, and so you have to show up every day and bring it if you want to be a factor for this team,” he said.

With the addition of Dorrel, five more full-time coaches were welcomed to Central. Josh Lamberson will serve as offensive coordinator. James Curlee will take on wide receivers. Dimitri Donald will coach tight ends and fullbacks, and Brandon Lechtenberg will serve as defensive coordinator. In addition, Adam McGuire will head up the defensive backs.

“After a tough season last year I feel we felt flat as a team, and with coach Dorrel and his assistant coaches, they brought the energy we needed to our team to go compete for a championship,” said Diego Richards, junior wide receiver.

Not only did the coaching staff get renovations, but so did Chad Richison Stadium. The addition of new stands on the visitor side, turf surrounding the field, new trees, and a waterfall in the home end zone is sure to give the Bronchos a home field of which to be proud.

“I think with it being updated that hopefully it’ll make the team play with more pride for the things that we have, because it is a privilege to have the nice facilities that we have coming toward us,” Mcgee said.

The annual spring ball game will be played at 7 p.m. Saturday, April 23.