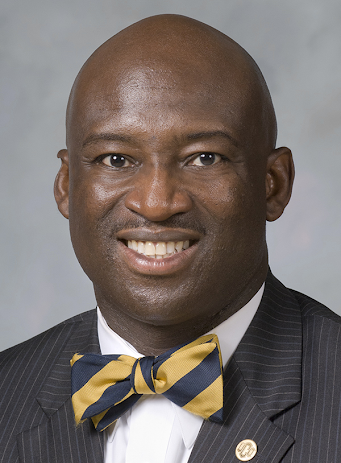 A former UCO vice president resigned from his current position at the University of Alabama after he was found trying to buy sex work during an undercover prostitution investigation.

Myron Pope, 50, was charged with solitciting prostitution on Feb. 17 when a two-day sting operation lead by the West Alabama Human Trafficking Task Force found him at the site in Northport, AL.

The Associated Press reported Pope used an “app to meet and pay for sex.” He is out on a $1000 bond.

Although the vice president for communications and public affairs said it is “not appropriate for the university or the President to offer [a] comment related to Dr. Pope or the incident that occurred in Alabama,” she did say Pope’s actions did not align with the expectations for the UCO community.

“The university has the expectation that employees and students abide by all state and federal laws. Please refer to the university’s employee handbook and student code of conduct for further information,” Adrienne Nobles said.

In the faculty handbook, chapter 2 section 2.6 defines reasons for the dismissal of faculty members, and that “committing a felony or other serious violation of law that is admitted or proved before a court of competent jurisdiction,” is means for suspension.

“Adequate cause to terminate a probationary or renewable contract faculty member before the end of the employment term… [is] when the faculty member engages in behaviors such as the following (this list is not exhaustive)… Conviction of a crime substantially related to the duties and responsibilities associated with teaching, research, or service, or that impedes professional capacities as a teacher, advisor, or researcher/scholar.”

However, it is important to note Pope has not been found guilty of the misdemeanor charge, and was not terminated from his position at the University of Alabama.

In an exclusive statement with the Black Wall Street Times, Pope stated he apologized for the incident.

“I want to apologize for the actions that led to my arrest.

I recognize that I did not live up to my own values, and I let a lot of people down, starting with my family and the students and staff who looked to me as a leader.

I have dedicated my life to serving young people and helping them pursue and achieve their goals.

I can only hope that my story will serve as a cautionary tale for others — one moment of poor judgment can jeopardize everything you’ve worked your whole life for and all that you hold dear.

I want to thank my family and friends for their unwavering support. I’m grateful for God’s grace and forgiveness in the midst of my shortcomings. I hope that in time I can regain the trust of those I love and continue to make a positive impact in the lives of others.”