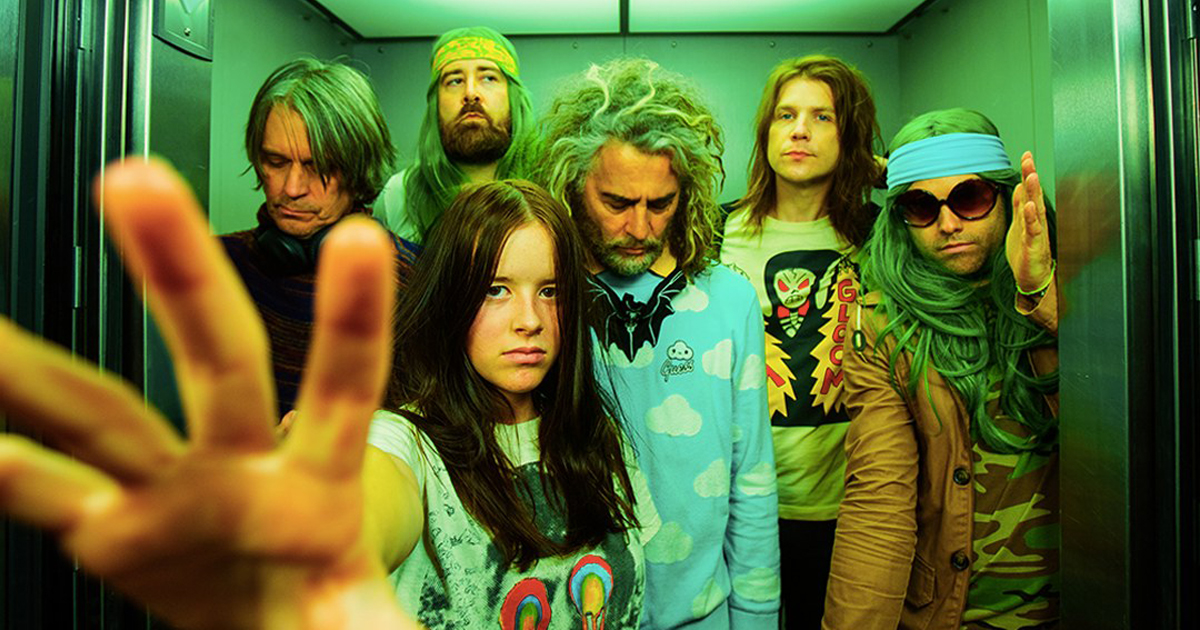 On Jan. 4, the Flaming Lips appeared on “The Late Show with Stephen Colbert,” performing the song “Red Right Hand” by Nick Cave and The Bad Seeds with 14-year-old British Canadian singer-songwriter Nell Smith, who goes by her first name. This performance featured one of the tracks from their cover album titled “Where The Viaduct Looms” that is entirely made up of covers of Nick Cave and The Bad Seeds songs.

During an interview with professor Nick Ley, one half of the drum duo in The Flaming Lips and program director of the Academy of Contemporary Music at University of Central Oklahoma  (ACM@UCO) in downtown Oklahoma City, he explained the origin of the collaboration with Nell. Ley said that Flaming Lips’ frontman Wayne Coyne got to know Nell after meeting her at several of their concerts. They stayed in contact for several months when the pandemic started, and when they discovered they both had a great appreciation for Nick Cave and The Bad Seeds and after learning that Nell was already working on several covers of their songs, Coyne  suggested that The Flaming Lips and Nell collaborate on a cover album of Cave songs.

When talking about the experience of recording and writing songs with such a young artist, Ley said the Cave family was supportive of the project, even sending Christmas cards to members of The Flaming Lips and Nell when last December arrived.

“It was satisfying to be able to give someone who is interested in the music industry those chances to perform on national television and for her to perform with us,” Ley said.

He spoke about his past experiences with performing on Colbert’s show, stating that the host had learned all the band members names and tried to speak with each of them personally. Ley said that while the performance that aired on January fourth was pre recorded due to the possible impact of COVID-19 on members of the band and their families, he greatly enjoyed performing with Nell and The Flaming Lips on the show.

“Nell hasn’t expressed any apprehension or nervousness towards the project with us or performing on national television,” Ley said. “I think that has something to do with a person’s age. When I was her age, it wasn’t on my mind about being judged or criticized when performing, it was either you do it or you don’t.”

While talking about The Flaming Lips with professor Ley, this reporter mentioned discovering them while doing a project over music artists from Oklahoma. Their 2011 24-hour song “7 Skies H3” had just been released, with its soaring musical highs and lows and ambient moods.

“Music can be autobiographical for the listener,” Ley said. “Where they are, what they’re doing, and what is happening to them defines what the music means to them, and I think that is incredible.”

The performance can be viewed on YouTube and “Where The Viaduct Looms” featuring Nell can be found on all music streaming services.