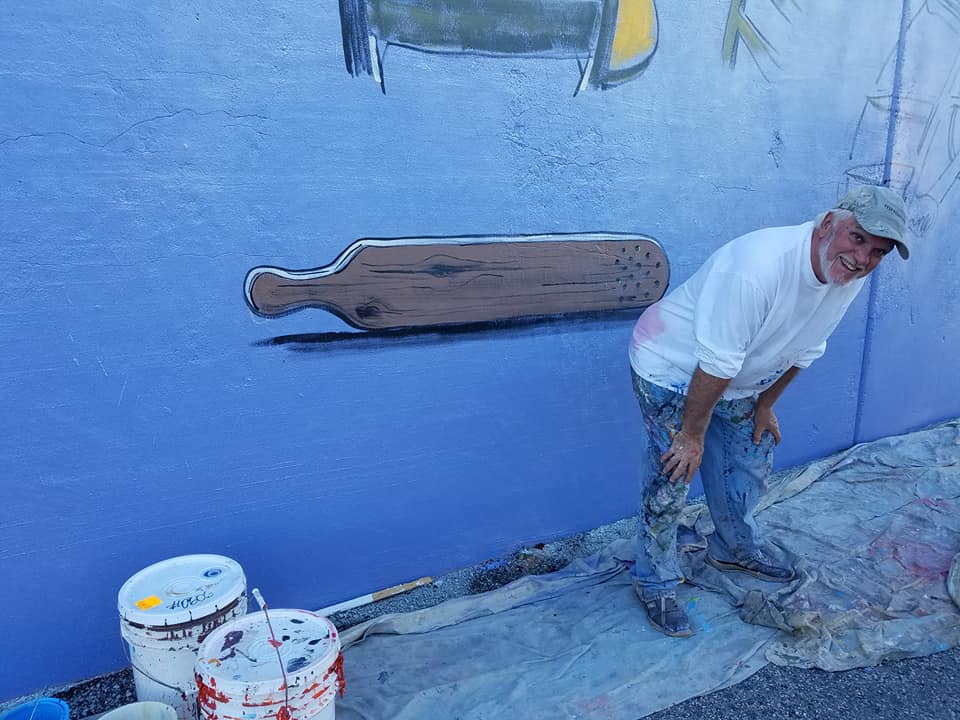 Award-winning artist Bob Palmer, whose thousands of murals cover walls across North America, presented his new book, “Painting Oklahoma and Beyond.” on Nov. 12 in the Max Chambers Library at the University of Central Oklahoma. Palmer, Ph. D., UCO faculty emeritus, artist, and author discussed his talk was centered around his book, getting it published and discussing what ended up making it into the book.(Provided/Bob Palmer Facebook)

This is the first event the library has hosted since COVID began.

Palmer, who retired from UCO in 2014, has painted over 3,500 murals. His talk was centered around his book, getting it published and discussing what ended up making it into the book.

“I’ve only been working on this for about 25 years,” Palmer said. “When I first started teaching mural painting here at the university, I wanted a textbook, but there wasn’t really a good textbook out there.”

The work stretched out and even after he retired Palmer kept working on the book. Palmer said getting the book published wasn’t always easy.

“Sometimes it is fun, and sometimes, a whole lot of times it’s not fun, Palmer said. It is more work than my master’s thesis and doctoral dissertation rolled into one.”

The parts of the book that were written as a textbook were dropped by the publisher. Images of murals in progress were also dropped, however, Palmer said, “I did cheat a little and I did put a few in because I thought people wanted to see some of that.”

Palmer then showed off the book telling stories about the murals featured; he also included a few stories about murals not in the book. There’s even a Palmer mural in the Nigh University Center. You just can’t see it.

Such as one in the Nigh University Center, “Starbucks built a temporary wall and I have a mural behind it. They said they haven’t defaced it.”

Some of the murals and the associated stories were from overseas. One from Macedonia has the crew working on scaffolding that is “made from 2×4’s wired together with bailing wire, and were working in Skopje Macedonia,” said Palmer.

“We are working four stories high and I wouldn’t let any of my mural painters up higher than the ceiling. So I did all the high stuff, I thought if someone was going to die.”

Despite being able to travel across the world, Palmer really enjoys being, and working, in Oklahoma.

“I have really enjoyed this, it has allowed me to go all over the world, help artists, and help UCO students,” Palmer said.

The Library is also hosting an exhibit of artwork titled “Native American Muralists of the New Deal Era.” It features artwork from several Native American muralists including two of the Kiowa five.