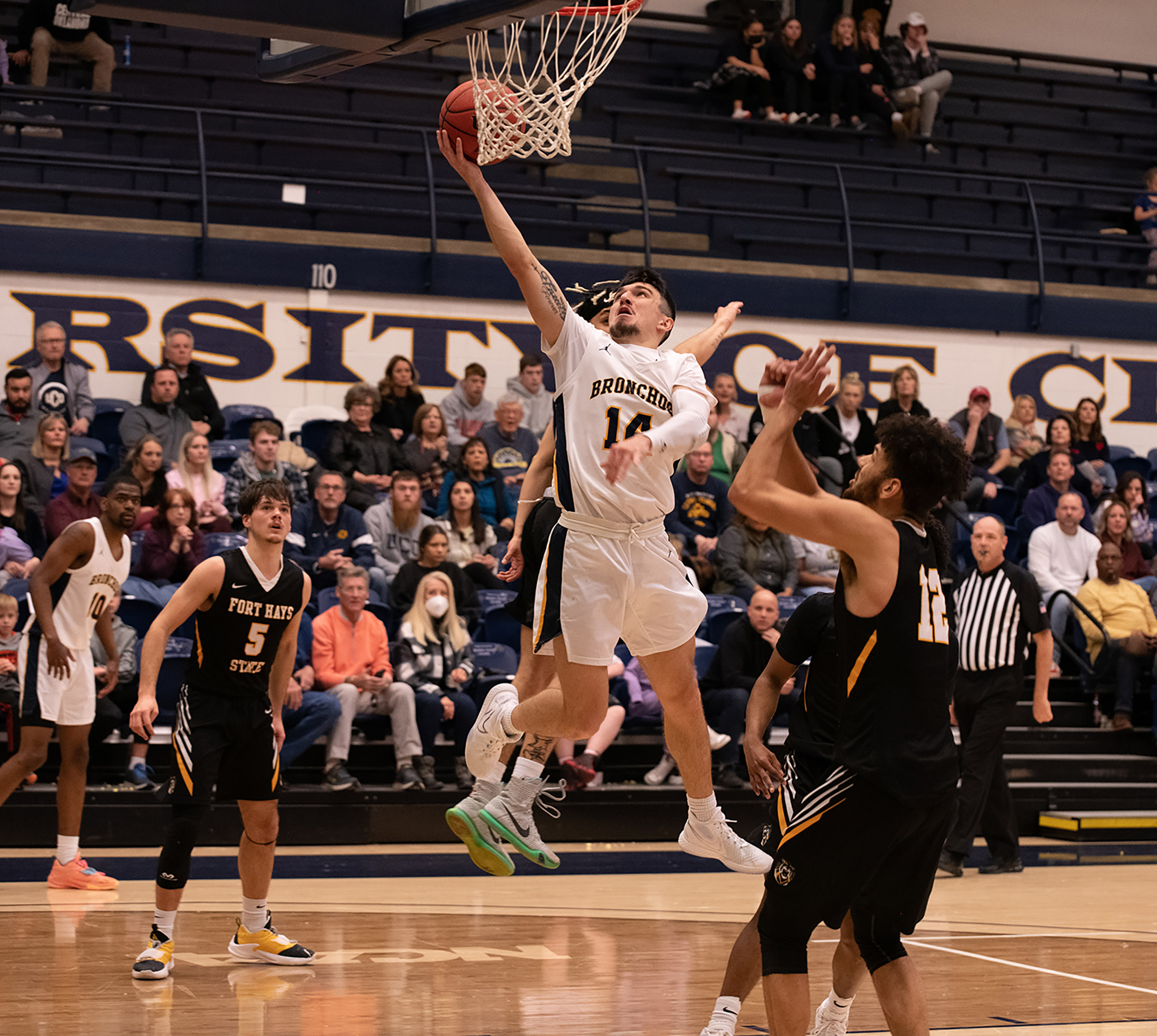 Callen Haydon is known as one of the best basketball players in the MIAA, someone who plays with a fighting spirit, can make anything happen on offense, and has an aggressive defensive style. He prides himself on handling the ball and loves getting assists for his teammates.

But how did he get to where he is today?

“I was born into a basketball family,” Haydon said. “My entire childhood seemed to be spent in the gym. It made me fall in love with the game and I have never looked back since.”

Callen has played basketball as long as he can remember. His father was a little league basketball coach and his uncle, Rodney Haydon, was head coach for El Reno High School.

It is this basketball family that pushes Haydon to be the best he can be.

“My family pushes me to succeed the most,” he said. “I hope to make them proud of what I have and can accomplish.”

His love for the game never ceased. Haydon played all four years at El Reno, where he became a decorated player. He was an all-state selection, averaged over 25 points per game as a senior and led the team to the state tournament, where he scored 49 points in the quarterfinal win.

After high school, Haydon attended Connors State College, a junior college in Warner, near Muskogee. There, he continued to make a name for himself. He was awarded first team all-region pick after his standout sophomore season. Haydon averaged 16.7 points and 10 assists per game, leading the country in assists. He also averaged two steals per game and ultimately led Connors to a 22-9 record.

Haydon transferred to UCO in 2020 and started in all 24 games for the Bronchos in his first year with the program. He led the team in scoring at 15.6 points per game and also had a team-high 5.1 assists per game.

This season, Haydon is continuing to bring an energy to the court that the Bronchos feed off of. Recently, he found himself among the Top 10 in the country for assists, with 106 this season.

“I don’t feel pressure to succeed. I just give it my all and leave it all on the court, whatever the results may be, I leave the game with no regrets.“ Haydon said.

Catch Haydon on the court Tuesday at Hamilton Field House, where he will help the Bronchos battle the Missouri Western Griffons.