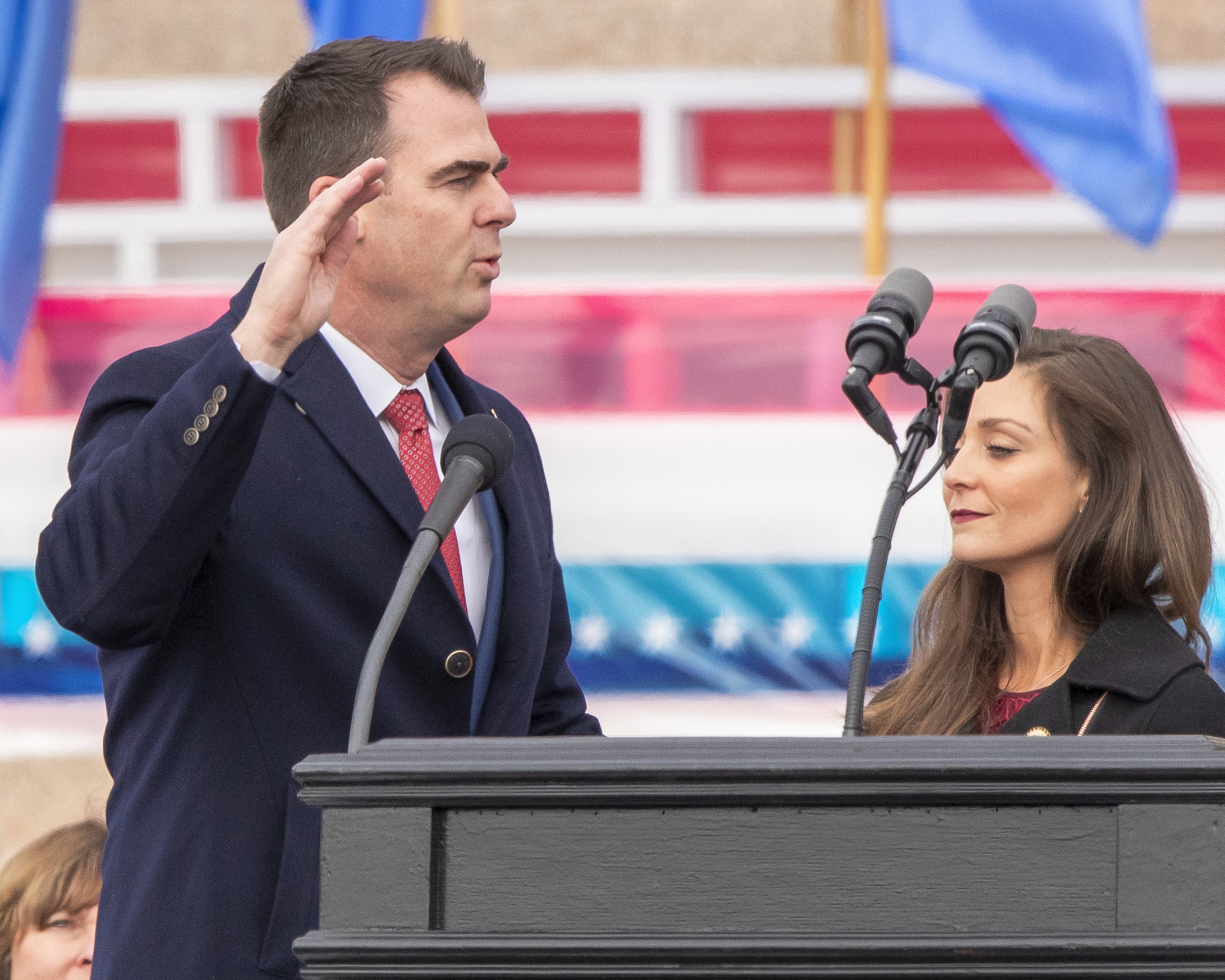 Faces of the 47th Attend Inauguration

The Faces of the 47th art installation made an appearance during the inauguration of Gov. Kevin Stitt last Monday, with education advocates displaying posters of 47 children in hopes to remind Stitt of his campaign promises to increase Oklahoma’s education quality.

In 2018, Oklahoma was ranked 47th nationally in overall education funding. After the teacher walkout last year, Sarah Agee, mother of two and art advocate, wanted to bring more awareness to the lack of funding in Oklahoma’s education.

Local artists, photographers and filmmakers worked together to create Faces of the 47th to provide a visual reminder for voters to stand up for education, according to Agee.

“We took 47 of these prints across the state and pasted them as our installation,” Agee said. “We have an installation in Waynoka, Norman, Oklahoma City and Pauls Valley.”

“I had an extra set of prints and it was important to me today to bring them to the inauguration and hold them to show the politicians, citizens and incoming Gov. Kevin Stitt that we mean business.”

“I hope Kevin Stitt really gets a picture for who he’s serving and that the youth are really our future,” said Nicole Emmons,  a Faces of the 47th volunteer and a former teacher at James L. Capps middle school in Oklahoma City.

As a teacher, Emmons said that class sizes and the amount of time she was given to teach students were two of the biggest challenges she faced during her time in the classroom.

Agee, who was active and visible throughout the inauguration, said she feels her welcome to Stitt was successful.

“I hope he does a better job than our previous governor,” Agee said. “The future education of these children matters.”

Faces of the 47th is in partnership with the INSIDE OUT Project inspired by French urban artist and photographer JR’s large-format street pastings.

Each INSIDE OUT group action around the world is documented, archived and exhibited online. Over 260,000 people have participated in 129 countries.