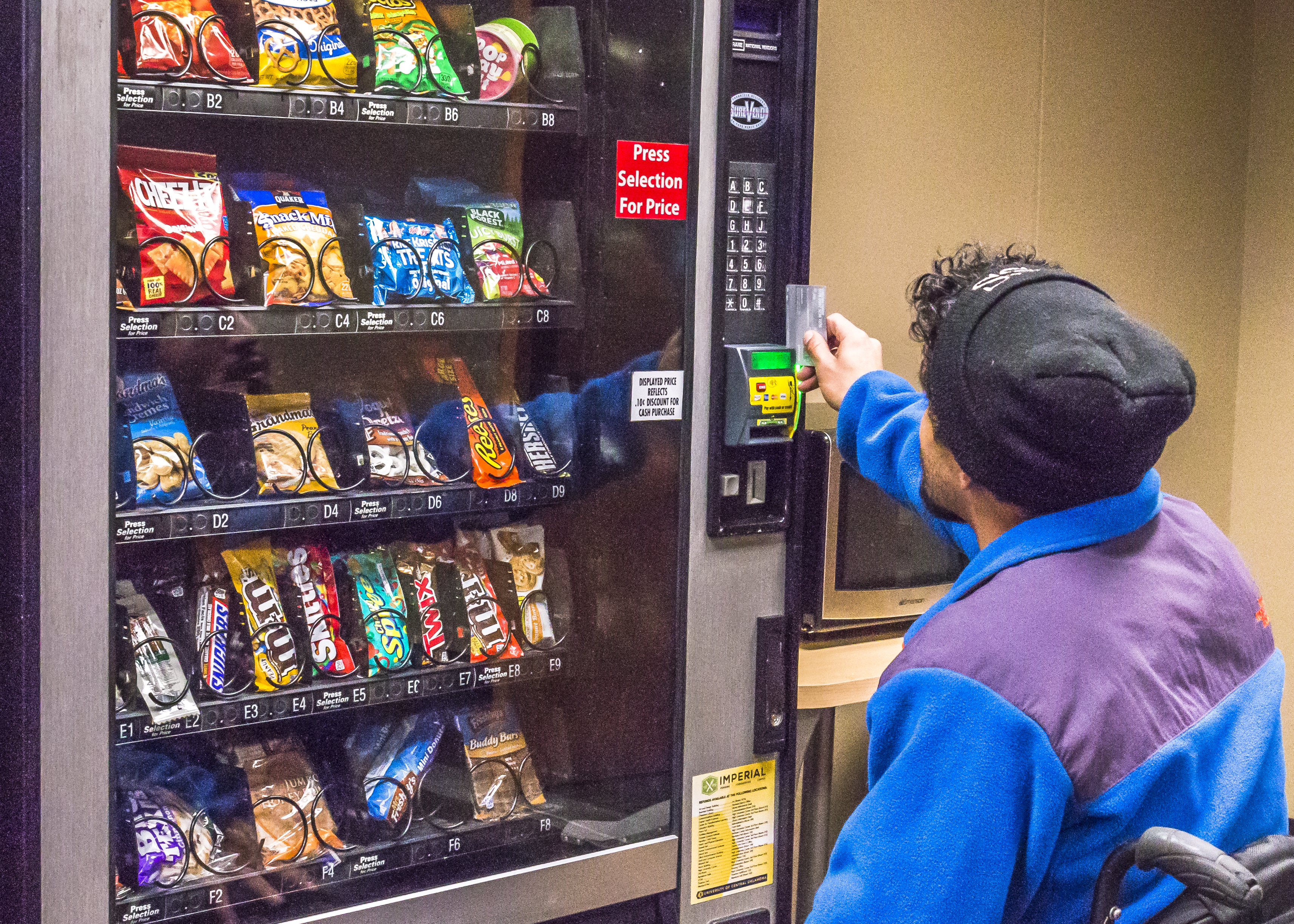 Multiple students have purchased expired food and drinks from the vending machines in the Mass Communication building on the University of Central Oklahoma campus in recent weeks.

The issue was first reported the week of Oct. 21. John Redfearn, a senior professional media major, said he noticed something was off when eating a bag of Gardetto’s.

“[They] didn’t taste right – really stale, really just not right,” Redfearn said. “And so I looked at the bag and it turned out they were over nine months old, or expired.”

Baylee Scmidlkofer, a junior professional media major, purchased an expired Coca-Cola on Oct. 28 from one of the machines.

“Halfway through the bottle, I looked at the date and it said December 2018,” Schmidlkofer said.

Schmidlkofer said she felt a wide array of emotions after realizing what had happened.

Schmidlkofer said she did not immediately notice a difference in taste, but did wonder if drinking the expired soda might cause illness.

The Vista purchased a Dr. Pepper and Chewy Spree candy on Oct. 30 and found that both items were expired, although with less of a time gap. The Dr. Pepper was dated for Oct. 15, 2019 and the Chewy Spree had an “End Sep. 2019” date.

The Vista obtained a copy of the agreement between the university and Great Plains Coca-Cola, the listed, contracted service provider for campus vending.

Rick Vega, director of Campus Enterprises Services, said that Great Plains Coca-Cola is no longer a locally based company and has also outsourced the servicing of the snack machines to Imperial Vending.

The contract The Vista reviewed does not mention any standards for how often expiration dates should be checked.

Vega said that while it may not be expressly stated in the contract, checking dates is an expected and assumed condition for the vendors.

“That should be a given, there shouldn’t be any expired product out there,” Vega said. “Either somebody’s overlooked that or somebody’s not doing what their supposed to be doing.”

Vega said he has seen the restocking process at the machines in the Nigh University Center and watched the vendors remove product. He added that he is unsure how the problems in the Mass Communication building occurred.

“I will be addressing this with each company to let them know,” Vega said. “There’s really no excuse, except something got dropped and if it’s in your machines it might be in others, so it’s something that needs to be looked at campus-wide.”

Vega said he is actively working with both Coca-Cola and Imperial to solve the problem and ensure it does not happen again. He added that he hopes to reach a solution as quickly as possible.

Vega also said that if anyone on campus notices a problem with vending, they should reach out to him directly so that he can take care of it.

“I’m the liaison, so I can reach out to the proper people and let them know what’s going on,” Vega said.

While the university is attempting to solve the vending machine problems, students should be mindful of the products they purchase and check dates before eating or drinking them.