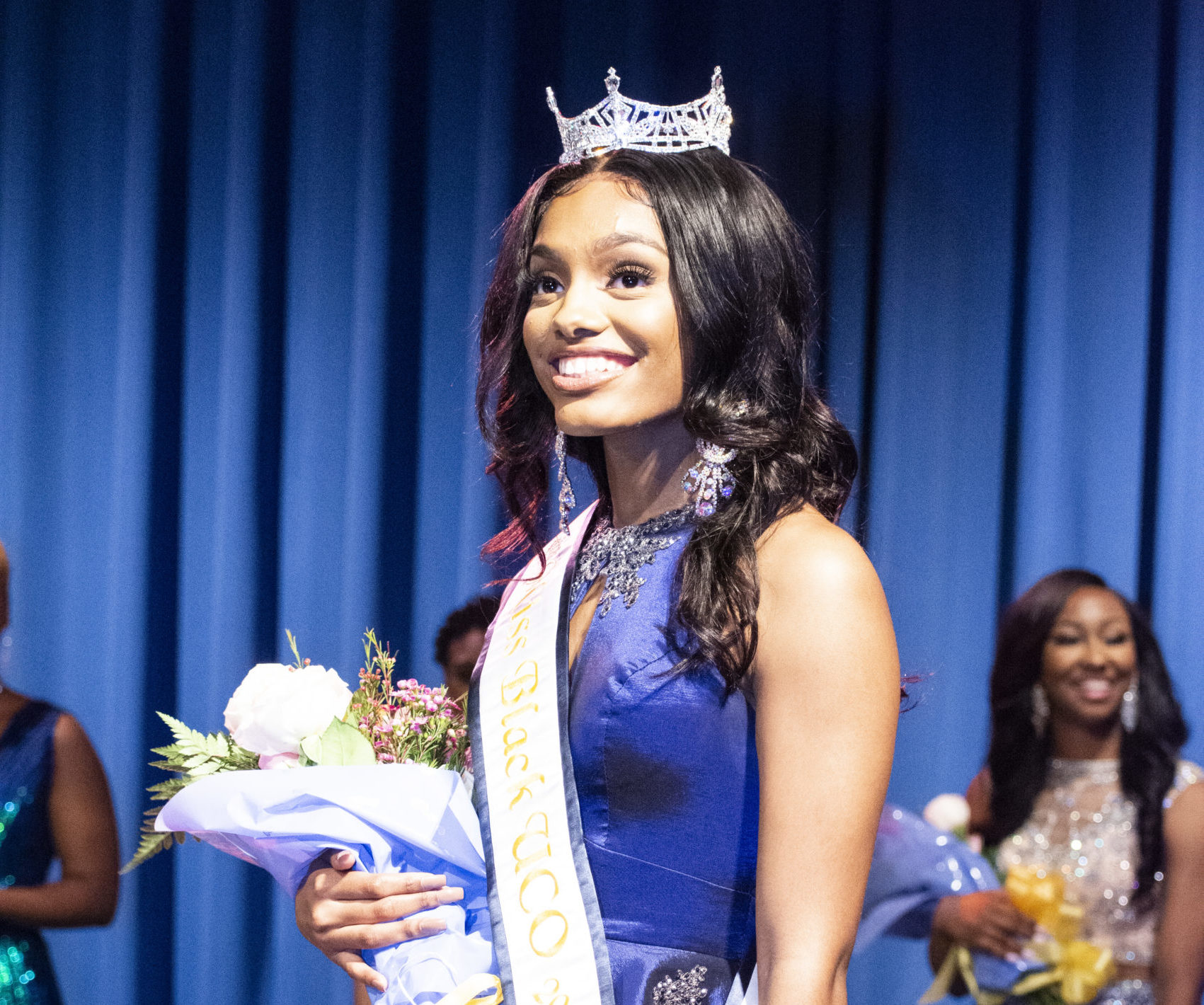 Sophomore Erica Burkett was crowned the winner Saturday of the 36th annual Miss Black UCO scholarship pageant. Burkett competed against seven other students for the pageant, which encourages African American women to embrace their diversity and showcase their talents.

As the overall winner, Burkett receives $1,600, a sash stating her victory, and a platform to raise awareness of Alzheimer’s disease and dementia.

“I want black women on this campus to be confident and proud of who they are. We have so much magic that we aren’t even aware of,” Burkett said.

Alongside her winnings, Burkett said she personally feels as though her confidence has flourished and although she is a music theater major, her focus has been shifted from just music to encouraging others of diversity in a broader spectrum and reminding others of the effects of Alzheimer’s and dementia.

Alongside Burkett, Tyshael Friday walked away with the People Choice Award, Kristi Rose with the Lindel Walls Award, and first runner-up award.

Domonique Bruner also walked away with the title of runner-up for Miss Black UCO.

“I am just so blessed that I even got the opportunity to compete with these amazing girls,” said Bruner. “It wasn’t always about the crown for me, it was just about me getting on the stage and showing my confidence and telling myself that I can do something as gracious as this.”

The pageant was established in 1985 as a place for African American women to feel included.

According to Liz Tabak, diversity education coordinator, the money allotted for the pageant can vary, however $2,000 is typically requested. The money comes from UCO Student Association funding, who also provide funding for the all of the university’s pageants.

Tabak said contestants for the Miss Black UCO pageant do not have to raise any money in order to be a contestant, so this pageant is open to all. With an equal opportunity at winning, all contestants entering Miss Black UCO, or the other three diversity pageants on campus, are eligible to receive a tuition waiver – up to $1,600.

As UCO offers the Miss Black UCO pageant to help African American women appreciate exactly who they are, many colleges offer similar pageants to help promote black individuals love and confidently wear the skin they are in. The University of Oklahoma also offers a scholarship pageant, which also occurs annually during Black History Month, a time to represent and celebrate black culture.

The Miss Black UCO pageant allows black women to wear their natural hair, if so desired, and look their idea of beautiful for their culture. Pageantry is more diverse than ever and for Miss Black UCO 2020, Erica Burkett, this is only the beginning.